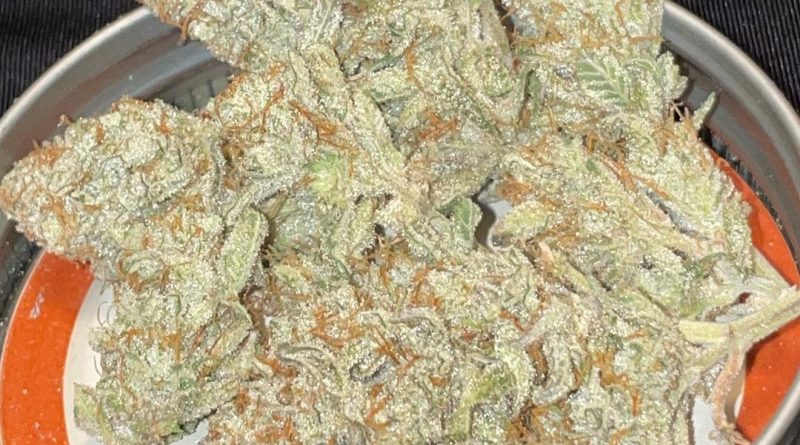 Hey what’s up everyone? I hope you are all enjoying your Super Bowl Sunday and are ready for another review I have for you all. Its no secret at this point that Dank dabs has powered a lot of reviews on my page from various brands, by assisting them. Today, will be a little different as I will break down the various features on the Snowball, which was cultivated in the dank garden. The Snowball leans towards those “old school” genetics as it features a cross between The White and Chem 4 OG. Although I can’t recall ever have hearing about this strain, it doesn’t take much convincing for me to believe that this cultivar had potential to be an extremely gassy smoke given the Chem-dominant lineage. I haven’t had a chance to review anything from the garden since the Blue Sherb and Runtz back in October so I was thrilled to see how this would line up. Let’s waste no more time and get into the facts!

When I was gifted the Snowball, I received it in the same small glass jar with gold twist-off lid I had been receiving majority of the assisted reviews in. I was slightly disappointed these did not come in the fancy Dank Dabs branded jar so I might have to reduce the score on this by -0.5 points (just kidding). When I twisted off the lid, I picked up on a fairly pungent nose of pine and diesel aromas. I also was able to hone in on some faint notes of citrus as well as spice. Pulling the nugs out of the jar, I was met with long, lanky and stemmy nugs that had a bit of leafiness to them. Despite the leafy texture, the buds were still fairly dense. The colas on each nug were fairly prickly given the stemmy nature of bud. They were composed of a lime green color with a never-ending amount of pistils that spiraled around the body of each one. Not to mention, but every bud had heavy amount of triche coverage, giving them an overly frosty appeal on the aesthetics.

Due to the pressure and gaseous flavor the Snowball possessed, the medicinal effects began to creep up about halfway through the sesh. I was initially met with a balanced, relaxing sensation that took over both my head and body. My train of thought became loose as well as my mind began to wander. At the same time, I started to develop a feeling of my body sinking into the couch I was sitting on. Around 20 minutes following this, I felt fully aloof and started to form a mild “drooling” effect as I could not put together anything well thought out. My body felt fully sedated, putting me into a semi-slumber. I felt tired but hungry with the urge to raid the closet for some cookies. This cultivar ironically worked very well throughout the blizzard we had a couple weeks back given the name. Besides that, I also found this to be a thorough night time smoke given the indica-dominant effects it gave off. Overall, the duration of the high wasn’t overwhelming as I felt the effects wear off a little under an hour and half after lighting up. Nonetheless, the medicinal effects created by the Snowball were highly enjoyable making it something I would not pass up in the future.

Bluntly speaking, I believe this is a cultivar that would be enjoyed strictly by those who enjoy a gassy smoke. If you’re looking for any unique, cutting-of-the-edge terp profile this is probably not what you are looking for. I do think this would be enjoyed by most but should be reserved for more experienced smokers who can, figuratively speaking, take a punch in the face. As mentioned, this cultivar really works well at night given the strong, indica-dominant effects it puts out. This will also work well for those experiencing depression, rage, or any mood-related illnesses. For the most part, this was another desirable offering from the Dank garden and I should have his Petro Chem up sometime later this week.

Upon breaking the buds down, the yield was less than impressive due to the amount of stems needing to be pulled out of the pile of broken down bud. However, the break up did result in a trillion of scattered, dusty kief particles even though I needed to fill the joint up a little more than usual. The dry pull I received on the Snowball held a minty diesel flavor which fed off a sugary, sweet undertone.

When I sparked up the Snowball in an Organic RAW, strong pulls of diesel, pine and lemon-tasting citrus terps set the tone for the first 1/4 of the joint. On the way out, I experienced a spicy and meaty taste that concocted with a slightly musty undertone. As I started to get into the sesh a little, the smooth pulls became increasingly gassy the more and more those diesel terps amplified. Once I was about halfway into the sesh, I started to pull a sweeter (and more sugary) taste on the inhales which was reminiscent of the taste on the dry pull. At this point, the exhales juxtaposed this by becoming spicier as the inhales were becoming seemingly sweeter in flavor. The Snowball provided a lot more of a unique taste profile than just the ordinary Chem/OG characteristics I was expecting this cultivar to consist of. Still, the gaseous effects from it gave this cultivar the “old school” appeal anticipated from the lineage. The quality of smoke as well as the consistently were on point, however; the Snowball resulted in an inconsistent darker-to-lighter grey ash which produced a fat terp ring to support. Personally, I didn’t feel like the inconsistent ash took away that much from the smoke as this cultivar burned clean for the most part, including no apparent loss in flavor. All in all, the smoke met my expectations leading to fairly potent medicinal effects. 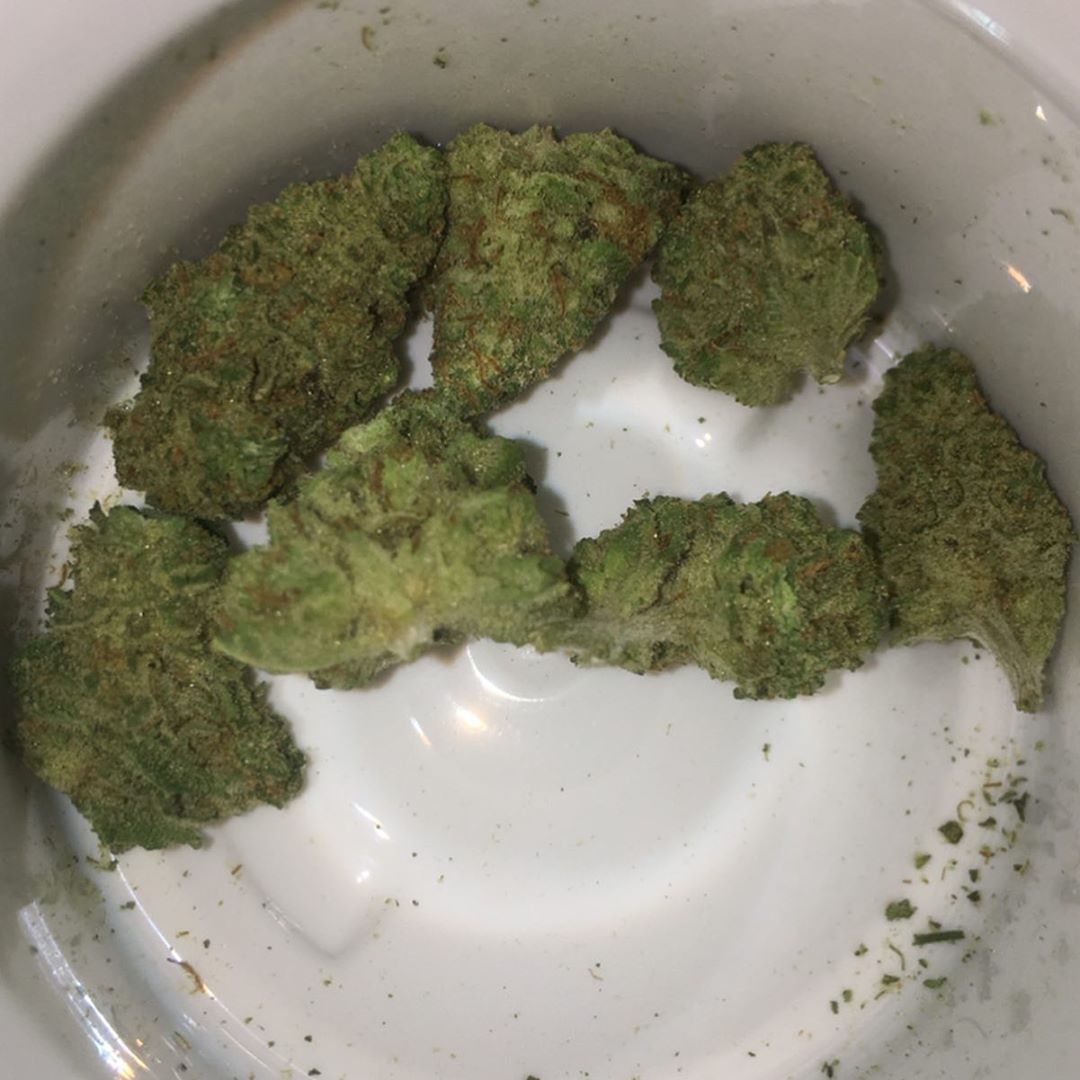 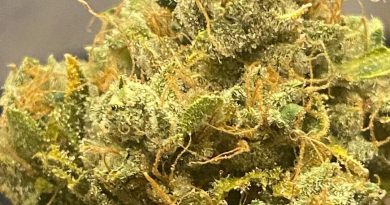 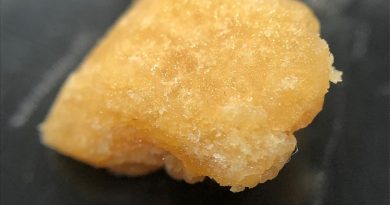