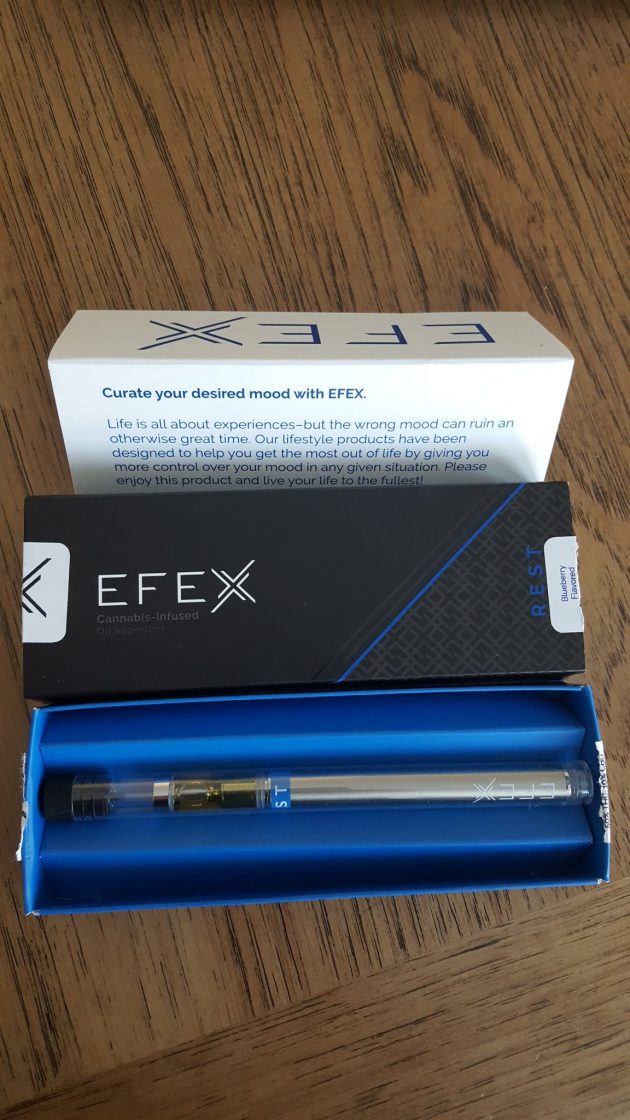 After trying the HEAL EFEX oil vaporizer, I also wanted to try the DREAM (REST) flavor EFEX vape. This pen also comes with 50% THC, 10% CBD, and 40% terpenes. All in all, it’s not the strongest when compared with other thc vape brands but the amount of terpenes is above average. DREAM (REST) comes blueberry flavored so my guess is that the added flavoring is some combination of typically indica-associated terpenes like myrcene and straight up blueberry flavoring. Researchers have generally found that some of the more complex smells are produced by unique combinations of multiple terpenes. There is a difference between oil with re-added terpenes (read: just a few) versus properly extracted oil which would still have the hundred+ terpenes naturally occurring in whatever strain of cannabis was processed. I have a feeling that EFEX is on the front end of that spectrum. Either way, this product is meant to “calm your body and mind for more restful, rejuvenating sleep.” Now, I’ve taken to not smoking before I go to sleep as I find it messes with your tolerance… but if I were to end up taking a nap and day dreaming, we’d know this flavor is extra potent. The thing is, I rarely nap and I never dream. I’m down to rest, though!

How is the packaging? How does it hit?

Pretty much the same experience as with the EFEX HEAL flavor. I do appreciate the no-button design sometimes. Usually when the vape pen needs to stay in my pocket for long periods of time, and I don’t want the vape accidentally activating when I bump into something.

How does it taste?

All I taste is blueberry and it is an artificial blueberry taste. The blueberry taste here is a lot stronger than the vanilla, mint combo in the HEAL flavor. You really taste it on the way in and on the way out. I guess, somewhere in the taste of blueberry, there’s the familiar taste of marijuana.

How long until activation?

A steady climb that starts from 5 minutes on

How long does it last?

I don’t know if anyone else gets this feeling ever, but this type of indica inspire blend always doesn’t seem to last as long for me. I feel like topping off my high within 30 minutes even though this is my first toke of the day. It’s not that the effect isn’t still there, it’s that it’s very easy for my mind to just establish this lack of aches and calm feeling as my new base line.

How does it feel?

I think I feel like I would on a lazy day where if I didn’t have anything to do, I might just take a nap and not feel bad about it. Once you get past this potentially placebo ennui, there really isn’t much to the high besides a feeling of sedation. This is the type of high where you’ll find your mouth hanging open.

In general, I thought that this brand of vape pen imitated flower highs very well. This particular strain, likely by virtue of the particular terpenes added, does imitate a flower high but it’s the high from KB or beasters – not some top shelf purp. Again, EFEX has a pen for every mood, and they even have suggested usage situations. For this DREAM (REST) pen that I have, the suggestion is fittingly:

Use before bedtime to promote a restful night’s sleep.

Use if you want to be active as it’s a sedating product. I bought this at the same time as the EFEX HEAL vape and I’m still a little salty that the battery ran out before the oil did (for both of them). Still waiting for a response from EFEX! Besides that though, what I don’t like about the high is that it doesn’t have much for you if you don’t fall asleep. Given that my use case isn’t “normal” or “as advertised,” I guess that isn’t actually a legitimate complaint. I’ve never been one to fall asleep while high because I sometimes (especially while high) feel like I’m wasting the high.

All in all, this is the least favorite EFEX pen that I’ve had but that is largely due to personal preference. It does work as advertised and for the price, it’s a good deal. Sweet dreams! 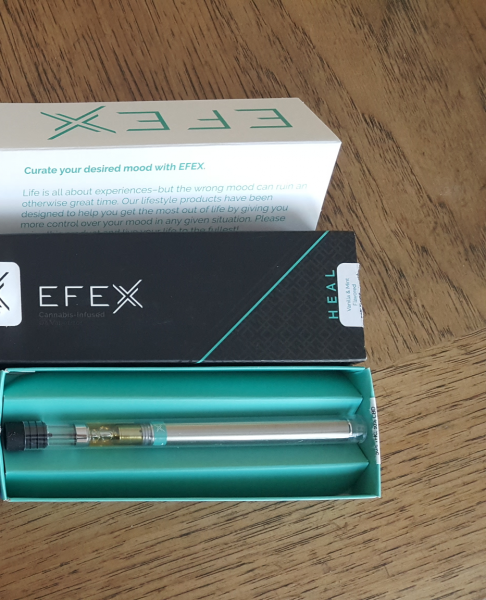