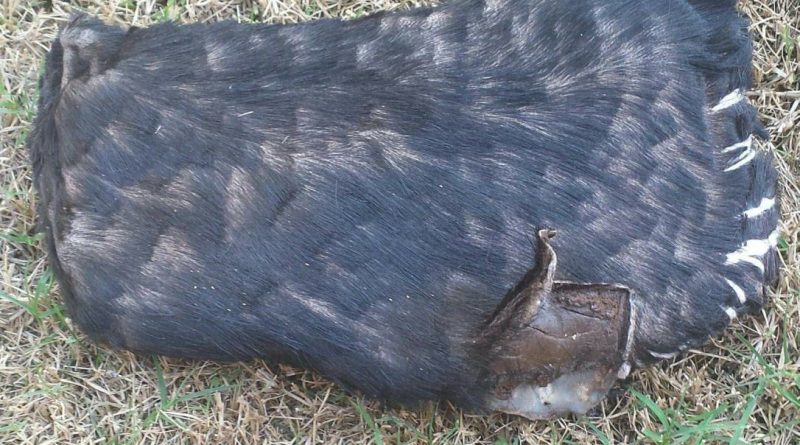 Nestled in the Tirah Valley, Khyber Pass area of the Hindu Kush mountain range near the border of Afghanistan and Pakistan, there lies a storage trunk that would emit a particularly unique odor if opened. Traditional hash curing practices are still being used in South and Central Asia – and they might be a little too furreal for the median cleanliness minded dabber.

I’m talking specifically about goatskin cured hash which is an ancient and endangered technique for curing hashish that involves – you guessed it – goatskin and hash.

Landrace Warden: “only certain people get to see it and taste it.”

Called “Awal Namber Garda,” goatskin or sheepskin cured hash is a Pakistani tradition. I first learned about goatskin cured hash from my fellow Certified Ganjier, Bob, who showed me this LinkedIn post by the Landrace Warden. Thanks to the Landrace Warden for agreeing to do this interview and all of their hard work to showcase this fading method of curing hash and to promote the protection and preservation of landrace Cannabis genetics and ancestral cannabis culture.

If you’ve ever smoked goatskin cured hashish or have any thoughts at all about the greatest of all time way to cure hash, please comment and share with us. Just to be clear, I don’t think anyone is claiming that goat hash is the G.O.A.T. hash but let me know if you want an invite to the side by side.

How did you become the Landrace Warden?

Landrace Warden is the name of a person/my name to describe my passion towards work which is to protect and preserve landrace Cannabis genetics of the ancestral origin.

What is your mission?

My mission is to collect and preserve most of the domesticated and undomesticated cannabis varieties from the central and south asian origin.

Is the goatskin tanned?

Yes, it is tanned.

How deep is it buried?

I have not seen any of the people/tribesmen digging out goatskin hash pouches. instead they keep it in storage trunks under room temperature and darkness.

Is there a ceremony around the uncovering of goatskin cured hash?

No, there is no ceremony.

What is the typical duration of a goatskin cure?

Typically it is ready in 6 months.

Does the goatskin cured hash command a higher price on the local market?

Well, it does but most hash producers do not practice such methods nowadays.

Is the goatskin cured hash sold at all or only used for personal consumption?

It is not for sale, only certain people get to see it and taste it.

Is there a particular region that this practice is known to originate from?

It originated from the Khyber pass, Hindu Kush Pakistan origin.

How rare is this? What percentage of farms cure their hash in this way?

It is rare, because not many prefer the taste profile.

What is the normally practiced way of curing hash in the region? For how long?

It is cured silk, clothes with metallic storage cans stored in dark places or buried underground, it gets ready in about 3 months or can leave it for more time for preferred taste profile.

How would you describe the smell and taste?

The smell is strong, acrid, pungent , gasoline and dairy-like along with southasian spice aroma accompanied with citrusy orange peels.

How would you describe the high?

Very mellow and lethargic with slurred speech and social vibe.

How long do you prefer hash to be cured?

I prefer it to be not less than 3 months.

The oldest hash I’ve smoked was 17 years old, mostly the product gets sold out quickly so not much time in such a demanding region.