Marijuana legalization reduces drug overdose deaths. This effect is felt by both the state that enacts the legalization, and also – unsurprisingly – neighboring states. This common claim now has government data to back it up. Every year, tens of thousands of Americans die from drug overdose. According to CDC data on overdose deaths from 2000 through 2017, roughly 68% of those deaths are caused by prescription or illicit opioids.

In August of 2019, a study published in Economic Inquiry by researchers from the University of Massachusetts at Amherst showed that the rate of overdose deaths, particularly those caused by synthetic opioids, has fallen in states that have legalized recreational marijuana. Nathan W. Chan, PhD, a co-author of the study, stated:

While the 2019 study focused on overdose rates within the states that legalized recreational marijuana, I was curious as to whether or not this effect could also be observed in neighboring states.

After marijuana legalization, how are drug overdose death rates in neighboring states affected?

The thought is that legalization of recreational marijuana in a neighboring state would also increase the availability of marijuana for anyone able to travel to and from the state. To look into this thesis, I looked at the CDC overdose maps by state for the years 2014, 2015, 2016, and 2017. Over these years, the total amount of overdose deaths rose by significant amounts each year. When fentanyl started really hitting the streets between 2015 and 2016, the amount of deaths rose 21.5%. Between 2016 and 2017, the rate was only 9.6%. Even so, states that were neighbors of states with legal recreational marijuana sales did not see as drastic of an increase if they saw an increase at all.

At the time of their legalization in 2014, Colorado was the first state in the world to allow the recreational sale of marijuana; so theoretically, all seven neighboring states benefited. Colorado’s seven neighboring states are Utah, Wyoming, New Mexico, Nebraska, Kansas, Oklahoma, and Arizona (technically). Of these seven states, though, the availability of a dispensary near the border as well as the distance from the neighboring states most populous areas to said dispensaries all likely played a role in how many people made the legal trip to the recreational dispensary and the illegal trip back with their legally purchased goodies.

In looking at neighboring states to Colorado, four states stand out:

On the other hand, in neighboring states such as Arizona, Nebraska, and Utah, where the average resident would still be hundreds of miles away from the closest dispensary in Colorado, overdose deaths continued to rise. Though, In each of these states, the number of overdose deaths rose at a lower rate than the national average.

The trend of border towns in Colorado having inordinately large sales was highlighted by Westword in 2018. One such town, Trinidad, reported $20 million in recreational marijuana sales in 2016. For a town with a population of 8000, that works out to $2500 worth of marijuana per resident. I don’t care how high you are, it should be obvious that Trinidad’s residents weren’t the only source of demand. It’s impossible to say how much of that legally purchased marijuana made its way back across state borders, but it’s naive to think that the number is zero.

As marijuana legalization spreads across the country, more data will become available

The coming years will provide more and more data to prove this thesis. While the existing CDC data only allows for some observations on Western states, marijuana legalization since 2017 has opened the floodgates for much more public data. My claim is still far from a scientifically proven fact, but let’s call it a data backed hunch that bears more research. While some may view this as proof that there is intra-country smuggling of marijuana going on, the fact is that less people are dying and this is a likely explanation that I expect the data to eventually be able to prove. What this should be is a wakeup call to legalize recreational marijuana all across the country – at a federal level.

Featured image from the CDC. 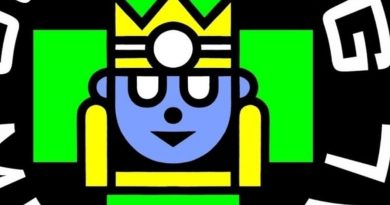 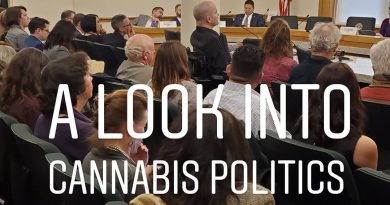 Lobbying for employee rights to use cannabis off hours in Colorado