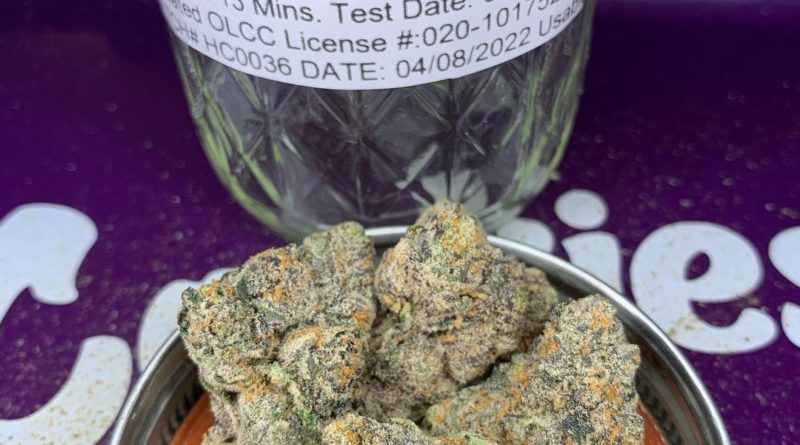 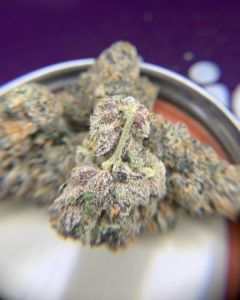 Bacio Gelato has beautiful bag appeal. Its electric orange pistils, faded mauve leafage, and pastel green buds stand out under a substantial swathe of trichomes. The trichomes themselves cover almost every surface with elongated stalks and massive heads that glimmer in the light. The buds have vibrant gradients of purple and even more trichomes on their undersides and insides, elevating the myriad of striking colors and visuals on display 😍

Bacio Gelato has a sensational nose on it. It’s mainly characterized by a sweet, creamy vanilla aroma paired with a substantial layer of warm dough and a skunky, piney gas backend. Breaking the nugs down releases a powerful fragrance of hot, caramelized sugar and petrol gasoline. The ground product smells sugary, creamy, doughy, and gassy, like someone lit a whole bakery on fire🍦

The flavor on the Bacio Gelato is outstanding. It hits the palette with a sweet and airy vanilla creaminess from the first inhale. The exhale is remarkable for a lightly spiced petrol gas flavor that is so rich it can be felt in the nose. The sweetness of of the cultivar just resonates and tickles the tongue with a sugary zing on every hit. The creaminess, sweetness, and gassiness intermingles and amplifies as the joint burns down creating a rich, dulcet, and overall irresistible flavor ⛽️

Bacio Gelato has a notable effect that induces cerebral bliss and a feeling of elation from the first hit. It eases tension in the neck and shoulder muscles and creates tangible body weightiness. The heaviness of the high can take you by surprise if you aren’t careful. The flower appears full and fluffy but is actually relatively dense. Its soft and creates a slight amount of large grained kief when ground. It burns perfectly, cleanly, and astonishingly smoothly on every hit 😶‍🌫️

All in all, I found the Bacio Gelato by Highly Cultivated to be phenomenal. It checks the boxes for bag appeal with a surprisingly potent high and a profile that reminds me of vanilla milkshakes and shortbread splashed with kerosene. Outstanding work all around 🔥 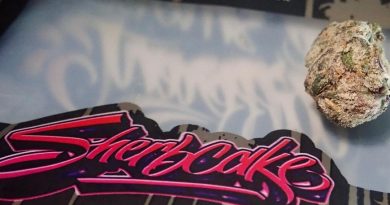 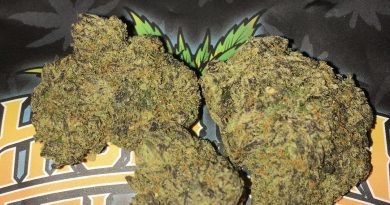 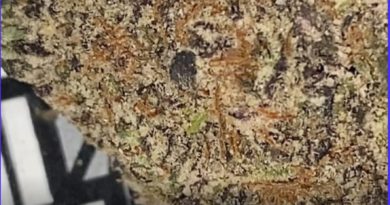