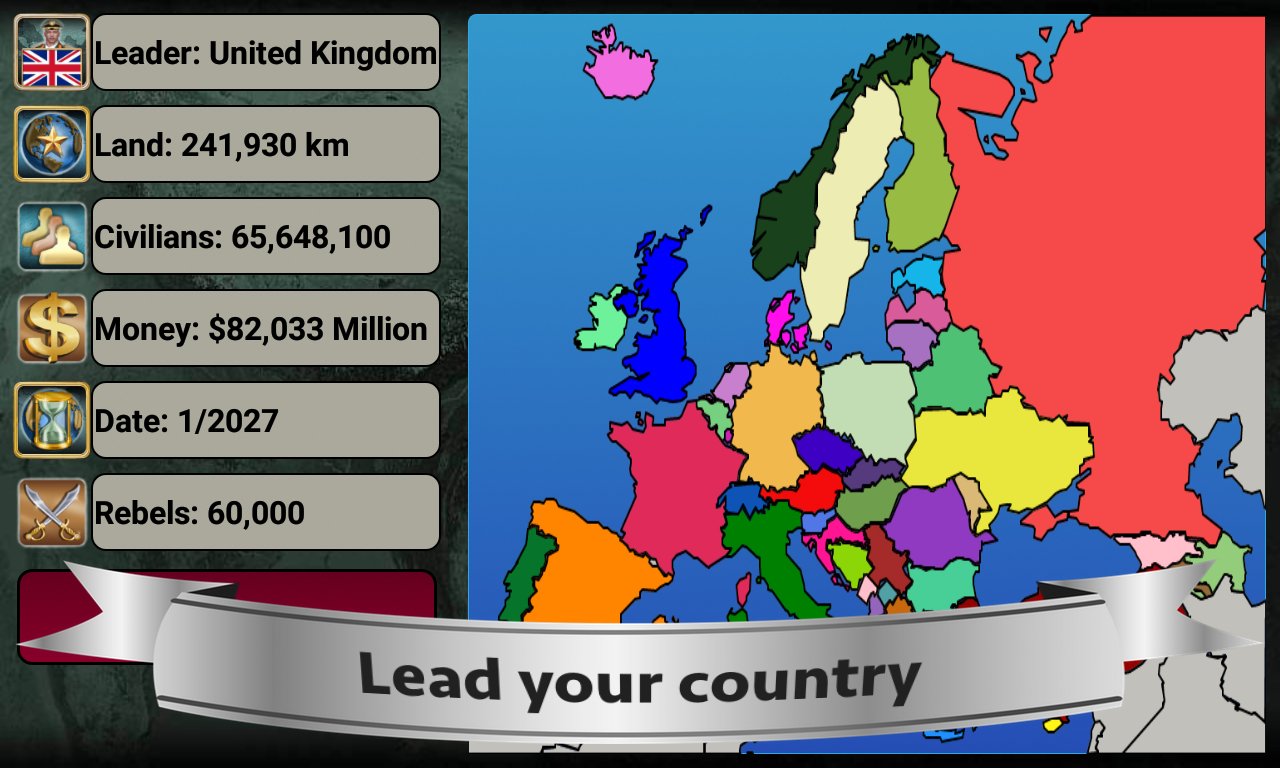 Europe Empire 2017 is a turn-based mobile game made by iGindis. The game is simple – choose a country and create your European Empire turn by turn similar to the “fun” part of the Total War series.  Turns are the duration of a month, and it’s therefore very likely that you won’t conquer everyone by 2027. I’m actually not sure why 2027 is the chosen date – maybe iGindis knows something that we don’t, and WWIII is set to break out in 2027.

Gameplay is simple and therefore easy to get hooked. On your path to continental conquest, you can focus on technological progress, economic progress, military progress, diplomatic progress, etc on the tech/skill tree. The amount of ways to progress in this game in each of the distinct stages are endless. Diplomacy keeps you safe while you’re building up, but it only holds you back when you’re conquering the continent! Just because things seem bleak at a given point, doesn’t mean you can’t turn things around. Just ask Napoleon! Also, protip – save Russia for last. Just ask Hitler!

Here’s a summary of my first play-through:

Here at THC, we do game reviews on a modified Game Informer review scale without a final score but with a “should I play it?” suggestion.

Concept: A time-tested concept that has been compressed into a game for my Android phone. There’s also Asia Empire 2027, Middle East Empire 2027, Africa Empire 2027, but no Antarctica Empire 2027 :(.
Graphics: The illustration/animation style is unique but not far enough along the uncanny valley for me to praise.
Audio: Fitting but forgetful. Orchestras are from Europe so don’t be surprised to hear some.
Playability: Tap tap tap, there’s no hard controls and the options are all self explanatory.
Entertainment Value: Fun for the player, maybe less so for any observers.
Replayability: High compared with other games

If you liked turn based games, world conquest, and have an Android phone  – it’s worth trying at least once.