Guava, or guayaba (Spanish) is one of my favorite fruits. Psidium guajava originated in Central America and the West Indies. Spanish and Portuguese sailors spread the superfruit to Asia – where it is a staple fruit in countries like India, Thailand, and Taiwan. While the texture can vary from apple-like to banana-like, the flavor always packs a sweet tartness that is distinctly guava-nese. Beyond a delicious taste, the guava also packs Vitamin C and other health benefits within its juicy core. The indelibly tasty fruit seems to be equally loved on both sides of the Pacific Ocean – and even share serving suggestions! I love guava because, to me, they represent a universal munchies truth: If some way of eating some thing is delicious, then it will be adopted even across disparate cultures.

There are myriad colors and sizes that guavas come in, and I love them all. In Asia, they generally are larger and less sweet – usually with a pearl white flesh and pear-like shape. Contrast that with the stereotypical American guayaba which is most commonly found with pink flesh and in tiny 1 to 1 and a half inch in diameter spheres of sweet, juicy goodness. There even exists a yellow fleshed guayaba known as the “lemon guava.” When eating… Don’t peel off the guava rinds, they’re the best part in terms of antioxidants! Up until I was in my 20s, I had only ever eaten the Asian guava from my parents’ country of Taiwan where it is known as 芭拉 (Bā lā). There, it is often sliced up like an apple and served with a dry powder as secret sauce. The powder is made of dried plum, salt, and sugar and is known as 酸梅粉 (Suān méi fěn).

Pink Guayaba in the Americas It wasn’t until a fateful day at the local panaderia while I was living in the heart of Los Angeles that I came across American Guayaba in its minute form – being sold for 50 cents a pop. The guayabas are so tiny that the first thing I usually notice when guayaba is around is usually the smell. Wherever the scrumptious food is being sold, if you can’t smell it, don’t bother buying it.

For individual snacking, I prefer the local guayaba americana because I don’t need to whip out special sauce for it. Though, many do like to enjoy them with chamoy… which is actually Mexican 酸梅粉 introduced to the region by Asian immigrants that utilizes local fruits and flavors instead of plums.  More on the fascinating history of chamoy in a future post. I’ll also need to track down some pictures of the fruit with its respective powder or paste!

Yes! They might seem like a chore for your teeth, and that’s because they are. Swallowing guava seeds whole is not an issue for your digestive tract; in fact, the extra fiber might have your body thanking you.

Yes! Brazilians even use it to make chá-de-goiabeira and tout its medicinal benefits.

Does Guava have a lot of Vitamin C?

Yes! More than oranges, in fact. 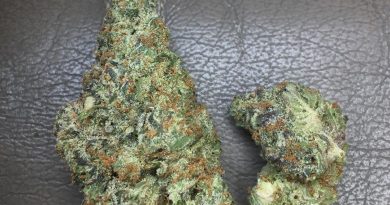 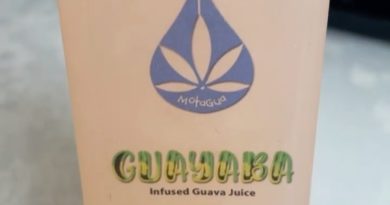