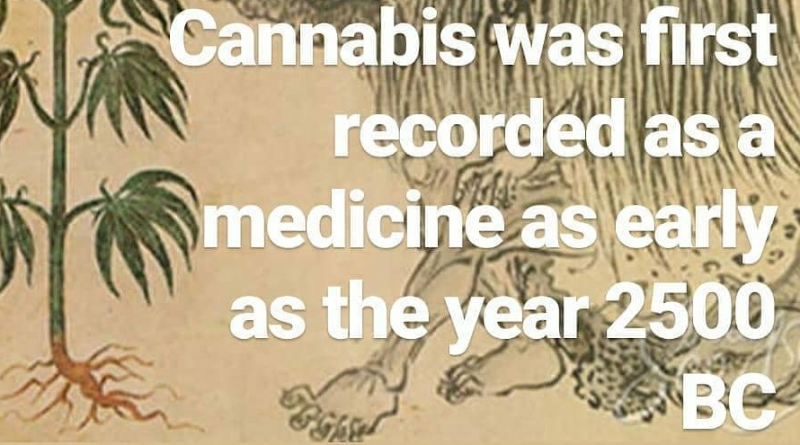 If anyone’s ever told you that cannabis is something totally new to the world, they lied. In fact, medicinal cannabis use can be traced as far back as 2500 BC China, during the reign of the Red Emporer, Shen Nung.

Cannabis was first recorded as a medicine as early as the year 2500 BC by the Red Emperor, Shen Nung

Many believed him to be a diety. He is often portrayed as a hermit like forest dweller, clothed in herbal leaves. As the story goes, Shen Nung was amongst the three sovereigns, a group of psuedo-mythological and sage like emporers. Legend tells that he had a transparent body, and thus could see the effects of different herbs as he tried them on himself.

If you ask me, that’s pretty cool. Aside from apparently have crazy powers, he is actually credited with writing the world’s first pharmacoepia, the Pen Tso’ Ching, a detailed insight into using herbal medicine. In it, he wrote about ma’, aka, cannabis. Shen Nung was so certain about ma’, that he used it to treat gastrointestinal discomfort, by the way of converting the cannabis into a tea. He went on to write about it’s uses in over 100 different treatments.

This isn’t the only recorded use of medicinal cannabis. It has been recorded in many different cultures, time and time again. We need only to look. Why, in this new age, do we tend to stop cannabis history at the era of Reefer Madness and mass hysteria? We need to look deeper at its past to truly understand this plant. Propaganda is just propaganda, many times, there is no truth to it. The very course of human history is rooted alongside cannabis. So, let’s not forget our roots.