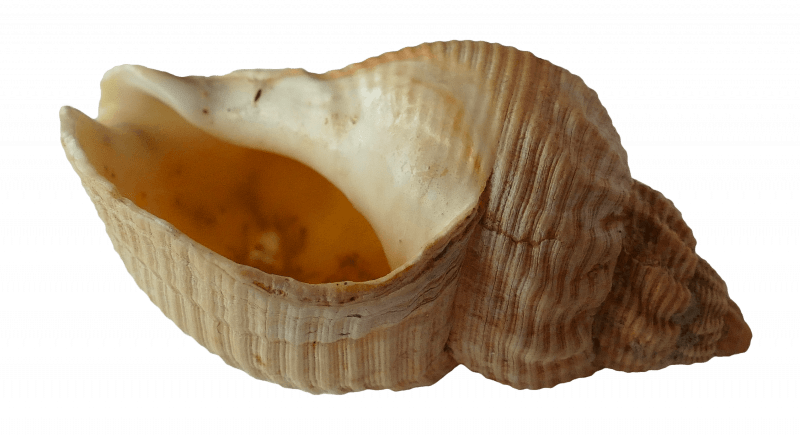 No, it is not safe to smoke anything out of a seashell because your lighter might cause calcium carbonate to enter your lungs which could lead to silicosis. Don’t believe me? Read this study on the decomposition of calcium carbonate in cockle shells. Next, check out this article which describes what temperature different parts of a flame burn at. While a candle flame is slightly chemically different than a butane lighter flame, it is a close approximation. Here’s a guess by Quora users which put the temperature of an average lighter flame at around 1000 degrees Celsius – which is more than hot enough to start causing calcium carbonate to transfer from your seashell pipe to your lungs.

But a seashell pipe looks so cool, and is so readily available!

Whenever I am at the beach, I am always looking around for fun stuff. I often collect seaweed to eat or try to pick up shells that litter the sand. It’s also fun to look at the birds eating the ocean’s bounty – or the food that beach goers brought. Sometimes I look at a shell and I think, damn that looks like it’d be a cool pipe. For anyone else that has ever picked up a cool piece of seashell that already has a hole at the end for a mouthpiece and a hole at the top for a mouthpiece the next thought should be: “Should I smoke out of this?”

Doesn’t matter: Seashells are not safe to smoke out of

Here’s a breakdown of why it is not safe to smoke out of a seashell.

While the flower itself that’s used in the seashell will combust at safe temperatures (under 825 C), most smokers use a BIC lighter to light their bowls and that flame will burn at higher than 825 C. What the exact temperatures are will vary depending on your locale, humidity, wind conditions, pressure, etc – but just to be safe – it’s better to avoid smoking out of seashells. Please, stick to glass.

If smoking out of shells is dangerous… Why did OceanTokes sell seashell pipes?

OceanTokes is a California company that used to sells seashell pipes a few years back. When OceanTokes was confronted by a concerned Redditor asking about the safety of smoking out of a seashell pipe, they responded with this:

Great question. Most shells are primarily calcium carbonate. Calcium Carbonate has a melting point of over 1,300 degrees Celsius. ( >https://en.wikipedia.org/wiki/Calcium_carbonate[1] ). Herbs (like marijuana) will burn and produce toxins as temperatures increase beyond 200 degrees Celsius. ( >http://www.zamnesia.com/content/284-vaporizer-temperatures-for-cannabis[2] ) The reality is that smoking through a shell does not break down its chemical structure.

While it is true that the flower won’t burn at a high enough temperature to cause issues, the lighter absolutely will. The melting point is not the point at which thermal decomposition starts to occur. Why the OceanTokes staff was willfully ignorant about this fact is up to anyone’s guess, but my guess is plain ol’ greed.

The good news is that it seems like OceanTokes is now out of business. My guess is the owner sought some professional advice and was told to shut down ASAP.

2 thoughts on “Is it safe to smoke out of a seashell?”