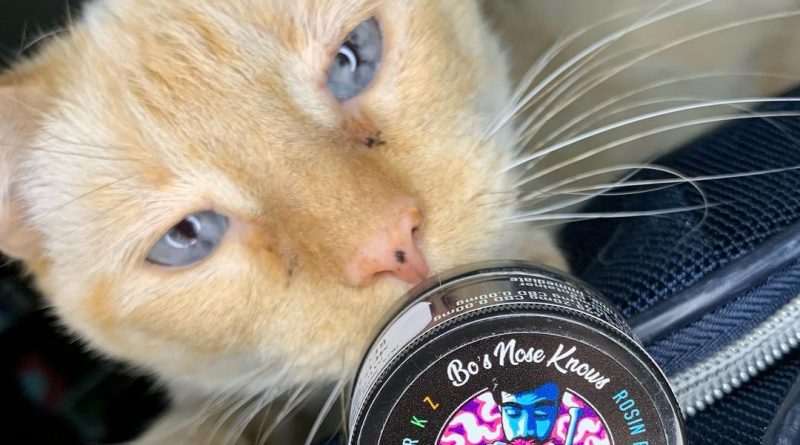 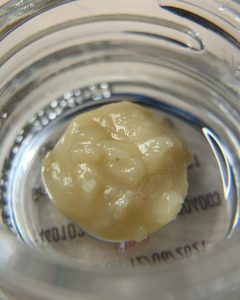 Patchwrkz is a beautiful, beige hash rosin badder. It has a smooth, butter-like texture with a mostly solid viscosity. The consistency was such that dabs loosely clung to the dab tool, but still transferred from container to banger painlessly. It has a healthy layer of glimmering terpenes. There were several small dark spots/particulates in this specific gram, but it was still a visually appealing rosin 🤩

The smell on Patchwrkz is spectacular. From the first crack of the jar, my nostrils were flooded with overpowering layers of various fruits, sickly sweet sugar, and creamy vanilla. The scent reminds me of peach gummy rings or some other kind of gelatin-based candy. Each whiff of the concentrate slightly burned my nose hairs and left a sharp impression. Overall, it has a dessert aroma that is unique and enthralling 🍬

The taste on the strain is even more vivid than the smell. It’s flavorful like a sweet tropical punch candy kick to the mouth. There are multiple complex layers of sweet, sugary, and fruity dessert terps. During different parts of the dab I picked up on orange, strawberry, grape, banana, peach, vanilla, cream, gummy worms, and starbursts. Whatever terpenes present, the flavor was consistently tasty across every temperature and dabbing format 🧉

The high on Patchwrkz is immediate and prominent. It provides significant head and body heaviness. I found myself feeling calm and blissful after consuming. The concentrate melts cleanly for a hash rosin badder. The dabs were smooth, causing me to cough only lightly while dabbing bigger amounts, although there was some nostril harshness. Overall, a satisfying dabbing experience 😶‍🌫️

All in all I quite enjoyed the Patchwrkz. It manages to hit each criterion on the list, while also providing a distinct presentation. I am a huge fan of dessert terps and this profile is a neat twist on sweet and creamy strains. I could see how people who don’t like sickly sweet or creamy strains wouldn’t dig this one, but I could easily dab grams of this concentrate if I was left to my own devices. Phenomenal work from @bosnoseknows 🔥 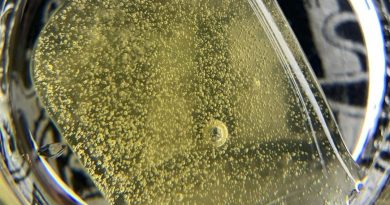