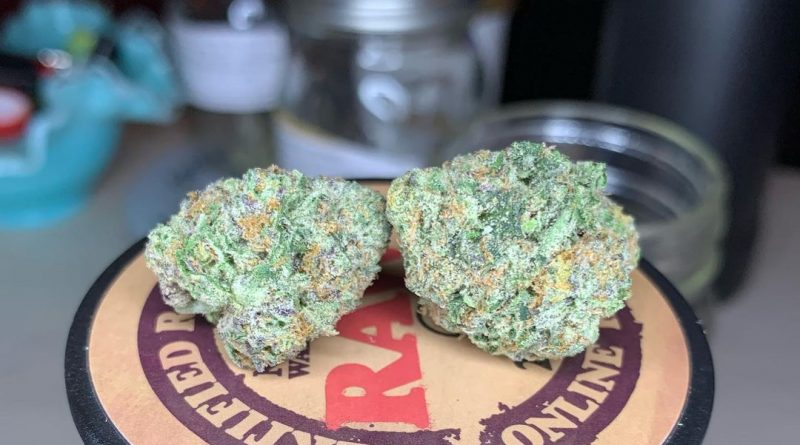 Designer Runtz has satisfactory bag appeal. It’s characterized by dense, mint green nugs with a thin layer of darker green leafage. Small clusters of light orange pistils dot the surface here and there with a sprinkling of trichromes over the entire bud. There’s some violet coloration thats more prominent lower on the nugs. Breaking open a nug reveals more pronounced purple coloration and a nice swath of greasy/wet trichromes that are sticky to the touch ⭐️

The nose on the Designer Runtz is outstanding. It has an uncomplicated sweet, and slightly fruity, profile that is reminiscent of the smell of SweeTarts. There is a tangy quality to the sweetness that faintly tickles the nose and lingers. Under the initial candy scent, there is a an earthy, grassiness. Breaking open a nug enhances the sweet candy quality of the strain and leaves a caramelized sugar smell on the fingers that’s exhilarating 🍬

The flavor of the Designer Runtz is excellent. Similar to the smell, the primary drivers of the taste are sugary sweet terpenes with a slight fruitiness. It teases the tongue in a way that only strains with Z terps in the lineage do. It’s less citrus and more sugary in terms of tang. There’s a layer of earth and grassiness, as well as a slight diesel note under everything. The strain leaves an ethereal sweet taste on the tongue that slowly wanes and gives way to a mild earthy/diesel aftertaste 🍭

The high on the strain is fairly strong. It provides a heavy head high with a salient headband feeling almost immediately. I found it created a moderate body high with mild couch lock and some sluggishness. The strain is sticky when broken up by hand and produces minor kief when grinding. It burned flawlessly in joints and cones 😶‍🌫️

All in all, I really enjoyed the Designer Runtz. It has underwhelming bag appeal for a Runtz-cross, but it makes up for that effortlessly in terms of smell, flavor, high, and overall quality of smoke. I can, and do, usually smoke through strains like Designer Runtz much faster than average because of how enjoyable they are to smoke 🔥 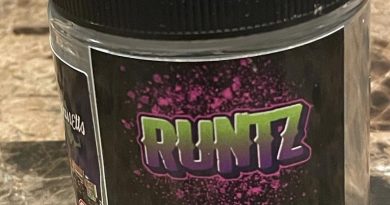 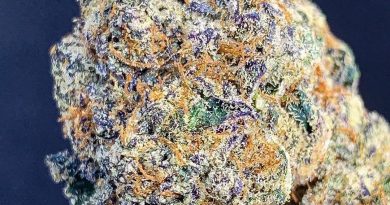