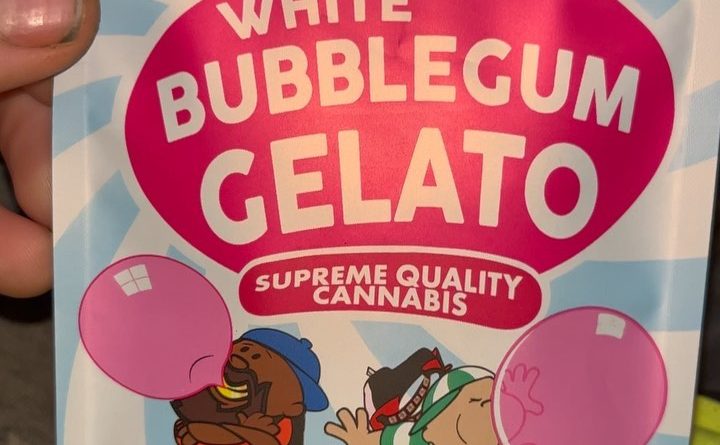 *adding a couple that I completely forgot about that I smoked a while ago. Not gonna go to in depth cause it’s been a min and none were super special but I’ll see what I can do so y’all can still get the picture on them. White bubblegum gelato by backpack boyz.

So this strain actually has a some dirty rumors surrounding it that actually kept me from going out of my way to try and get it but finally decided fuck it, backpack still puts a lot of hype behind this strain, let’s see how it smokes. The rumor was that they sprayed the terps on this strain… I know nothing about growing or anything like that but this came from a grower who’s pretty involved in the cali growing scene and he said it was like for sure that they did it… same reason I’ve stayed away from sprinkles brand… sprayed on or not let’s see how it smokes!

Smell: 8/10 very nice lcg smell that smelled a little like the original hubba bubba bubblegum. Super super sweet. I’ve definitely smelled stuff evven from backpack boyz that smell more like bubblegum but I still thought it smelled really good. I honestly don’t think it was sprayed or anything but who knows. Just smelled like some really good lcg to me haha. The only time I think I’ve had sprayed on terps was when sprinkles first hit nyc hard and they had a strain called red velvet cupcakes and blue m&m sprinkles… bro I didn’t even know sprayed on terps were a thing yet but still thought something was up… it looked like super old deps that you could get crazy cheap anywhere in the us. Dull old looking colors with no trichome coverage. But guess what!?!? This shit smelled AMAZING!!! Can’t remember for sure what terps it was but was bussin out the bag. Luckily I found out about them spraying stuff before I bought any more. Wouldn’t be surprised if maybe backpack did it before they went legal and stuff but highly doubt they do it now.

Smoke: 8/10 one thing is for sure this is definitely some strong bud. Can really feel in ur head and eyes right away. Very Stoney numb high that I really enjoyed. Burnt very clean and everything but honestly didn’t taste as good as I thought. Wasn’t bad at all just not a very strong taste compared to the smell. Still really enjoyed it tho.

Overall: 8.4/10 I really liked this bud but unfortunately for it I’ve smoked a ton of really good bubblegum strains recently that had much better taste to it. It’s still something I’d suggest getting if you see it and have the chance but there are definitely other bubblegum strains I’d suggest over this one! 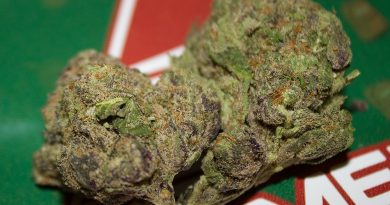 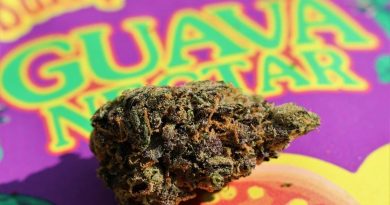 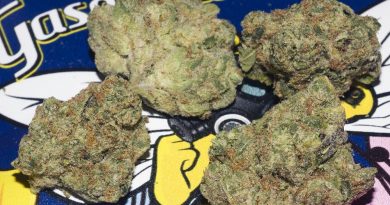