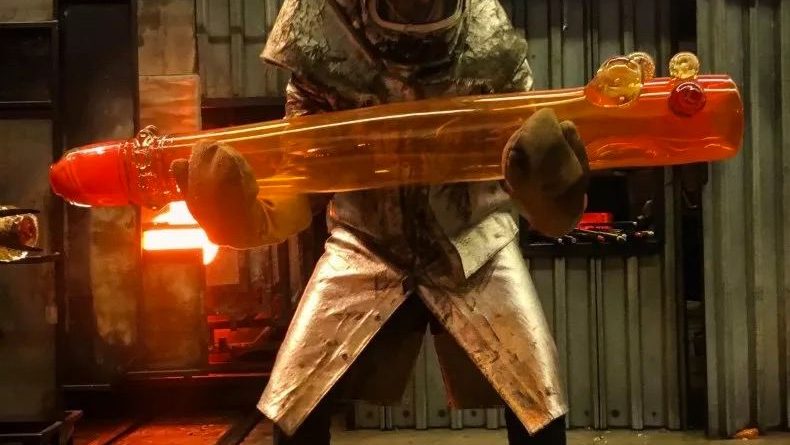 I used to spray paint the walls of New Jersey and the back of denim jackets when I was between the ages of 12 and 16 in grammar school. I’d sketch on anything. My mom was a single mother and flight attendant, so I had many babysitters when she’d go off flying. One of the babysitters was an Italian guy, and he knew all about opera, wine, cheese, and good salami. He and his wife were artists. They got me into classical art.

My first a-ha moment was when I was around that same age. I took a train from Jersey to the Metropolitan Museum of Art in downtown New York, where I attended a Georgia O’Keefe exhibit. My outlook on art was changed right there on the spot. I had always wanted to be a painter, and her painterly strokes and vision had a certain lonely feminine feel that struck me. I was enamored.

Being from Jersey, I had access to New York City. I visited many museums, such as the Rembrandt Museum near Central Park, the MoMa. I got a good taste of the art Manhattan had to offer. By the time I was a senior in high school, you could primarily find me in the art room, because like-minded people were in there. Whether it was people from punk, hip hop or hippie phases, we were drawing in the art room. I was attracted to that crowd.

When I finally graduated high school, I went to a college in Massachusetts called Dean Junior College for general education in the first year. In the second year, I started to focus on fine art.

There was an art teacher there named Mr. Sobrzezinski. This guy really knew how to teach painting. Back then, I hung out in college a lot in the art rooms, and got to get much better supplies and better equipment. But, I always struggled to find my voice in art. It’s like you’re lost. You’re a little fish in a big sea with all these other artists. So, when I finally found glassblowing was when my whole medium changed.

Since my mom was a flight attendant, we moved around a lot. I was in four different high schools in four different states. By being able to hang out in the art room, and then figure out who the talented kids were, they became my mentors in my high school years, and I would buddy up with them.

I was attracted to the process oriented arts. I molded a lot of pottery in high school, but I did even more printmaking where I carved into plates, inked them up, and ran them through the print presses. I also did a lot of silk screening.

Once I had class with Mr. Sobrzezinski, and understood the big picture, I got into artists like William De Konig, Jackson Pollock, and Robert Mapplethorpe—a lot of these early expressionists was what I was attracted to. I was into Picasso, Renoir, Manet, Monet, renaissance art in France and Spain, and the paintings that came out of it.

In high school, we did a lot of copying of classical painting; that is, we’d repaint a very famous painting from a certain era. In school, they wanted to tell you what to do. I didn’t want to be told what to do.
That’s where my resistance came in. It wasn’t about finding my voice, which I was trying to do. It was about learning about art. I really didn’t put all that together until I was really done with school, and can go back and assess my experience.

At the same time, I had met the guy down the street, Bob Snodgrass. He blew glass pipes—flameworking it’s called, and it was developed in a scientific industry. Scientists started out by making beakers, condensers, and coolers, but Bob started making pipes. It was something that I was attracted to.

He represented a certain lifestyle that I wanted to be part of, which was a hippie culture. Plus, it was a process oriented art that nobody else in school was doing. So by doing that, and bringing that to my school projects, I was able to stick out from the pack with my teachers. I combined it with printmaking, or sculpture elements out of it for different art shows that we did.

I spent a few weeks doing it and wrote a primitive style travel blog about my experience. That whole experience led me in the nineties to the serene Pilchuck Glass School, an international center for glass art education. I was able to take a class there with one of the great masters of flameworking. That’s where the whole world shifted. I knew then that I could make glass art and sell it with this medium.

Jason Harris is the founder of Jerome Baker Designs (https://www.jeromebaker.com), the world’s leading functional glass manufacturer with products made in the USA, Germany, and Brazil. JBD is also the world’s first tokenized glass company, providing customers and clients the option to add NFTs to custom glass pieces linked to QR codes and act as a proof of title.

Jason Harris is the founder of Jerome Baker Designs (https://www.jeromebaker.com), the world’s leading functional glass manufacturer with products made in the USA, Germany, and Brazil. JBD is also the world’s first tokenized glass company, providing customers and clients the option to add NFTs to custom glass pieces linked to QR codes and act as a proof of title.