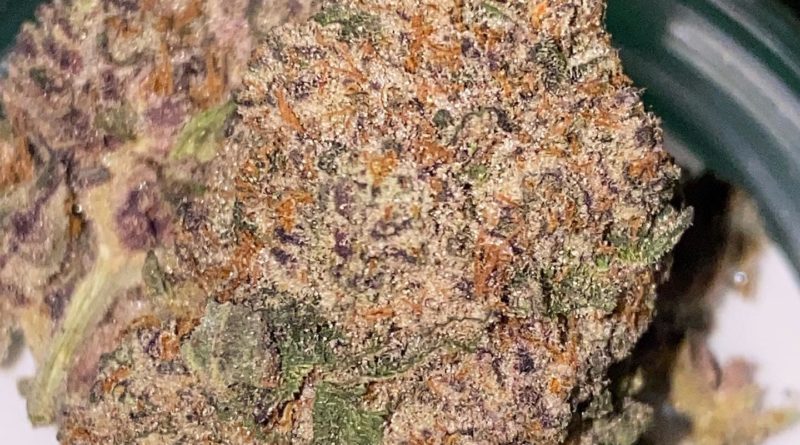 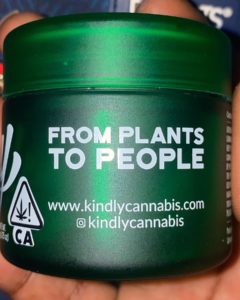 SMELL | FLAVOR:
Cracking this one on and you’re invited to a flavor that whispers at you. It’s strange but there isn’t much to say about this one aroma wise, it’s almost as if this was wet cut and jarred, or even flushed of terps. In comparison the other flavor I have of theirs has much much more personality in it this way so I believe it’s just this strain. In the dry-pull there is a slight funk and apple on the flavor but after that it taste like water.

THE HiGH:
As you spark this up and take a few drags, you’ll actually be surprised as I was. The first three hits and I feel a THC buzz starting from my frontal lobe. The heaviness to my eyes started up right away, and there was a calming but bright activity in my mental. This has a bit of an uplift and gets you in a sunny mood, and even helps with a creativity boost. Halfway through, you’ll feel a little of that tension on your shoulders and temples of your head relax for a bit, and you may even feel a bit giggly in the mind. At the end of this, you’ll find yourself chilling, but instead of your head quiet it will be bursting with ideas, as this can really spark your imagination I’ve noticed.

Dope’s THOUGHTS:
So far so good when it comes to Kindly. Rally clean product, really nice bag appeal to match. If I had any grievance it would be the lack of personality, which to me as a reviewer is key if you’re going to be giving something meaningful to the community. This is good smoke, but with lack of personality and terpene it doesn’t make it distinguishable.