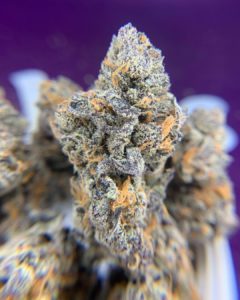 Coco Chanel has astounding bag appeal. The substantial nugs are a bewitching mix of black, gray, purple, and emerald leafage. The nugs are utterly encrusted in trichome frosting with long, spindly stalks and colossal resin glands that can be seen with the naked eye. Small groups of marmalade pistil tendrils pop out between the foliage and crystals, adding more coloration to the striking visual 😍

The nose on Coco Chanel is extraordinary. It’s a light, sweetened union of melon, honey dew, and white grape, with an overtone of soft lemon and pine. It has a muted, sour and herbal gassiness to the lemon aroma that adds depth without being overpowering. The broken product smells similar, but with an evanescent spiced quality to it. It’s a fresh fragrance that delights the nostrils and reminds me of Meyer lemons and minty melon🍈

The taste translates perfectly on the Coco Chanel. It’s a softened, melon and lemon flavor that is mildy sweet and fruity. It has notes of white grape and peppered herbs, as well as a surprising creaminess that only seems to show up in the exhale. The flower produces a gentle sweetened melon, spiced herbs, and sour lemony aftertaste that sticks around for an extended amount of time after smoking. It’s a light, summery flavor that makes me think of drinking lemonade and eating honey dew on a hot day 🍋

Coco Chanel has a sensational effect. It’s a creeper that creates a pressure behind the eyes that slowly spreads through the face, neck, and the rest of the body. It produces a light cognitive fog that had me feeling pretty spacey and drifting off. It also stimulated the appetite and gave me the munchies. It’s an unbelievably smooth smoke that burned flawlessly. The flower is soft, not sticky, and produces a moderate amount of powedery kief when ground ⭐️

Coco Chanel is a phenomenal cultivar. Both the profile and high on it remind me of an old school haze, but it’s so much more than that. It’s just an incredibly enjoyable smoke overall. If you haven’t checked out any of Trichome Farms flower, I would highly recommend doing so. Stellar work 🔥 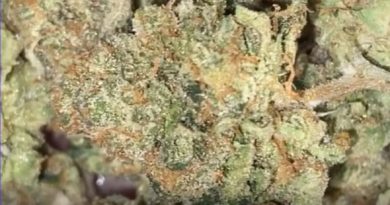 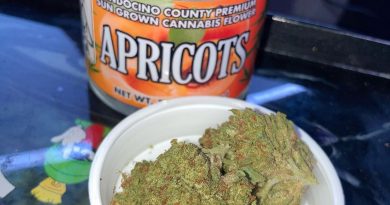 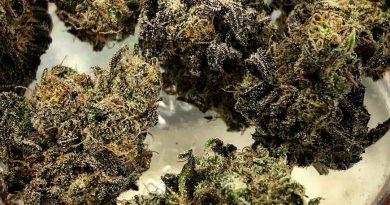