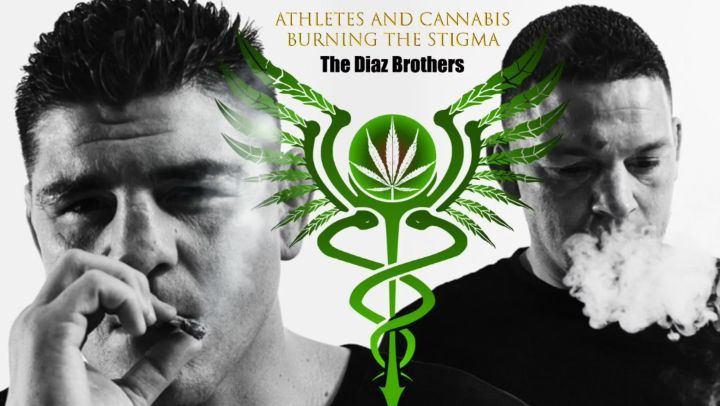 Undoubtedly, you’ve heard stories of different athletes making waves in the cannabis community. Today, we look at the Diaz brothers, Nate and Nick!

Being an MMA athlete requires years of rigorous training, both mentally and physically. The Diaz brothers began their fighting careers in the early 2000’s, and soon after, they reached that peak of worldwide recognition for their brutal skills. Nick has fought in UFC, Pride, and Strikeforce, winning titles across lightweight, welterweight, and middle weight. If that isn’t enough, the dude is also a 3rd degree black belt in Brazilian Jiu Jitsu!

Nate Diaz has also fought UFC, as well as World Extreme Cage Fighting and Strikeforce. Nate also is a black belt in BJJ, and has trained under the infamous Gracies! This powerhouse duo have sworn by their use of cannabis as a performance enhancer, and recovery supplement, and are on a mission to burn the stigma surrounding cannabis use! In 2016, Nate faced scrutiny from the UFC for boldly hitting his vape pen during a press conference. When the headlines blasted him, he shrugged them off, saying:

“It doesn’t matter what they say, I’ve banked out from it!”

Nick Diaz was also suspended a total of three times for his consumption! The brothers have gone on to start their own brand of alternative supplements called Game Up! Find out more on their page @gameupnutrition or website Game Up Nutrition.

Let this serve as an example that weed doesn’t always make you lazy, and that the stigma is complete b.s! Among the many people who choose to medicate with cannabis, athletes are some that face the most scrutiny, whether it be losing their endorsements, or even being booted from a team! The unjust scheduling of cannabis as “a drug that serves no medicinal purpose” is just ignorant and stupid. There are many other athletes who use cannabis, as they should! One of its main benefits happens to be the reduction of inflammation, a much needed plus for those who push their bodies to the limits. It’s also a goal of mine to play a part in the destruction of the cannabis stigma, look for more posts like this one to see others who have overcome it!

Until next time, stay high friends 🌿💨