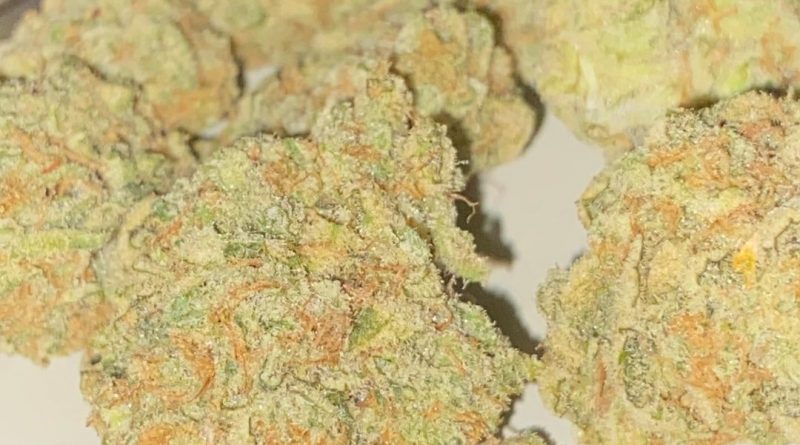 What’s up everyone? Happy Wednesday and I hope everyone is getting over the hump. It’s the middle of the week, and I have another review for you all. This offering from Piranha Farms (thanks to @dankdabs1 ) will leave a lot of you terp hunters out there more than satisfied. The Deep Breath strain is one of the more complex strains we have covered so far. Let’s waste no more time and get into the facts.

This one didn’t come in anything fancier than a sandwich bag. Opening up the bag erupted a very complex nose which I had not encountered before. Smells of floral, diesel, pine, sour citrus touched the nose leave a pungent odor in the air. You could really sense overpowering gassy aromas exhibited through the Star Dawg parent as well as the the sweetness from the Grateful Glue parent as well. The buds were a blinding bright green with yellow shades and a decent amount of orange pistils throughout. The Deep Breath featured moderate-sized nugs made up the bag which were thick and nutrient-laden. This resulted in a phenomenal breakup with a moderate a amount of kief in the process.

When I sparked the Deep Breath in an organic RAW, similar to the nose, I was met with a complex terp profile. On the inhale I was consumed by floral and musty terps to start. The pulls were smooth and moderately gassy which, about half way through, became a little sour and fruity. I was really amazed by the constant change in flavor during the sesh as well as the consistency of flavor within the Deep Breath’s terp profile. This one burned a thick white ash and incredibly slow burn. I thought to myself during the sesh how incredibly long the joint kept burning as flavor resonated through every hit. As Piranha farms mentioned in our last post they do not use any pesticides during any stage within their grow cycle and you could tell by the cleanliness of this smoke similar to the Jelly. By the end of the sesh the floral and musty terps had worn off and a bit of sourness touched the tongue as this was ready to be put out. The smokability on this was excellent as it was not too overpowering but unique and rich in flavor as well as potency.

The high was relaxing and hit the body with a euphoric wave of tranquility. As mentioned, I personally didn’t feel the smoke was overpowering but it did translate in a soothing high. Given the genetic make up of the Deep Breath, I didn’t emanate the “drooling effect” as anticipated. That doesn’t mean that this was dull by any stretch of the imagination either. I certainly developed baggy eyes from this one and an increased hunger. This was a strain I found myself frequently in the kitchen making small meals after the sesh. However, I do feel like this high could be brought outside as well even though I didn’t venture with this one. Adding to the equation, my body was overtaken by a numbing sensation about half of the way through which relieved a lot of stress in my body. All in all, I really enjoyed the high that resonated from lighting up the Deep Breath.

Overall, I think this could be recommended to smokers of all levels. The taste was phenomenal and probably the focal point during the sesh. I will advise that more periodic smokers should probably plan a night in on this one unless you want to get out and get a little weird. For you seasoned vets, you may have the urge to roll up another one due to the tastiness of the Deep Breath. I do feel like the potency could be improved the more this gets dialed in but, nonetheless, a very clean smoke once again from Piranha Farms. I think it’s safe to say it won’t be the last time we see them around the way 💪🏻 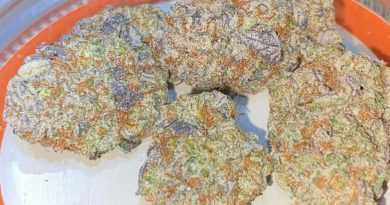