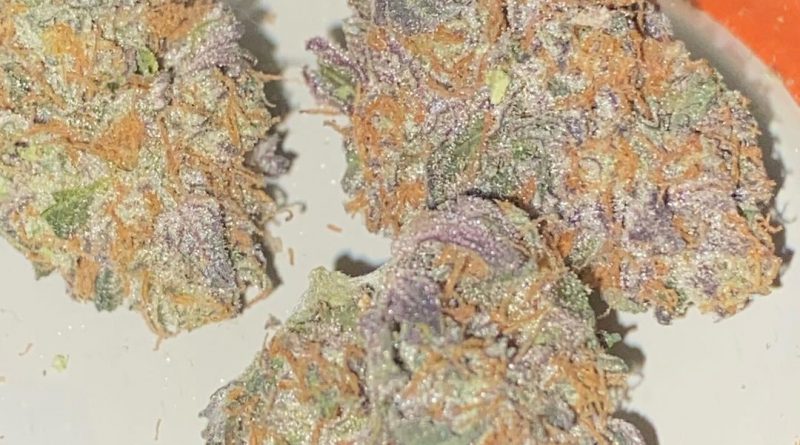 What’s up everyone? I hope you are all having a lovely Tuesday and I have the first review of November to kick things off right. Boutique has been on my prospect for months, and when I received a few samples to review I was more than excited. For those of you who don’t know, Boutique has built a local name for himself and hones a lot of knowledge when it comes to small batch cannabis craft. Perfecting unique strains such as Strawpicana and Banana Bread among others will certainly earn you those rights. We will kick off our first of four reviews for him start with the Floruit strain which will leave you nothing short of a whirlwind of terps. Let’s waste no more time and get into the facts.

When I was gifted this one it came in a suction jar with a wooden lid which, honestly, I though was clever as ever. Personally, I hadn’t seen one of these jars since my grandma used them for her spices when I was a young boy. I also like the alternative to the Mylar bag in which this offering was served in.

When I broke the Floruit out, I received standard notes of earth and pine. The buds were dense, sticky and prickly with an equal amount of greenish purple color throughout. This was complimented by a crystal coating and several orange pistils that gave an added touched to this beauty. I was surprised there was a stronger nose on this, however, I was more than surprised upon breaking this one up. When I did, a spicy odor of fruity, citrus, and pine notes touched my nose. You could definitely notice some distinct traits between the Mendo Breath F2 and Forum Cookies parents during this stage. The yield upon breaking up the bud was more than good and those complex terps could be smelled around the room. A little bit of kief could be found upon break up and man did this fill up the joint well!

When I sparked the floruit up in an organic RAW I was primarily overtaken by spicy and fruity terps. The pulls were sneakily gassy and had an earthiness to them that matched the nose. This led to some mild coughing and a moderate amount of pressure in the chest. Personally, I feel like this was on point considering the genetic make up of the Floruit. On the inhale, I felt Smokey citrus zest take over matched with those floral terps mentioned. I was expecting a little more fruitiness than spice but by no means was this a disappointment. On the way out the taste was more of a earthy must and straight up a blandish finish. The joint became gassier the further into the sesh I got. This one burned into a thick white ash with a drippy res ring to support the act. The zesty fruit notes I found to be the Floruit most distinguished characteristic as it gave it a unique taste profile.

The high attacked the body with a full court press. I went into a deep relaxation state that took over the body and mind. I even got a sensation where my ears were ringing. If you were to ask me you could certainly feel the effects similar to smoking Mendo Breath within this strain. I enjoyed this pretty plainly on the couch without a care in the world. I even remember during one sesh with this having the urge to go out to do some errands but lost it to due to the crippling effects from the Floruit. I’ll that I also felt extremely happy and a boost of self-confidence with this which helped me avoid the burnout I was anticipating from this. Overall, I was really impressed by the high that this strain had to offer making it an idea smoke for a night in the house.

My recommendation is pretty straight forward with what I mentioned to finish off the last paragraph: plan a night in when lighting up the Floruit. An activity, a movie, something to spice up the night would compliment this well. The bag appeal snobs will have to get over the initial nose on this one but you will not be disappointed once the buds are broken open and grinded up. I would suggest this to intermediate up to pro-level smokers that lean towards indica-dominant strains. All in all, this certainly was one of the more unique offerings I’ve tried in the past few months and I am excited for the upcoming reviews that we have for Boutique Smoke. 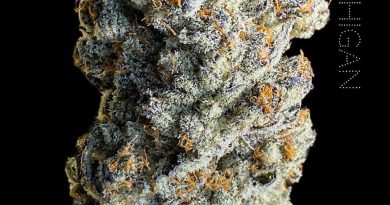 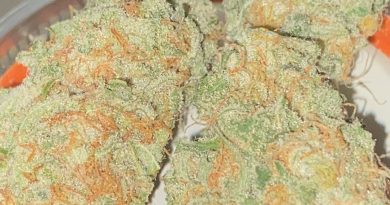 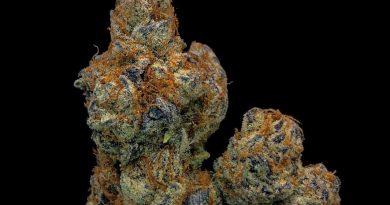