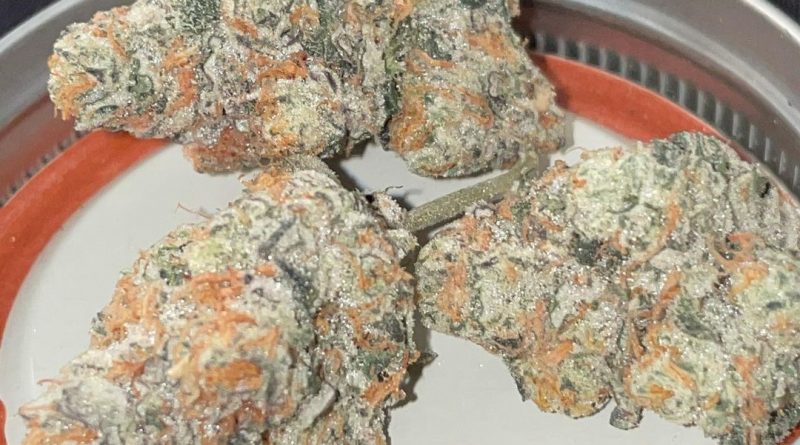 What’s up everyone? Happy Sunday! And I hope everyone had a great Thanksgiving weekend, stuffed their faces, and are ready for another review. If you’re looking for something that will wake you up when you twist off the cap but put you to sleep after you smoke it; well, I have just the strain for you today. The Hectane I will be going over today is another offering in the catalog for Boutique Smoke. I was a little extra excited to try this one given the lineage on the strain and the fact it was bred by Grandiflora. Unless you’ve been living under a rock the past five years or so, it is easy to see the footprint that the genetics team at Grandiflora has created. From Ya Hemi to Project 4516 and even E85, it is easy to confirm the dominance these guys have asserted within the game. Let’s waste no more time and get into the facts.

I received this one in a standard ziplock bag (nothing fancy) so no need to get into detail with the packaging. When I opened up the bag, a super gassy smell quickly filled the air. This one stank and had distinct scents of smokiness, diesel, spiciness and a bit of woodiness as well. All of these smells came together as one creating an extremely pungent odor that stings the nostril when wafting. The buds themselves, similar to almost every other offering by Boutique, were extremely dense, sticky and hard to pull apart. A mix of light green and dark green (Grandiflora’s signature) with blinding crystals that looked like diamonds when looking it both from up close and afar. The overall aesthetics on this would capture the eye of pretty much any weed lover in my opinion. Despite the really sticky texture that the Hectane had there wasn’t a struggle to break this up. Using a grinder, this broke up very nicely and even gave me more bang for my buck than expected.

I personally would only recommend the Hectane for seasoned smokers who are looking for those gas-punching but terpier strains. I don’t think this would be enjoyed by the likes of more beginning bracket smokers as the high might be a little too paranoia provoking and challenging than other strains out there. Hectane definitely could be a good pair for those who struggle with sleep loss as this would knock a common person out cold. Also those suffering from chronic illness these could be a good pain reliever given the full body high it delivers. All in all, this was another strong offering by Boutique with some impressive lineage behind it. I will be reviewing his Strawpicana sometime in the near future so be sure to stay in the loop.

When I sparked the Hectane up in an organic RAW, my first impression was this is going to be overwhelmingly hard hitting. I was right, those smoky and spicy terps could be felt through the initial inhales along side a musty and piney funk. There were a multitude of terps being drawn in on this on and, on the way out, I received the same smoky and spicy blend but with more of a diesel-like twang to it. A little ways in, I noticed a lemon pepper diesel taste that lasted deep into the sesh. The pulls were extremely gassy, as expected, and this led to a bit of coughing and a good amount of build up in the chest area. The Hectane was one of those smokes that left a very gassy taste which lingered on my breath for about a half hour or so after I put the joint out. The burn was smooth and slow and result in a thick snowball ash with a big res drip. I remember noting to my girlfriend how impressive that oil ring was about halfway through. However, the downside of this is that the joint was a little too oily towards the finish and had to be put out earlier than expected. Nonetheless, the smokability on this was nothing short of powerful and the high that followed complimented that.

The Hectane left me with an incredibly baked feeling throughout the body. About 20 minutes in started to get cement block feet and felt to the need to sit down and chill out. I seemed to be a little more tired than normal on this and a slight loss of perception. My eyes looked like the garden after it gets watered. I remembered very carefree and spaced out after smoking the Hectane and, although I am not the biggest fan of highs like these, I have to admit it was smooth for the most part. It did lead to some mild paranoia which was a little annoying but nothing that couldn’t be handled. The come down was fair and I snapped back to life soon or expected as the high lasted a good hour and half or so. Overall, I personally feel like the high was a bit too daunting at certain periods but quality throughout fit the criteria as a result from a gassy smoke. 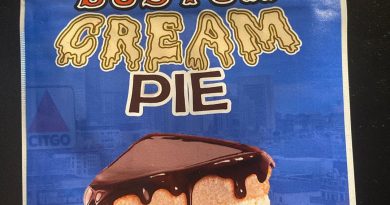 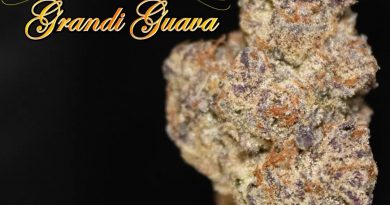