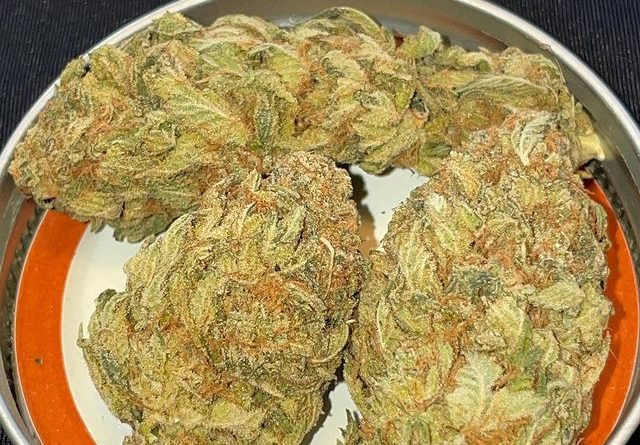 Hey what’s up everyone? I hope you all enjoyed the long weekend and any plans that you were able to take on to possibly make it memorable. A couple weeks ago I had the chance to attend Terptown Throwdown and see some new, as well as familiar, faces in addition to receiving some new review content. With vacation coming up and other life stuff in full swing, I intended on having this review up sooner. Nonethless, I am going to kick off what I got with the Frosted Cheese by Seedsintoweeds. Hailing from the North Central Massachusetts area, Seedsintoweeds is someone I’ve seen on IG for awhile now honing his craft (mainly through mutual followers). After talking it up with him in the DMs a couple times and learning he would be at Terptown, I grabbed both the Frosted Cheese and Blues Brothers for respective reviews. Cultivated and bred by Seedsintoweeds himself, the Frosted Cheese features a cross between Blues Brothers (vanilla frosted gelato x GMO) and Blueberry Space Cheese. Right off the rip I found a lot personal interest in this cultivar because of two things. First, as many probably would think, this is a very particular (and odd) cross and, secondly, I believed it would possess a bizarre terp profile before hand. Let’s waste no more time and get into the facts!

Seedsintoweeds gifted me the Frosted Cheese in a ziplock bag so I do not have much to detail on the packaging for this offering. The second I opened up the bag I was hit with a fresh odor of menthol and pine giving the cultivar almost a Durban-like appeal. I also noted notes of floral and lavender transfused between those stronger notes described before. Replicating an appearance found on cultivars throughout the early-to-mid-2000s, the Frosted Cheese had faded green, dark green and yellowish hues to make up the colorway.

While the trichrome coverage was less than existent the structure did consist of numerous dark orange to faded red colored pistils. I would describe the texture on this cultivar to be along the lines of bushy, fluffy, and leafy/larfy. Considering how larfy this cultivar was, possessing forest green leaves that stood up, I was surprised at the density this provided. Given that the density-to-airiness ratio this was a cinch breaking down by hand, allowing the buds to break up into bigger chunks to better align the joint when rolling. Once I cracked a nug open, the notes of menthol and lavender intensified feeding off unexpected notes of cat piss that gave a sharp, skunky nose to the Frosted Cheese at this point. The closer held to my nose, the more and more I picked up on those vibrant, gassy layers. The hairiness on each cola began to shed off as I stated to pull off small pieces of the bud which, in turn, left a smirred residue on my fingers. This only took a little bit of hot water to get off as the notes became both skunky and floral once completely broken down. Although the frosted Cheese had a prominently pungent nose I didn’t monitor too many changes in aromas between various stages of the bud’s structure. The menthol terps left a distinguished taste on the dry pull although the piney/earthy overtones that went along made it a little more underwhelming than expected.

When I sparked the Frosted Cheese in an Organic RAW, the first pulls were rather earthy on this one with not too much taste. However, once you get about 6-8 pulls in this cultivar begins to form sweet, flowery earth notes that left a rather unique taste coating the inside of my mouth. As I went on about a quarter of the way in I received some sweet peppery notes added to those sweet floral notes but nothing extraordinary jumped out as far as the terp profile was concerned. On the way out, a musty taste of cheese of and floral sprinkled onto the taste buds leaving an overall taste that was simple, possessive and rather odd at the same time. I was fan of this but in no way did this add a gassy element to the smoke. For the most part, the first half of the sesh yielded a smooth smoke that left me searching in my head what the distinctive trait of this smoke really was. The more time progressed, the raunchier and raunchier this taste became.

As I neared the halfway point in the sesh, this cheesy taste experienced on the exhale became sweet during certain pulls as opposed to sour/tart on others. I additionally caught very mild and generic citrus terps about every other pull around this time. The burn that formed on the joint was solid although it became a little oily during the close out of the sesh. This ultimately led to a mostly white ash with some salt and peppery streaks in certain areas. The texture was sturdy and resulted in a spotted terp drip on the side of the joint. Moving onto into the later stages of the sesh, the Frosted Cheese gradually became gassier within those floral notes that ran their course from earlier. Again, this was a moderate level gassy but did do their job evolving those sour notes felt throughout the exhale. Additionally, I did catch some wood and earthy notes creeping in during those final 5-10 pulls. All in all, I thought this was a solid smoke with an old-fashioned terp profile that can serve as a formidable option for someone looking to switch up the status quo.

The onset of medicinal effects produced from the Frosted Cheese crept up on me within the first 20 minutes after the sesh. This originally started with a mix of butterflies in the chest and a smooth vibrating sensation kicking in over my whole upper body. While my thoughts/perception were, for the most part, in tact when dabbling with this cultivar, I found myself staring out in space a lot. Even from the first time I tried this cultivar I vividly remember waiting for the effects to hit while sitting on the deck at my moms house. Sooner or later, I caught myself in a good 5-minute stare looking onward out into the backyard. To put it short, the Frosted Cheese builds up anticipation before releasing its soothing effects amongst the consumer.

For the next 30 minutes or so, I felt extremely balanced. While a steady raciness formed within the front of my head this remained a full-fledge body high mostly. I also noticed this gave me the hankering for some munchies, particularly Italian food. As time progressed, not only did I continue to exhibit traits of being spacey, I also commonly found myself getting lost in deep thought. This cultivar worked great for when I needed to be brought back down to earth with a creative spark. With that being said, this cultivar worked well both during days and at nighttime, depending on my mood. When it was said and done the medicinal effects lasted around an hour and half. All in all, I thought this was an pretty solid “in-between” high that got the job done.

After having the chance to try the Frosted Cheese, as well as my first offering from Seedsintoweeds, I thought it was pretty decent. I’m not going to go out on a limb and say this was the most memorable cultivar I’ve tried but some features exceeded expectations. Starting with the appearance, this will bring back nostalgia (early to mid-2000s) the second you lay eyes on it. If you are attracted to a fresh odor of menthol and pine upon opening up a jar, you will be in for a treat with this one. Sporting clean smokability and an old-fashioned terp profile, this has potential to attracted a wide range of smokers, although I believe this will be an ideal treat for that 40+ over crowd. Additionally, this will be a relatively safe bet for for intermediate smokers as those gassier notes do not cut through you. The medicinal effects highlighted the experience and, I believe, will serve well those seeking a more balanced high. I can’t think of too many upsides when it comes to the medical side of this although this put me in a very productive spot when needing to get work done. I wanted to thank Seedsintoweeds for setting this aside for me at Terptown as well as putting me onto some knowledge behind the cultivation game. I should have the Blues Brothers review up sometime later next week. 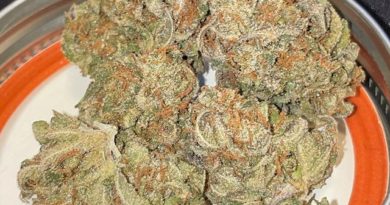