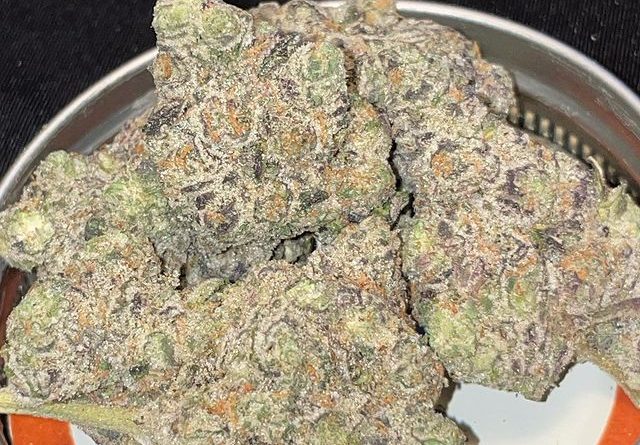 Hey what’s up everyone? It’s a new week and time for a new review. I hope you had an enjoyable weekend, maybe had the chance to go out and do something fun. Today, I have a familiar cultivar from a familiar vendor; however, this will be the first review we’re seeing these two paired together. What I am talking about is the Horchata I received from Bad Larry Buds about a month before I went on vacation. I’m sure that you are familiar with him by now but, if you’re looking for some background info on Bad Larry id encourage you to check out one of the earlier reviews I covered on one of his offerings. I’m also sure that you are aware that Horchata includes a cross between both Jet Fuel and Mochi Gelato. After successful steals from Bad Larry the past couple times we linked up, I wanted to make sure I got the Horchata up for an honest analysis before too much time slipped away. A month prior to having this batch of Horchata I had tried the one offered by @jewswhoinfuse so, naturally, I was curious to see where this would fall in comparison. Let’s waste no more time and get into the facts!

Starting off with the packaging, I don’t have too many adjectives to throw out since I received the Horchata in a clear, plastic ziplock baggy. Upon opening it up, soy milk and creamy vanilla notes gravitated towards my nose leaving a faint hazelnut backend in the process. Thanks to @cali_bud_reviews2.0 for pointing this out the last time because I immediately spotted out the soy terps from this cultivar.

Compared with the last batch of Horchata I tried, the nugs were a lot more hollow and bristly carrying a density that was a lot higher than its comparable size. I also noted that this batch was machine-trimmed as a lot of the pistils were stripped if I looked close enough within the surface. For the most part, the appearance of this cultivar was nice as it sported an array of colors from light greens to lighter violets to much darker spots of purple on some colas. Most of the consisted of long, spear-like colas with a thick stem bulging out. This is not to leave out the white, powdery trichrome drip this cultivar styled that gave it an eye-capturing appeal from a good distance. I did struggle a little, at times, breaking some of the buds open due to the rough texture they possessed. Upon cracking into a couple, I honed in on much creamier, and richer, vanilla terps that included a doughy, fuel-like back end. I also realized there were some hints of pine and burnt rubber tucked away in some of those sweet notes. The nose on this batch definitely took the cake compared to the last one. The yield that ensued after breaking the buds up in a grinder was better than expected. Despite the Horchata having a stickier interior than its exterior, the two-turn method wasn’t necessary when grinding up although I did prefer anyways. Once broken down, the soy terps became a lot more detectable as an added layer of butane spawned over notes of vanilla frosting. This made the cultivar exceptionally gassy during this stage. As I went to take a dry pull, I could tell this had potential to be a heavy-hitter, letting in notes of earth and vanilla cream that added a gassy, musty backend.

When I sparked the Horchata in an Element paper, the initial inhales were dry and creamy striking a medium level of gassiness from the start. Once I managed to get a few pulls in I clearly spotted out the soy and butane terps this cultivar exhibited. On the way out, creamy, woody terps exited my palette leaving me with a good amount of cotton mouth due to the dry mustiness I received during the exhale. Even though each inhale through the first quarter of the sesh tended to be sweet from those creamy, milky notes I still felt a sharp gassiness arise from the butane terps mentioned above. In between quarter to half way I felt this concoction become a little more sour after some pulls.

At this points, some pulls did lead to a bit of coughing due to the pressure they packed. Within the process of all this happening, my senses also detected the floral notes experienced earlier on start to come back. This created dark Z notes with a stale fruit backend trading in those sour butane terps with a more unfamiliar taste. Getting into the final stages of the sesh, I didn’t document too many more shifts in changes. The fruity notes courtesy of the Mochi Gelato parent were a little more clear the later into the sesh but that was about it. Overall, this was packed with a ton of flavor especially after those cotton mouth hits from early on went away.

The onset of medicinal effects provided by this batch of Horchata hit with a full body paralysis around half way through the sesh. Same as the past few reviews I’ve put out, this had the head to toe effects that started up in the neck/shoulders area and spread out slowly from there. Due to the pressure from each pull I got, it didn’t take long before my eyes received a watery red complexion sending shockwaves through my entire head. The medicinal effects created by this cultivar will not be a walk in the park for less experienced smokers. Within the first half an hour, I felt extremely spaced out and had difficulty keeping my thoughts in order. This hit me particularly hard after smoking the last bit of this upon coming home from vacation but that’s an experience for another time. After a couple weeks off I got to experienced the highly sedative effects this cultivar offered from an intermediate’s standpoint firsthand.

To support the mind-wandering, I fed into the ol’ “YouTube rabbit hole,” indulging in some (and new) old NFL highlights since it’s that time of year again. I also noticed that I preferred enjoying the effects in a dark setting as the presence of lights tended to bother while endured. Within to 45 minutes to an hour is when I became encompassed in a total body night leaving my feet tingly as a final destination. All in all, the effects last for nearly 2 hours and served as supplemental “near the end of the day” smoke.

After having a chance to try the Horchata that Bad Larry Buds had recently assisted me with, this one had a slight edge over the one I received from Jewswhoinfuse the month prior. While that previous offering of Hodchata had an edge on appearance, I thought this one had a leg up when it came to smokability, terp profile and medicinal value. The smoke on this one leaned a little more Jet-Fuel Gelato dominant through various characteristics. While the flavor bled out terps of creamy butane and soy early, they quickly evolved to hazelnut, fruit and sour. This will fancy a lot of you terp hunters out there. Additionally, the medicinal effects are along the lines of intermediate to experienced level with an optimal for nighttime use. Compared to the last round of Horchata I had, this one certainly packed more indica-dominating features. If you are looking to overcome a stressful day, get deep into your creative space, or even enjoy a weekend wasting away in front of some college football this will be a treat for you. For patients, this has potential to serve remedy for those suffering with depression, anger (or similar mood-related illnesses), insomnia, hunger loss, among other things. I want to give a big thanks to Bad Larry for not only putting this in my hand but, additionally, all of the fire he has landed me recently. I will have a couple more reviews to following from him within the upcoming weeks. 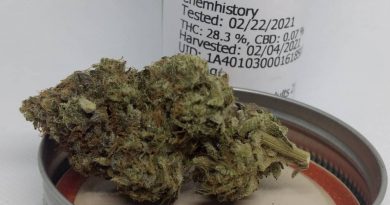 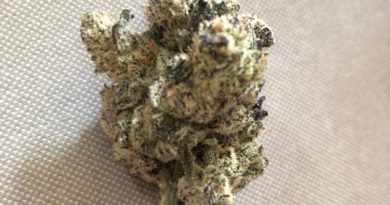 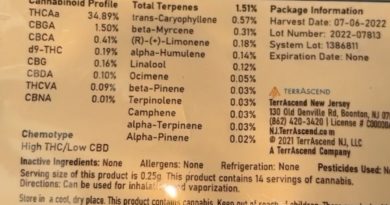