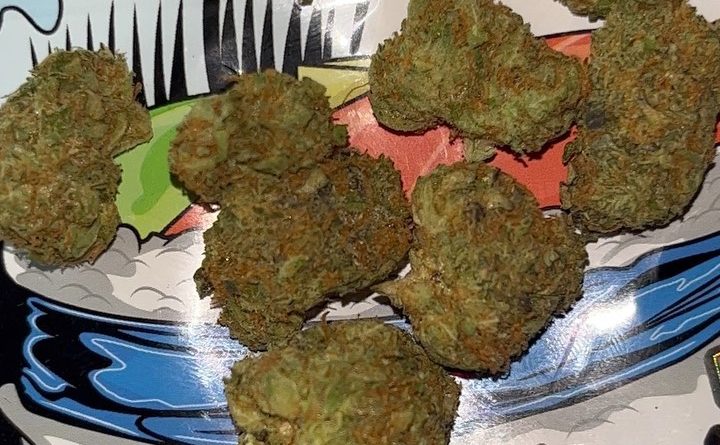 Bag appeal: 9/10 beautiful round nugs that looked like it hid a diamond mine in the middle of it there were so many trichs on the inside… darker green nugs with perfect burnt orange hairs. Very nice looking example of blue ZUSHI!

Smell: 9.7/10 this is where things get interesting… other then zoap this has to be my favorite smelling terp of all time. The regular batch of blu zu I had tasted like straight candy but this batch was DIFFRENT. Smelled like musty old gym socks, B.O. and super strong papaya all mixed together. It was sooooo insanely loud too. Just POURED out the bag…. Absolutely insane! Wow….wow…wow were my only words when I first opened it up…

Smoke:9.5/10 this is where things get even crazier haha there are very few strains whose taste equivalates to such a strong nose so closely! It hits your tastebuds just like it does your nostrils… like a mike Tyson punch haha only strain I’ve had that’s had this much flavor in the smoke was zoap. But there is one way ZUSHI one ups zoap and that’s in the high. Blu zu absolutely SMACKS you. Very very high high. Literally won’t feel ur body after smoking a big doink of this haha very good for social events and help with depression or anxiety! Makes colors brighter, food tastier, and jokes funnier. Just one of those strains that makes everything better! Haha. And of course it’s for insanely white ash and the smoothest of the smooth smoke. This truly was a special smoke.

Overall:9.5/10 absolutely incredible. Honestly blew my expectations out of the water. I had tried it before a while back during the 2nd edition bags but it was much different then. Just seemed like all the other z strains. This one was DIFFRENT! Combination of z and straight funk. Everything that I personally want in a strain. Some of the best tasting, smelling and smoking bud I’ve ever touched. Highly highly suggest grabbing it if you get a chance! Don’t get ripped off tho there’s a ton of fakes out there. I also suggest trying the regular batch too! Also very good! 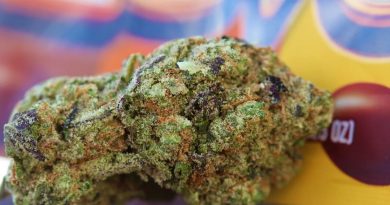 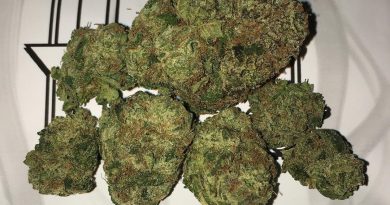 Strain Review: Skilatti by The TENco 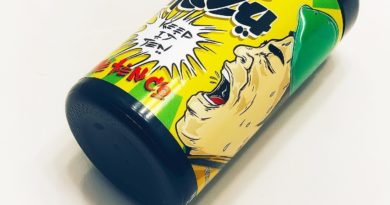