Hey what’s up everyone? I hope everyone isn’t too groggy to start the week after watching playoff football all weekend. Today, I have a follow-up review for High Road to start off the week right. For this review, we will be going over their Blueberry Gushers and this will be a treat for a lot of you gas smokers out there. After a pretty decent debut with the Gary Payton, I was eager to see where the Blueberry Gushers would stand in comparison. If you would like a brief synopsis on High Road 207 I would highly encourage you to check out the opening paragraph of my last review. Let’s waste no more time and get into the facts!

Similar to the Gary Payton, I received the Blueberry Gushers in a small glass jar with a gold twist off lid. When I screwed off the lid, an offensively pungent diesel smell which intertwined with bitter berry fruit. The nugs were sticky as ever but a bit leafy made up of spotty trichrome coverage which happened to be the first thing that caught my attention. The buds were, for the most part, a bright lime green color with an underwhelming amount of brighter colored pistils. Additionally, the colas were long and lanky with pointy ends. Due to the exceptionally sticky texture of the bud, the two-turn grinder method was needed in order break up properly. Once broken down, I picked up a slighty floral and minty smell coming from the pile of bud. Despite the sticky nature I mentioned, the Blue Gushers broke up rather nicely filling out the joint decently. The dry pull I received was an even mix of blueberries and gas.

When I sparked up the Blueberry Gushers in an Organic RAW, an aggressive diesel flavor crossed with citrus berries along with fruity flavors were consumed on the initial inhales. The pulls were extremely sharp and packed a considerable amount of pressure. On the way out, more natural sweet, musty and piney terps were exhibited but that overwhelming gassiness extended through. There was a floral taste during inhalation that turned into sour blueberries making each pull more flavorful than the last. The stickiness of the bud resulted in a slow and oily smoke which was slightly uneven. This resulted in my lips sticking together periodically. The diesel terps on the Blueberry Gushers remainder dominant throughout the total duration of the sesh which led to some heavy coughing at times. The burn on this cultivar was good producing a thick white ash with a fat res terp circle surrounding the joint. Personally, I was very impressed how much flavor the Blueberry Gushers had throughout the sesh to go along with its overbearing, pressure-some hits.

The gaseous pulls during the sesh that I mentioned in the previous paragraph did not waste any time kicking the medicinal effects into gear. The coughing from the smoke alone created a cerebral front head high which was accompanied by devil eyes. About 20 minutes later or so I felt strong, crippling effects starting to take over my legs and waist areas. This ultimately worked its way up to my upper torso region creating a full body message type feeing. I was met with a mix of energy but also a strong feel of relaxation that seemed to be the greater of both experienced. Before I knew it, I was in a full on couch-lock position with cement shoes. The further into this high, the more the medicinal effects enhanced wearing off the energetic feel I once felt leaving me a bit on the tired side. I felt a ton of joint relief while under the influence of the Blueberry Gushers. In addition to that, my anxiety seemed to be tapered down a considerable amount which I would attribute to the carefree attitude I exhibited. This medicinal effects on this cultivar were a perfect pair to along with the gaseous smoke that the Blueberry Gushers provided.

First off, I wanted to begin by saying that I believe this is a smoke that will appeal to veteran lungs but may be a little more on the harsh side for Intermediates and beginners. This is guaranteed to be favored by those smokers who prefer gas especially those who are fans of a crisp but powerful sour diesel or OG-like cultivar. Additionally, the rich terps that the Blueberry Gushers threw off will attract the new-age smokers as well. The medicinal effects will help those struggling from any pain-related illness especially joint and muscle aches. There may also be a case that the strong sedative effects this strain threw off could help more severe things such as some chronic diseases. Overall, my impression after smoking the Blueberry Gushers is that it was a well-versed cultivar that is not going to be for the weak of heart. Without a shadow of a doubt, this was my favorite cultivar out of the two and I will be on the lookout for more from High Road soon. 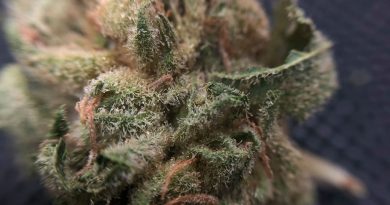 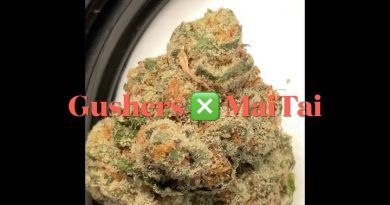 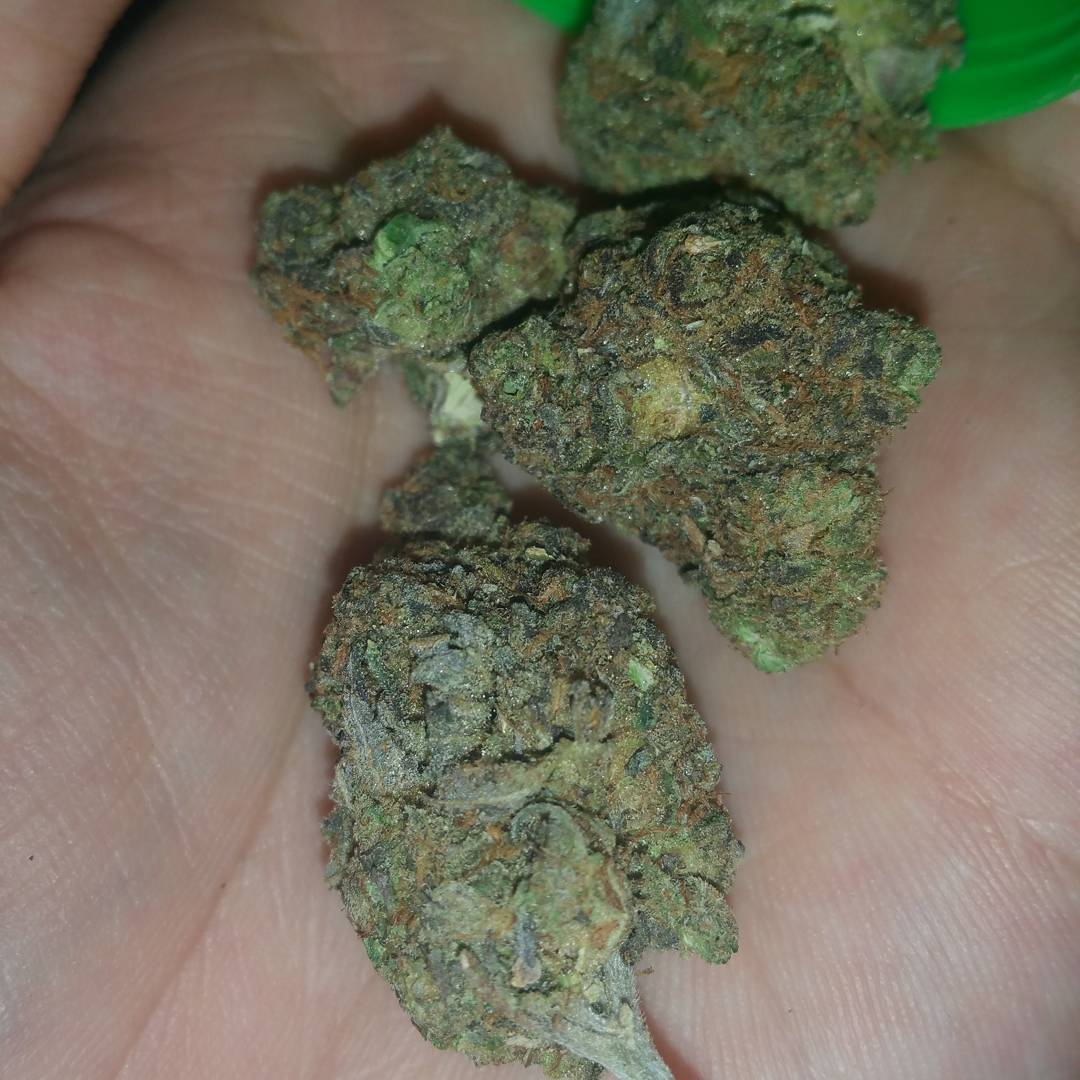