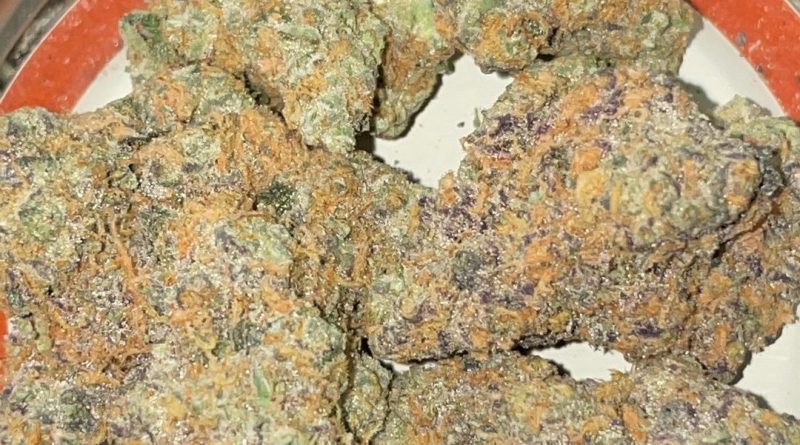 Hey what’s up everyone? I hope everyone is having an excellent start to their weekend. Today, I will be going over the Gary Payton by High Road 207 which I received courtesy of Dank Dabs. If you’ve never heard about High Road, they were founded back in 2018 and are currently operated in Gray, Maine. The first thing about High Road that caught my attention was the unique offerings displayed on their IG page such as the Açaí Gelato and the Litre-a-Cola. Apart from the numerous, unique cultivars showcased on the gram, I also discovered that they had their on website. Upon taking a look, I found some background info there on their company along with their mission. One thing that caught my attention is what was written about the owner. I was impressed that he began his journey by starting his own lawn care business when he was 12 years old which morphed into a car repair service and, eventually, diving into the cannabis industry up there. Given their history and the praise I have heard around the community about these guys, I was excited to see what their craft had in store. Let’s waste no more time and get into the facts.

When I was gifted the Gary Payton by a friend, it came in small glass jar with golden twist off so not much to detail there. Once I twisted off the top, a distinct spiced foloral smell creeped into my nostrils. I also noticed somewhat of a piney but meaty scent that lingered underneath those spiced notes as well as a hint of diesel. The overall nose was moderately strong but nothing overwhelming. When I pulled nugs out of the jar, I was met with medium-sized ones that were thick, heavy, and dense as a rock.

The nugs also had a faint stickiness to them which could be felt when cracking them open. I thought this cultivar was aesthetically pleasing despite the fact the nugs were a little more bald than expecting. The bright-orange to darker-yellow pistils that made up the structure Gary Payton was the first thing to catch my attention. Lime green and brighter purple colors constructed the colorways on each nug which was topped off solid trichrome coverage. I wasn’t too impressed by the way this cultivar broke up. Despite the mild stickiness, the yield upon breaking up the buds was below average at times and I believe this was due to some of the nugs being more weathered than others. Not to get carried away, they weren’t in poor condition like the nugs I received on Commcan’s Gary Payton cultivar, but these may have been sitting a little bit before making their way down to Mass. However, I was left with a considerable amount of kief on my rolling tray when breaking this up. Upon filling the joint up, the dry pull I received on the Gary Payton was a mix of peppery sweetness and gassiness with dribbles of light citrus notes.

When I sparked up the Gary Payton in an Organic RAW, I received the same spiced terps experienced on the nose through the initial inhales. The spiciness was filled with gas and floral terps until about a 1/4th of the way in. From here, the taste became much more sweeter which blended in seamlessly with those floral terps. On the way out, the exhales released a sweet and musty combination filled by a sharp taste of pine. A little ways into the sesh, the sweet finish on the exhale became noticeably rubbery as well as doughy. For the most part, the inhales had a gaseous punch to them that led to some mild pressure build up in the chest and coughing. Although the strong peppery flavor experienced towards the beginning became more subtle, I believe this specific terp remained the most consistent throughout the sesh. Additionally, there were times while smoking this cultivar I felt as if the combination of sweetness and floral created a z terp effect. All in all, the joint burned evenly on this with consistent flavor over the total duration of the sesh. This resulted in a lighter gray ash with minimal to no terp res ring to accompany. Personally, I feel like this could be attributed to the fact that some of the nugs I saw were more dried out than others. With that being said, I still believe the smokability on this cultivar was enjoyable especially being packed with as much flavor as it was.

The medicinal effects that ensued after the seshing with the Gary Payton added a calm to the night. As I mentioned on my last review I did on this strain, this is a perfect smoke to unwind on the weekend after a long week. True to form, I experienced a heavily sedative feeling spawning from my shoulders down to my legs about 20 minutes after putting the joint out. Although I felt inebriated after smoking this, I didn’t feel a total loss off perception but I did notice I had a slight drool effect in the making. My appetite was roaring off this especially my sweet tooth. I ended up knocking out about a half a bag of Valentine’s Day chocolates on this in one sitting which left me feeling rather fat. The total duration of the high on this lasted well over two hours and was arguably the best feature about this cultivar. I did feel a bit sleepy on the come down off this which is mainly why this was enjoyed on the couch. There was no questioning the potency on this and I believe it would’ve even been more intense if the batch was fresher than the one I received.

Personally, I think that this cultivar did the trick and has the potential to be enjoyed by more indica-leaning smokers who enjoy that thorough knockout punch at the end of the day. I think this would be a smoke that would fall in the range of intermediate to more experienced level smokers. In addition to that, I believe anyone knows that a good cultivar of Gary Payton will excited those smokers more versed to those rich terp profile with a bit of gas. I felt that High Road’s Gary Payton met that standard. As mentioned, despite my slight disappointment towards the dryness of some nugs, the smoke was clean and I believe would appeal to those with pickier lungs. Additionally, this cultivar has potential to have huge impacts on the patient side as I believe this can go hand in hand with those struggling from various illnesses across the spectrum. All in all, after hearing nothing but positive things about High Road over the past year I am glad I was finally able to get my hands on some. I will be following this up with their Blueberry Gushers within the next couple days. 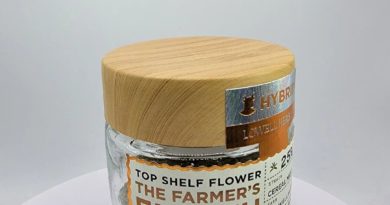 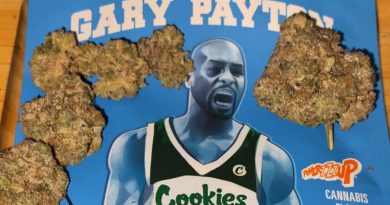 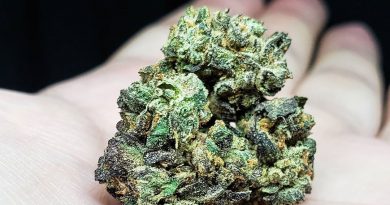