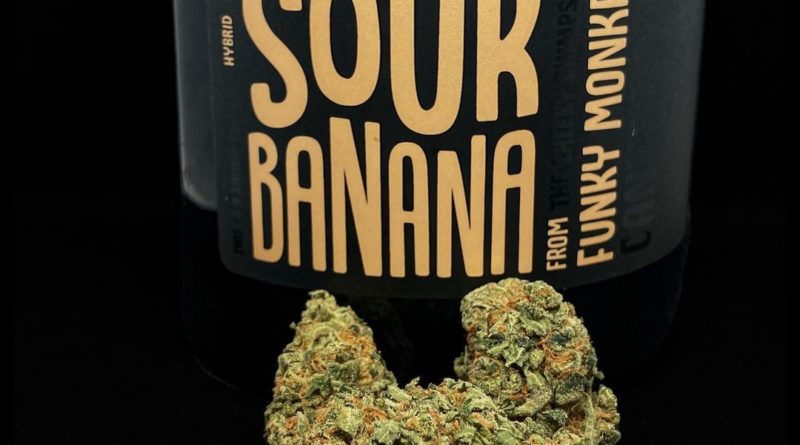 Today I will be reviewing some Sour Banana by Funky Monkey grown by Illinois Grown Medicine from Elgin.

This package caught my eye when it hit the local dispensary menu that I shop at, bright packaging with large bold letters that made me click to learn more. Lately I have seen a lot of Illinois cultivators putting out Banana strains, but I have yet to find one that has any banana profile to it from aroma to flavor. So of course in my hunt, I decided to pickup this bucket on my next trip I made.

Sour Banana is also known as Sour Banana Sherbert, is a cross between AJ’s Sour Diesel X Banana Sherbet. This batch batch was harvested early this year on January 5th, tested on January 20th & then packed on February 22nd of this year, coming in at 20.49% THC in all with 0.42% CBGA. This strains dominant terpenes that stand out from this strain are Terpinolene, Beta-Myrcene, Nerolidol, Limonene & Pinene, giving it a complex flavor profile with lasting effects.

When I first opened up this jar I saw an amazing arrangement of nice dense buds covered with bright orange hairs wrapping the buds like vines on an old building. This batch had a nice trim job on them with very little shake at the bottom of the container. Next came the smell, it was very light to the nose at first until you let it air out in the room for a minute. Once that aroma is out you will smell a sweet tangy aroma that almost reminds me of a zested lemon , when I broke down the flower I was hit with musky & pungent earthy sour undertones.

The smoke was nice & smooth with a mouth watering flavor that was almost a berry flavor with very sweet, light creamy banana/berry undertones. The effects from this strain I found were an almost immediate onset with a rush of cerebral stimulation as well as helping maintain focus and emotionally uplifting while also helping treat minor inflammation. Towards the end of the high I found myself in the pantry searching for some sweets.

I could definitely see this strain being good for those who are looking to boost their mood, help focus, and treat minor inflammation pains. However, this strain did cause me heavy eyes and dry mouth and I could see high quantities of this causing anxiety in a social setting.

Overall I would give this a three out of five as the flower was a little dry when I originally picked it up so I let it sit with a Boveda pack for about a week before I gave it a smoke to review. I’d grab this again in a smaller quantity if nothing else new caught my eye at the time. 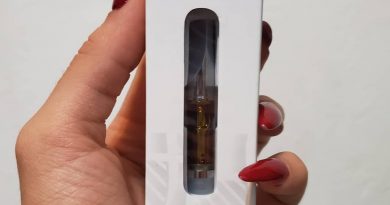 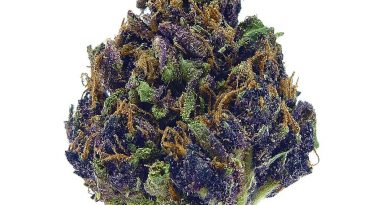 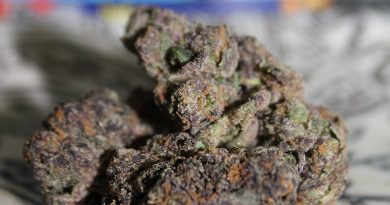