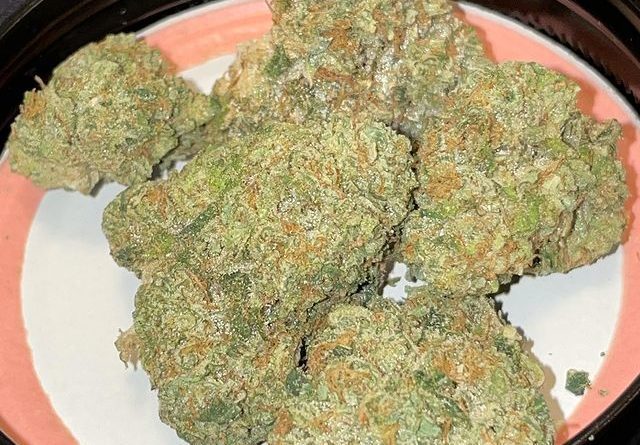 Hey what’s up everyone? We are trucking right through August and almost the end of the summer. Where is the time going? Anyways, I have a review for you all today which marks the return of Frew Tree after a month or so. One day, when I was down on the Cape within the past couple weeks, Frew Tree had me swing by to review a couple of the Candy Fumez phenos from a hunt he had recently ran. He informed me that this cultivar included a cross between Zkittles and Sherbanger, I was not only fascinated but instantly sold. Originally spawned from a collaboration between Boston Roots Seed Co and Bloom Seed Co, Candy Fumez is one of those “cutting-edge” candy gas crosses that has potential to violate the palette in a good way. After having tried almost nothing but hits from Frew Tree over the past several months I was delighted to see what pheno #1 and #6 had in store, respectively. I am going to do both reviews back-to-back for compare and contrasting proposes. Let’s waste no more time and get into the facts!

No fancy tricks regarding the packing on the Candy Fumez #1 as this was gifted to me in a ziplock bag. When I opened up the seal, my first impression of the nose on this cultivar was sweet candy with somewhat of a carbonated citrus (most notable lemons) backend. This also included creamy, spicy notes intertwined with the penetrable candy scent. Shortly put, it wasn’t hard to tell this had an extremely savory appeal the second the bag was opened. The quarter received consisted of dense, lime green buds that had, for the most part, a spotty triche coverage. I even noticed that the triches had somewhat of an amber complexion to them when view under the mag jar.

I’m going to be honest that, when under the jar, this almost took a bit away from the aesthetics even though the nose gave me nothing but promise. I wasn’t blown away by the appearance of this cultivar although the nugs felt fresh and healthy in hand with a fair amount of stickiness to them. Once I cracked one of them open, the candy-coated sweetness remained but with a brush of burnt rubber and pine. The pine scent was faint but gave it some old school gassy notes underneath those modern candy and citra terps. Regardless of the stickiness, this cultivar was moderately feasible breaking down by hand, which I ultimately preferred as it provided a better burn. After being grounded down, I began to smell those thick z terps within the nose running its candy lemon odor through my nostrils. Still, this was oddly more on the carbonated citrus side more than candy id you ask me. Once I took a dry pull of the joint, I let in a sweet and floral mix that transformed into flammable z terps giving off a nail-polish aftertaste.

When I sparked the Candy Fumez #1 in an Organic RAW, I immediately received a sharp taste of floral that included a mouth-embedding spiciness upon the initial inhales. Right off the rip, I could tell this had a unique gassiness to it as those fruity, yet gassy, notes came on full throttle. However, this didn’t take away from those rich, deep-rooted creamy candy terps that made the pulls simply out of the world. On the way out, the tempo didn’t change at all as this carried through sweet candy terps left lingering on my breath long after letting the smoke out.

After getting about a quarter of the way into the sesh, the undeniable taste of z on each pull definitely picked up intensity wise. As each pull uncovered a lemon candy taste with other generic fruit terps they concurrently fed off a slight backend of pine. Nearing the halfway point I noticed my self letting in a dark berry taste that had a bit of ripeness to it as well. This fed off a mix of strawberries, blueberries and slight notes of papaya as these flavors combined with a subtle spiciness to go along. The burn on pheno #1 was very steady and even-paced culminating in a mostly white ash with a few grey areas here and there. I cannot leave out that this had a sweltering terp ring formed around the perimeter of the joint. As I moved into the later stages of the sesh, there was still a presence of creamy, spicy z terps. This provoked lighter notes of sweet dough which developed a weird, but edible, taste that sort of caught me off guard late. Nonetheless, those fan-favoring candy terps pushed along until the finish line. When it was said and done I really thought that, although the Zkittles lineage was present, this cultivar was dominated by its Sherbanger parent. The terp profile on this along with the potency of smoke complimented each other well. Personally, this is what I envision when I hear candy gas.

The onset of medicinal effects created from Candy Fumez #1 snuck up on me without question. I felt a deep state of euphoria forming in my chest region from about halfway to the sesh down to the end. This became exceptionally noticeable right before extinguishing the joint as I felt quite relaxed and, rather, droopy. For about the first 30 minutes of so, I started to show signs of happiness within my surroundings, even if the mood was off beforehand. I noticed myself being completely at peace with the status quo each time I lit up the Candy Fumez #1. Over time, I became a bit spacey and noticed myself drifting in and out of my thoughts. My fiancé was not a fan of me on this one as I had the tendency to start listening to what she would say than drift back off into my thoughts, seemingly ignoring her LOL.

Although I didn’t necessarily feel tired or sleepy this cultivar did do it’s job demotivating me. By about 45-minutes to an hour into the onset of effects I felt an added dose to the euphoria developed earlier on. My advice would be to enjoy this a little bit later in the day, especially if you don’t have any plans on deck. The effects also led me down the YouTube tunnel often, creating the urge to watch some absurd content. When it was said and done, the high last for a near two hours allowing me to savor every minute. Although I was curious to see the potency this packed ahead of time, I think my questions were answered as this one did pack a decent punch.

After having a chance to try the Candy Fumez #1 recently ran by Frew Tree, I have nothing to say but the fact that I was thoroughly impressed. This may be one of the best pick ups I’ve gotten my hands on from Frew Tree, if not the best. Despite a somewhat ugly appearance, this cultivar had a lot of features putting it on the doorstep of a classic. While the Zkittles lineage is felt on the nose, the Sherbanger notes dominate early and often on this particular pheno. The terp profile I would consider as the main attraction for this pheno feeding off notes of candy, citrus/fruit, cream and spice that held the taste buds hostage. Any smoker who is a fan of new-age candy terps with a cutting-edge profile is in for a treat with this one. I even think this may have some potential to win gas smokers over although that still may be tough in general. The medicinal effects the Candy Fumez #1 eventually leads into is more along the lines of couch-lock one. I think seasoned vets should fare well although more novice smokers may want to proceed with caution as they may be a little too intense. This will ultimately work well for those dealing with any sport injuries or muscles aches, depressive symptoms and other related illnesses. The Candy Fumez #1 was nothing short of unique offering and I will follow up by having pheno #6 up later this week. 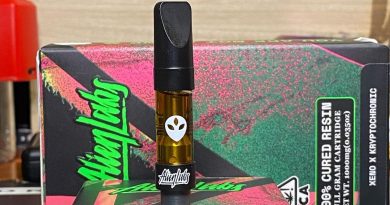 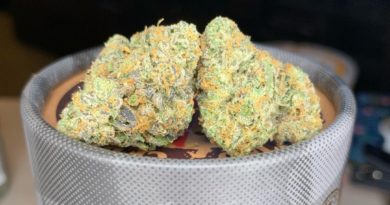 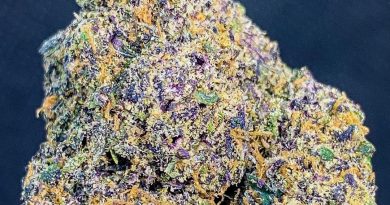