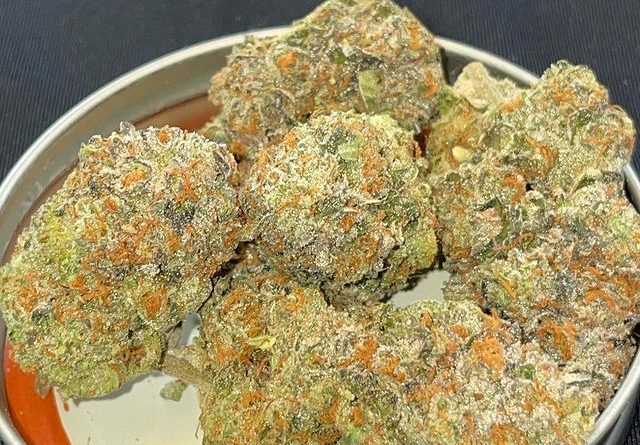 Hey what’s up everyone? We are finally rolling along into the weekend and, after a slightly chaotic week, I have the final installment for the 3-part series of reviews I’ve been conducting for Pleasant Effects. After having “pleasant” experiences with both the Gello and Apples n Bananas I recently received, I was curious to see if this would be the trifecta. If you are looking for a brief background introduction on Pleasant Effects I would please ask you to check out the first review I did on his Gello. Featuring a cross between Gello and Animal Cookies, I had a hunch that this would be a lung smacked the minute I had learned the lineage. After enjoying Gello slightly more than the Apples n Bananas, I was intrigued by what power the Animal Cookies could potentially bring to this experience. Similar to the others, the Danimals was another cultivar that Pleasant Effects had teased me with while he was concluding his last run. Let’s waste no more time and get into the facts!

When I picked up the Danimals, I received it in the same style packaging as I did with the Gello and A&B. This included a square, direct-to-print Mylar bag with 3D lettering spelling out “Danimals” on the front. While this had to be the simplest, least detail-oriented artwork of the three, I’ve found that one features always sticks out on these. For me, it was the puffy, 3D lettering which made it appear as if the lettering were silly puttied on the bag itself. Apart from this feature there wasn’t much else that captured my attention besides the baby blue and turquoise background. I personally thought the packaging to be more on the underwhelming side of things although it brought back the nostalgia of those yogurt cans from the late 90s.

When I opened up the seal on the packaging that contained the Danimals, I was surprised by how earthy the nose was upon first impression. While in solid nug form, I could detect a slight hint of pine and spicy terps penetrating through its surface, however; nothing during this period was overly impressionable. As I proceeded to crack one of the larger nugs open, I gained an amplified version of spicy terps that went along with a citrus, fuel-like smell. There were sweeter notes within although I had to dial in on them due to the gassy aromas this cultivar exhibited when split apart. The nugs in the half received were a mix of larger nugs with fat, fat colas to smaller, bulkier ones. Additionally, some were on the longer side in makeup and consisted of a prickly surface that tickled the skin when handled. The aesthetics on this cultivar were enough to capture the consumers eye from afar as a semi-powdery covering of triches were sprinkled across each one. The nugs had a mix of darker forest green to lime green hues with some periodic spots of violet thrown in. This also included a considerable amount of brighter orange pistils that snaked across each one. Breaking down the Danimals by hand was simple and preferred giving way to a sticky, kiefy layer on the inside. This cultivar was one of those you could breakup by rubbing your fingers together but without having to deal with a dusty, crumbling structure. Of course, keep around some wet naps for the residue that will be left on your fingertips afterwards. Upon breaking up and receiving a very healthy yield, I was graced with lemon-lime terps resembled a bit of candy and fuel. The dry pull on the joint gave off mild notes of floral and spicy terps that developed into a strong taste of lemons on the back end.

When I sparked the Danimals in an Organic RAW, the initial inhales brought about gaseous floral and chem terps from the very start. Early on, it was difficult for me to tell if I was pulling in either diesel or chem terps but the hits were rather excruciating. I did notice a slight lemon taste beneath those generic citrus notes. This was more along the lines of a pine sol or lemon OG taste providing a great deal of power to the sesh. On the way out, a sweet mustiness exited my lungs. It left an odd fruitcake taste which was mostly likely contributed to the Gello within the lineage. A little deeper into the sesh, around the halfway point, I noticed the mustier terps start to develop a cinnamon Teddy Graham taste that enthused my palette. Between that and the thick, gassy lemon flavor provided on each pull made the terp profile on the Danimals rather unique. Still, the bitterness from those chem terps did lead to coughing as well as a build up of phlegm in the chest. Each pull managed to be smooth, even-paced and hard-hitting. Ultimately, it resulted in a clean white ash without a terp ring present. I did notice a couple stains but this wasn’t that drippy. Moving along towards the second half of the sesh, I felt as if the gassiness of each pull leveled out just a bit. At this point I ended up receiving sweet, shortbread cake terps accompanied by sweet and tangy lemon terps. This was considerably less bitter than what I experienced earlier on. Riding that wave to the near end of the sesh, I did believe this cultivar turned a little bland at the end forcing me to extinguish early. All in all, this was packed with a tremendous amount of flavor as it stung me with its potency, making the Danimals a highly attractive offering.

The onset of medicinal effects from the Danimals went into play as soon as I started coughing from some of the more burdensome pulls. From the start, this formed a deep state of relaxation from head to toe.

Even within the first 15 minutes concluding the sesh I noticed myself feeling tired and groggy. This clouded the mind putting me in a position where I did not feel up to the task of handling outgoing social situations. I preferred this on the couch, while tuned into a ball game or tv show. Not to ignore that the inside of my head felt swollen (from congestion), eventually dissipating into a calmness that ease up my joints and muscles. Without a shadow of a doubt the effects from this cultivar were not for the weak of heart. About 45 minutes to an hour in I felt ridiculously lazy not wanting to get up from my position on the couch. I did feel a mild increase in hunger as well. In general, this was one of those stay in the house, sloppy type highs where you just feel completely unmotivated. When it was said and done the effects last for a good hour and half to nearly two hours boasting some intensity to them. I would go out on a limb to say that they were the strongest of the three cultivars I’ve reviewed and the pinnacle of this particular one.

After having a chance to try the Danimals that was currently ran by Pleasant Effects I can confidently say the overall experience fell in between the ones I had with the Gello and Apples and Bananas, respectively. Being a looker right off the bat, the appearance of the Danimals gave it potential from the beginning to be proper through in and through out. This cultivar is easily going to appeal to any “gas head” smoker out there while it’s slightly sweet citrus and cake-like taste will approach the terp seekers. In addition, if you like a gripping, fully-bloated couch-lock high than look no further. The effects speak for themselves and I think they should be handled by more experienced users. Personally speaking, this one was a knock out punch for me. When it comes to medicinal use, I believe the Danimals will go hand in hand for those struggling with anxiety, ADHD, muscle/joint soreness or pain, amongst many other things. I wanted to thank Pleasant Effects again for allowing me to try the three offerings presented. We will have more content to follow from these guys within the next couple months. 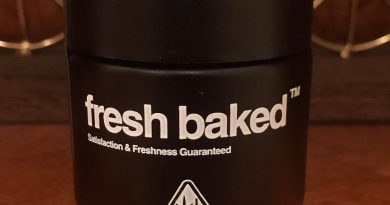 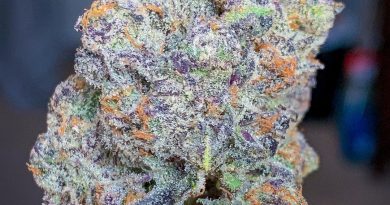 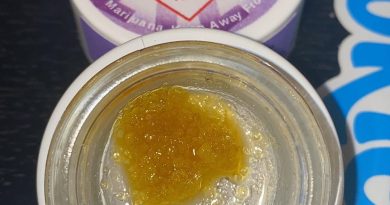