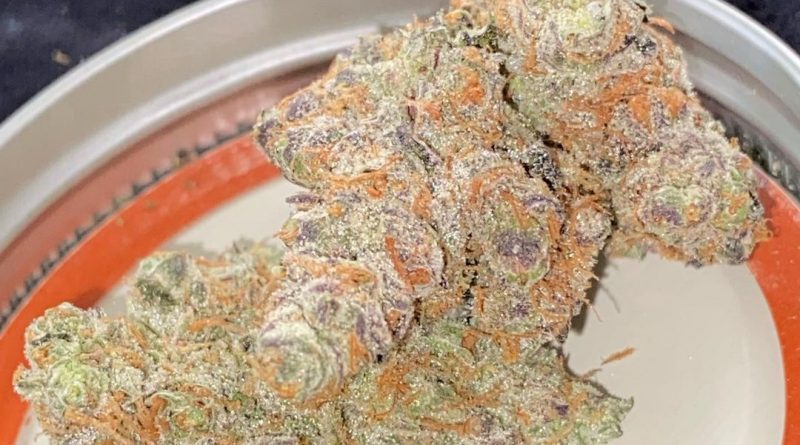 What’s up everyone? Happy Friday Jr. and I hope everyone is excited for the review we will be covering. Today we will be reviewing the GMO by Jewswhoinfuse. We are going to waste no time and get to the facts.

For those of you who are unaware, this man has perfecting the GMO strain off the original clone he bought 5 years ago and you can tell. He also gave me a history lesson that the original GMO was hunted and found by @skunkmasterflex1 and it was at the same time the Girl Scouts of America had GMOs found within their cookies. From there, he felt it was necessary to name it this GMO based off the lanky and odd shape it formed during growth.

First off, this was gifted in a good old pop-top bottle. Once opened, the buds were more than impressive. Flaky, sturdy, and standing up like a Christmas tree in December these nugs were unprecedentedly long. No questioning that this was locally grown and hand-trimmed which is always a treat when it comes above par. The aesthetics were nothing short of spectacular with intertwining colors of green, yellow and purple coated in white triches. I couldn’t help but notice the pistils that perked up and wrapped around in every direction as well as the prickly, pointy colas. Although it’s structure didn’t appear sticky, you could dangle this from your fingertips for hours. This yielded a pretty good break up and was loaded with kief which was a nice change of pace compared to the majority of street bags we’ve been covering. When rolling GMO I have noticed, due to its fluffy nature, you tend to need to fill out the joint a little more than usual.

When I sparked this in an organic RAW I think most of you could guess the outcome. An overload of musty and earthy terps with touch of sour. The sourness to it really did take me by surprise but how can I be given its Chem parent. On the exhale I was consumed by the unorthodox terps the GMO strain always hold. That is the old Italian kitchen I mentioned on my Mentation post I covered a few weeks back. Garlic, onions, that musty gas that will make your eyes water. The pulls were extremely potent but oh so smooth. I found myself at parts of the sesh talking to myself about the flavor on this as well as the stench on my breath that lingered well after the exhale. The GMO drew a milk-white ash and has a perfect res ring that oozed with goodness. The smoke was unbelievably clean on this and the flavor remained strong through the entire duration the joint was lit.

The high was daunting to say the least. I got about a quarter of the way through and was wondering where the punch was coming. That could certainly have been felt between then and halfway through the joint. By then, I had a full drool effect and was stuck deep in thought. By the end of the joint I was heavily medicated and this honestly lasted a good two hours or so. I had really had the hankering for hard candies and I think this could be attributed to the musty aftertaste that left my mouth dry. That’s how you know the GMO hit the spot! I really felt that the high was one you’d have to enjoy alone within the comfort of your own mind. I remember wanting to put on calm, soothing music to enjoy the sedating effects this one had to offer. Overall, the high was parallel to the appeal the GMO created upon first sight.

Upon smoking this, I believe this would fit the criteria of any seasoned smoker looking to have a nice night on the couches. I would recommend a good TV show or some light music to help get your mind off the paralyzing high. My belief is strong that this could lead to ear ringing for less experienced smokers. Don’t think you’re going to get a lot of activities done around the house either; just relax and take a breather. Also ordering some food (or like I did Hardy candy) might not be a bad idea either. Anyone who favors a more earthy, gassy smoke over a more fruity smoke will like this. I would try this again 10/10 and probably encourage most to try. 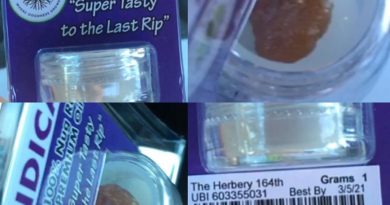 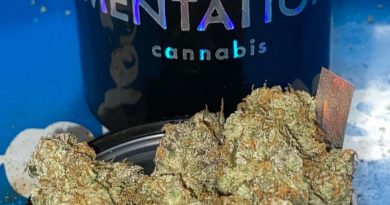 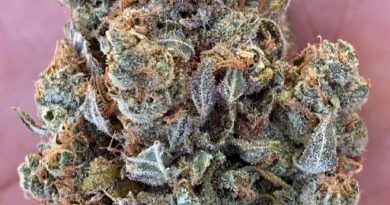