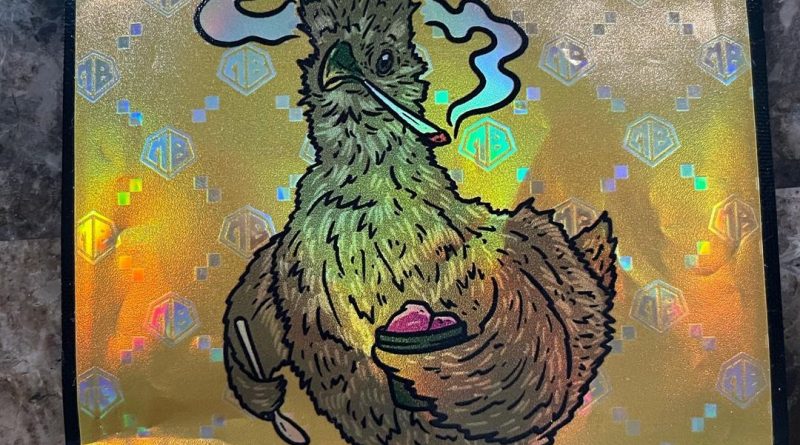 What’s up everyone? I hope everyone is having a great weekend, it’s Sunday, and I have another review to cap off this week. I always get a weird but happy feeling heading into holiday weeks and I am definitely looking forward to Turkey Day coming up Thursday. Before that all happens, we have another special debut. This time from we have Mount Burnin’ who hails all the way from out over in the Bay Area. Today we will be going over their one of their more renowned strains known as Silky Gelato. An impressive offering which has made it way to Cookies, Lemonade, Dr. GreenThumbs and various other dispensaries throughout the state of California. When I found this out I felt like it definitely upped the bar for the quality I was expecting. Let’s waste no more time and get into the facts.

The Silky Gelato came in a standard square Mylar bag that had a shiny ring to it. This one was almost a hallographic gold with a chicken on front that is smoking a joint while wielding a spoon and a pint of gelato. I don’t try to get into designs that often but I definitely thought this one was exceptionally creative. Personally, I am a fan of birds after growing up in a house with multiple pet parrots growing up so this hit home in a way. After investigating their previous packaging, I came to realize that this chicken (whom I suspect name is Silky) is a common theme on a lot of their bags.

The sedating effects felt from the Silky Gelato were ever so present from about half way through the joint until long after the sesh. I felt wrapped deep inside my thoughts on this, however, more apparent was the skimped state that I felt in my upper body that draped down to my legs and feet. A full out tingly sensation took over leaving me super relaxed and slumped in a position where it was difficult to accomplish the most simplest tasks. As mentioned, not a huge fan of highs that knock me out too cold but I did receive enjoyment from the pain relief this provided particularly in my joints and muscles. This helped me a lot after working out and long days at work in which I felt stressed and worn out. All in all, I felt like the potentcy within the high the Silky a gelato fed off was the highlight of the sesh. This crippling high was one that any indica lover could easily fall in love with.

Overall, it’s going to be tough for people to get over how aesthetically unappetizing this offering looked when presented out of the bag. The small buds did leave a disappointing vibe despite a relatively smooth smoke. If you are a person who can get over the short-handed aesthetics, I did feel like this would appeal to indica-leaning smokers as mentioned. The joint and muscle relief received I believe would be a fit for bodybuilders as well as patients experiencing all different types of pain-related illnesses. I feel like I would want to give this another try if the structure of the buds were larger and more appealing. I will have another offering from Mount Burnin (and a frequent collaborator of theirs) this Tuesday and am happy to announce this will be a lot more aesthetically gifted.

Upon sparking the Silky Gelato up in an Organic RAW, I was met with some familiar and, also, unfamiliar terps. The initial inhales started out with sharp citrus and floral tastes. I also caught some notes of melon and guava with some sweet and sour in there as well. Additionally, some z terps were present throughout the sesh. On the way out, I retain those citrus terps but felt more of a pine tart taste which left a weird and unusual taste for a gelato. Around half way through the sesh I experienced more of a diesel taste with those light fruity notes still prevalent. The Silky Gelato resulted in a nice slow burn and the pulls were smooth throughout the sesh. The ash that formed was a grayish color accompanied by a drippy res ring that oozed down the side walls of the joint. I did experience a bit of taste loss towards the end as well as a heavy resin that made the joint soupy forcing me to extinguish. Overall, I personally felt like the Silky Gelato was on par with most gelatos I have had the pleasure of trying throughout the past few years or so. This certainly did the trick and led to a rectifying high.

Upon opening the bag, I was hit with an unusually light fruity smell. I felt a mix of citrus, berry and floral smells that, in one, created a pretty potent bag appeal. I was bit disappointed by the nugs, however, as they were compressed and bit-sized. I don’t have anything again smalls in general but I feel like it takes away from the aura that a well-known strain has to offer. I also know that this could have happened in the process to get it over here. The smalls were, for the most part, light green with dots of purple scattered throughout. You could tell this contained a fair amount of pistils that were tough to see given the small size of the buds. Upon breaking down, the buds had a soft and fluffy texture which led to a pretty good yield. The Silky Gelato exhibited fruity smells of cherry and oranges upon being broken down which did fill the room with a pleasant odor. All in all, it did fill the blunt up well although a little extra was needed to round it out. Still, not really the expectation I was hoping upon taking it out of the bag but I was curious to see how this one would hit me. 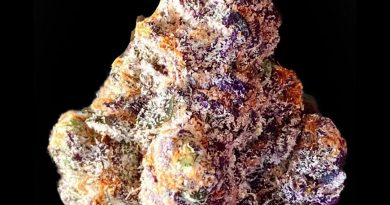 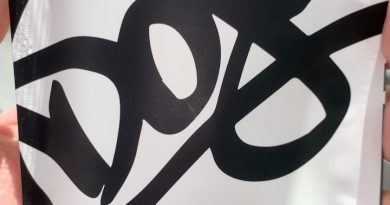 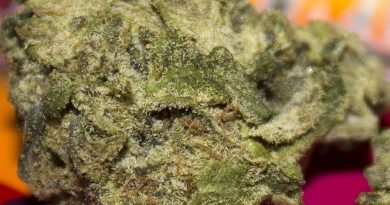