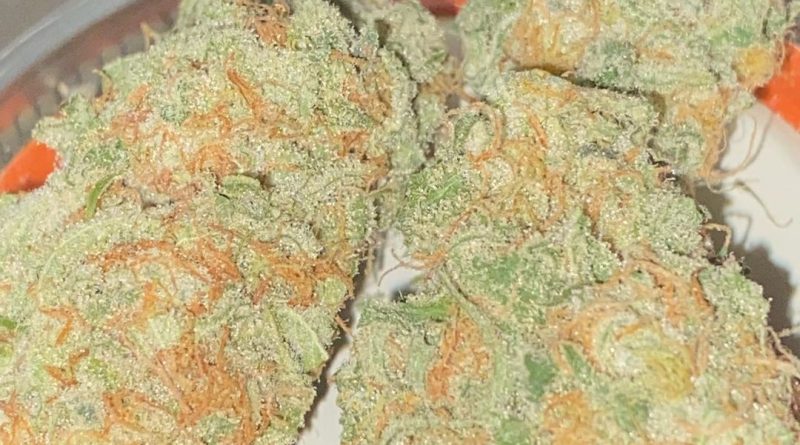 Bred by: Undisclosed (waiting on confirmation)

Hey what’s up everyone? It’s hump day which means we are halfway through the week and I have a treat for you. One thing that I’ve took notice too is how unique the taste profiles and overall cleanliness are for the offerings we’ve received from Boutique. Today, we’ll be launching into the third installment for The reviews we’ve been covering in his collection including his Strawberries n’ Cream. The one thing that really shocked me about this one in particular was how much the smell and smoke of this matches the name itself. There is no second guessing what we got in this bag. Let’s waste no more time and get into the facts.

When I first opened up the wooden-lid suction jar that the SMC came in I was impressed because this really smelled exactly like strawberries. Rich and creamy with notes of sweetness and earth were to follow but I really couldn’t help but notice the distinct strawberry smell. With pistils pointed up-right, the SMC was bright green with spots of yellow with a generous coating of white crystals that added to its beaming appearance. The texture of the buds were fluffy, flaky dense and the Nugs received were large as well as healthy. There wasn’t much stickiness to the outer surface of the bud, however, that changed when the buds were broken open. The fluffiness of the bud did not water down the yield of the break up due to the fair density to it. As opposed to the majority of fluffy strains out there, you did not need to pack this bud in the joint extra tight to fill it up nicely. This was marvelous!

When I lit up the SMC I could instantly taste those rich and creamy strawberry milkshake terps from the initial inhale. The milky vibes that started off the sesh were unmatched and I could tell from the jump this was going to be one of the better strains I’ve had this year. On the exhale I still retained that milkshake-like taste with rich berries, cream and an added must which I only noticed on the way out. While I was pulling those creamy notes to start they tended to change to more of a diesel-like strawberry funk towards the middle of the sesh. That didn’t change the smoothness of the SMC as each pull throughout the sesh was silkier than the last. The joint burned a THICK white ash with a perfectly circular res ring halo that surrounded the noticeably red cherry. This would fit the criteria for anyone who enjoys a long-lasting clean smoke. Overall, the smokability on the SMC was enjoyable on so many levels which led to a very potent high.

The high that the SMC produced was an even body and head high which put me into orbit. I felt lost in space about 30 mins after initially sparking the joint. The eurphoria really struck me in the joints of my shoulders and back which was nice given the history of problems I’ve had with my lower back. An all-around calming and eurphoric high I enjoyed this both inside watching the Sunday NFL games as well as during a quick joint walk. I was amazed how potent the sedating effects were, yet, at the same time giving a boost of energy and focus. A couple buddies I was hanging with did point out to me that I was “staring out into space” at points during a sesh with the SMC which validated how well it sat in. I did build up a fair appetite as well. All in all, I thought the smoke was very ideal as, personally, I favor a more balanced high. I was impressed how much the quality of the high matched the quality of smoke resulting in superb sesh.

Simply put, I think I’d recommend the SMC to just about any smoker out there. Unless you are someone who completely strays away from fruitier strains in general, you’ll enjoy this in some way, shape, or form. One reason I recommend this for everyone is not only the way the SMC smokes but, also, it’s high. I feel like the balance within the smoke appeals to mass audiences because it’s enough to knock the pants off of someone but still keeps them in commission at the same time. This hits both sides of that balanced high (head and body) I mentioned. I feel like this also could be used for a variety of patients on the medical side as well. This certainly was an all-round strain from Boutique. We will have the last installment for him up here either this weekend or next week. 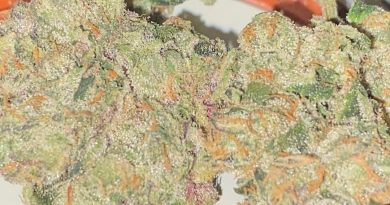 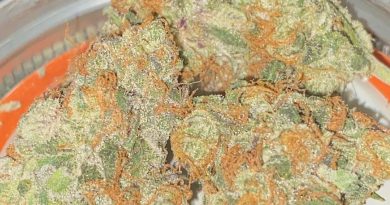 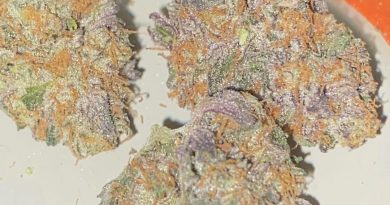