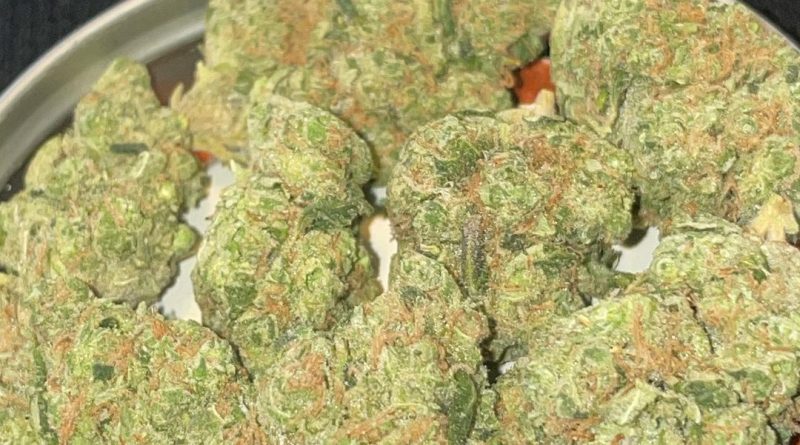 Hey what’s up everyone? I hope you are all enjoying the nice weather that we’ve been having especially if you reside in the New England area. Today, I will be going over a review which, when I first saw this was dropping, I knew would draw some interest from those who have been engaging with the content. The Silky Sour by Mount Burnin’ is their take on NYC Sour Diesel as well as a stab at bringing back some familiar favorites we haven’t seen in quite some time. If you would like some background on the Mount Burnin’ brand I would highly encourage you to revisit one of my earlier reviews of them. For those of you who are not aware, NY Sour was originally bred by Soma in the mid-to-late 1990s. When done right, this cultivar is known to have distinct grapefruit notes with a clobbering punch to the dome. Let’s waste no more time and get into the facts!

The Silky Sour was received in a standard square, Mylar package similar to the previous offerings I have been able to obtain from Mount Burnin’. I was personally a fan of the creativity featured on the cover. This depicted Silky the chicken suited up in front of a gas station spraying a diesel pump at the direction of the consumer. The fuel coming out of the pump as well as the slimey way “Silky Sour” was spelled out gave me implications this would generate some power. Over the course of time, I’ve noticed that the bag appeal on a lot of these various Silky Offerings tend to be a cut above average.

When I pryed open the seal on the Silky Sour, I received somewhat of a dull and earthy nose. However, once cracking a nug open I got a vibrant and spicy skunk smell that reminisced of that old school sour funk. I’m not going to make any bones about it but I was expected the volume on this to be a lot louder out of the bag than it was. Nonetheless, these buds had an extremely bright green complexion with less than mild aesthetics. They consisted of were soft, leafy structure including faded-orange pistils on it which were completely in tact.
The trichrome coverage was nearly nonexistent even though it could be spottily discovered under the microscope. I wasn’t too hot on the features the Silky Sour displayed until I broke the buds down. It was at this point when an incredible fuel like smell erupted featuring some mild citrus undertones. Additionally, I was fixated on a burnt rubber smell this cultivar provided at this moment. I did receive a nice yield upon breaking the buds up and, as I mentioned, that’s when that sour smell filled the airwaves in my living room. When I proceeded to take a dry pull of the joint, an even mix of earthy notes and petroleum were left lingering on my lips and tongue.

When I sparked the Silky Sour in an Organic RAW, the first few pulls were on the earthy side but I quickly gained a sense for a very stale citrus and ripely sour taste thereafter. A chemical, mildly diesel-like, taste could be spotted within the first quarter or so of the sesh leaving a bitter taste on the tongue. On the way out, I received a floral finish retaining the sour notes on the inhale including a well-rounded mustiness. A little deeper into the sesh I caught a taste for ripe grapefruit and oily terps. I was really taken surprised by how much flavor the Silky Sour fed off given the underwhelmingly gassy pulls throughout the start. While the gassiness did pick up a little I don’t think it was anywhere near what I was anticipating. Towards the end of the sesh the flavor became more bitter as the joint expressed a tart flavor overthrowing some of the more pungent inhales consisting of floral and diesel terps. Although this cultivar had an even and stellar burn it ultimately resulted in a darker ash with a bubbly terp drip. This one did bow out with consistent flavor as those chemmy terps remained strong the entire way. I can’t say this was my favorite smoke I’ve tried from Mount Burnin’ but the Silky Sour did provide a throwback terp profile that set me back in the time capsule about 15 years.

Despite the fact I experienced some pros and cons given the appearance and smokability of the Silky Sour, the ensuing medicinal effects following the sesh were impressive. There were no denying the Sativa-dominant features the high gave off. Towards the tail end of sesh, my eyes became exceptionally dry and red as a mind wandering feeling started to creep in. While this was happening, I felt a more than mild head rush starting to develop pushing outwardly towards the two corners in the front of my head. As time went on I felt increasingly perceptive and energetic.

True to its original form, the Silky Sour served as a phenomenal wake and bake tool as well as daytime smoke. Even though the effects only last around an hour and a half in total, they were felt when present. Ultimately, this cultivar was perfect for daily tasks throughout the week as it provided a spark of creativity as well as enhanced problem-solving ability. As I mentioned I was thoroughly impressed by the overall experience the onset of effects included by the Silky Sour which, in turn, ended up being the main attraction.

After having a chance to try the Silky Sour from Mount Burnin’ I was slightly let down given my expectations. Although I did think this particular offering had a favorable terp profile as well as medicinal effects I ultimately thought the appearance and quality of smoke missed the mark. Given the brand recognition that Mount Burnin’ has most connoisseur out here will certainly cop this one at least once. To add to that, this won’t be discriminatory smoke either as those from all different experience levels will be able to handle this one. Especially if you are someone who likes coffee while indulging in some bud this will suit your fancy. Not to mention, the medicinal effects will satisfy anyone looking for a boost to the day or a quick spark before work. Although I enjoyed some of the features this cultivar put out I would most likely choose another offering other than this from Mount Burnin’ next time, if given the opportunity. I still think this is a necessary cultivar for these guys to have in their stable and, as time goes on, it will only get better as it becomes more dialed in. 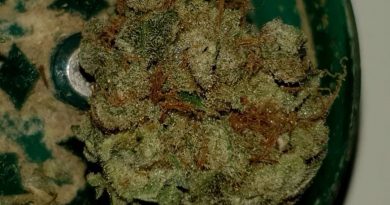 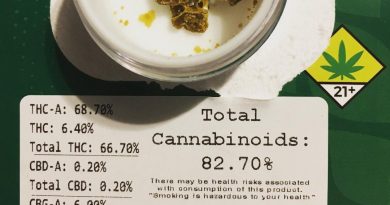 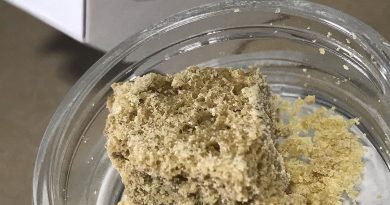