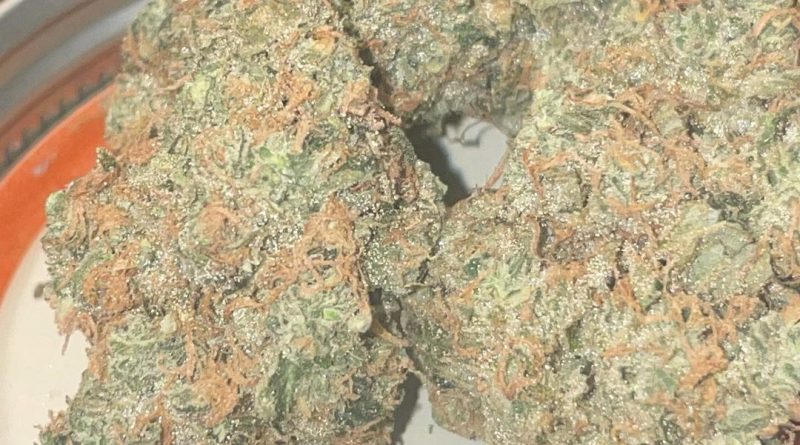 Hey what’s up everyone? I hope all of you are rejoicing a bit given it’s the end of the week. Happy Friday! Let’s light one up and get into this Stardawg by Jewswhoinfuse. This is a personal favorite of his as well as a cultivar I intended to put up in December even though the looks of it was little too leafy/larfy to showcase. Not this time around! Jewswhoinfuse made sure this batch came correct to ensure this would make it up the second time around. For those of you who are new to the game or have been living under a rock for the past 30 years, Stardawg has been an area classic holding its roots in Massachusetts believe it or not. This cultivar features a cross between Chem Dog 4 and Tres Dawg leading to a gassy old-school style smoke as well as terp profile when done right. The grower on this one is currently undisclosed although that is subject to change. Let’s waste no more time and get into the facts!

Similar to the previous offerings received from Jewswhoinfuse, the Stardawg came in a small, mason jar with black twist off lid. When removing the cover this cultivar smelled exactly like burnt rubber and tea drawing an earthy overtone. I’m not going to say the nose was profound or the most mind blowing I’ve experienced but certainly unique in its own sense. Coming out of the jar I was greeted with medium size and larger sized that looked way better than what the nose offered. These buds were extremely pale and lime green in complexion including a magnificent trichrome coverage as well as brighter reddish orange pistils. Each one consisted of a flaky, larfy and sticky structure that had a mild density. Once broken apart within your fingers this cultivar was ever the more sticky leaving a thick kiefy coating on them. In the process of the buds being broken apart was a mild skunky smell that admitted through the air.

Preferably, I chose to break the Stardawg down by hand into the the joint which ended up giving me an above average yield. When taking a dry pull on the joint I drew in the same burnt rubber notes felt in the nose to go along with lemon citrus, mossy undertone.

When I sparked the Stardawg in an Organic RAW, the initial inhales kicked off the sesh with an even blend of earthy notes that had somewhat of a gassy but soily taste. On the way out, I retained the same earthy notes experienced on the inhale to go along with some rubber and musty terps. I also caught a faint doughy taste in the mix of these two flavors. Although I found the taste to be a bit blandish until about 1/4th of the way in, those diesel terps did ensue. A little bit further into the sesh these developing diesel terps had a sharp lemon taste within. Each pull provided its range of gassiness but, for the most part, I received a balance of smooth ones at certain points and pressuresome at others. A little past the halfway mark is when this cultivar started to show its real potential. Those Chem notes hit harder than ever carrying over the lemon citrus terps, experienced earlier, into the finish. The burn on the joint was excellent despite the fact that it resulted in a slightly darker ash. This round of Stardawg still proved to be a fairly clean smoke. All in all, I didn’t think the smoke provided anything beyond a classic, and reliable, old-school terp profile. However, the experience was uplifting and led to some positive-minded medicinal effects.

The medicinal effects set in quickly when smoking the Stardawg. As my eyes started to water from some of the gassier pulls, I noticed my head starting to swarm towards the tail end of the sesh. A steady raciness clouded the mind, at first, almost giving me a slight panicky vibe. This feeling didn’t stay for too long as, within around 20 minutes, I started to develop an uplifted and energetic feel. Although I will not discriminate against nighttime use with this cultivar, this served as a phenomenal boost during the day, especially around lunch time. When under the influence of the Stardawg, I remained super focus and found relatively easy completing requiring critical thinking. The body high you may ask on this? While my limbs were tenders as well as joints loose, I didn’t run out of gas at all on this. As mentioned, the strong, Sativa-like medicinal effects put out by this cultivar served as motivation through some of those longer, more dragged out days. Sneaky as well as making way for a longer stay the effects lasted around two hours or so which had to be the most formidable feature from the overall experience. Needless to say the high didn’t disappoint especially if you lean towards the Sativa side of things. 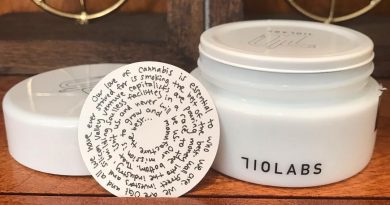 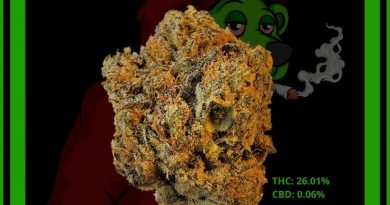