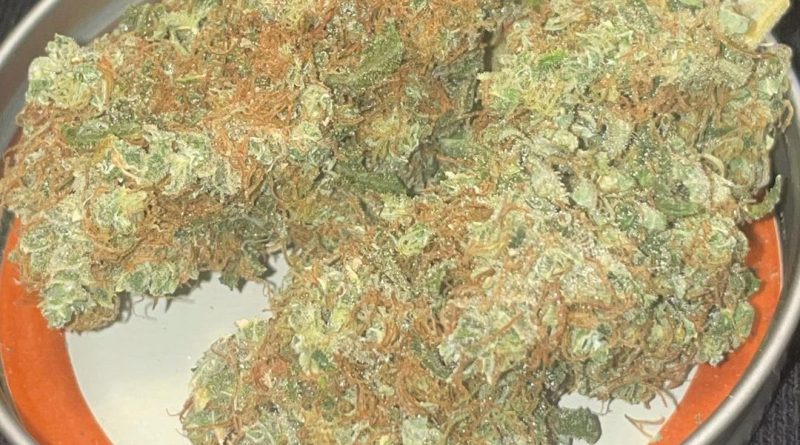 Hey what’s up everyone? It’s a new week and it’s time for some new reviews. Today, I have a returning player who stopped by recently and gifted me with some new review material from his teams latest harvests. Recently, I’ve had a strong hankering for some good, old-school style haze which is a little out of the norm for me given I’ve never been the biggest fan of it, even when I was back in high school and it still had significant popularity. When I saw Jewswhoinfuse boasting some Halitosis Haze he encouraged a review on it, so here I am. Even looking up some background info on this strain ahead of time got me excited, especially if it was some real haze and possessed those unique, racy effects. Let’s waste no more time and get into the facts!

Upon receiving the Halitosis Haze, it came in the same small, glass jar with black lid that I received the previous review material in a few months back. When I twisted off the top, a familiar odor of earth, mint and lavender lingered out the jar bringing back those fond memories of after-school “activities” in high school. The nose on this cultivar took me by surprised being a little more pungent than predicted. However, expect a heavy earthy overtone when taking a whiff of this bud. As I struggled to pull out the two or three large nugs that made up my quarter, I was greeted with long and lanky buds with massive colas. This is not to ignore the fact that these buds were considerably leafy, flaky and a bit airy.

True to its old-school form, lighter green hues with a smoldering amount of pistils made up the body structure for each bud. The Halitosis Haze also had some decent triche coverage but it was tough even noticing over the overwhelming amount of pistils. Given the fluffy, airy structure I was actually wowed by yield upon breaking the buds up. Once broken down, the buds felt a little stickier as compared to when the buds in hand. I still couldn’t pick up on anything more than I stated on the nose earlier as the overall scent seemed to die down a little once the buds were broken down. The dry pull on the joint consisted of a floral/lavender taste with heavy notes of earth accompanying.

When I sparked the Halitosis Haze in an Organic RAW, the initial inhales were somewhat bland. I was pulling in light notes of floral and earth to start off the sesh. After a handful of hits, this cultivar formed a light wave of gassiness, however, the flavor was very straightforward. On the way out, I gained an even mix of must and wood with those natural earth terps. In between a fourth to half of the way through the sesh, I noticed a light hint of lemon citrus terps form which I really had to hone in on to notice. At this same point, I also let out a faint cheese-like taste blended in with those woodier terps. Nonetheless, this is the flavor you’d stereotypically expect from haze cultivar that ended up being on the moderate gassy side. The pulls, for the most part, were smooth and exhibited that mildly gassy appeal as mentioned. Even though their wasn’t a cutting-edge flavor to this cultivar, I did believe there was enough taste on this to satisfy my palate. The Halitosis Haze had a significantly smooth and slow burn it producing a lighter gray to white ash. All in all, this produced a clean smoke and consistent flavor throughout the sesh. I’m not going to go out on a limb and say this was my favorite cultivar I’ve ever tried but it got the job done.

Around halfway through the sesh, I started to feel a slight racing sensation in my mind and chest. This yielded different results from there on in over the handful of occasions I seshed with this cultivar. For the most part, this racey feeling became a little more intense, on most occasions, producing more anxiety-prone medicinal effects. A couple times sesh, I needed to sit down and cool off, however, the other times seshing it turned into more of an energetic, productive-type feeling. After shaking off the raciness, I felt very dialed into whatever task I had at hand which make it an ideal daytime smoke for me (as you’d probably imagine). Only complaint I would have is the duration in which the medical effects lasted. While the effects were hard-hitting when present, I felt the high wear off on this only a little over an hour from the sesh concluding. I also found the urge to light up more after seshing with this cultivar as well. Overall, this was on par with what I expected the high to consist of from a haze variety, however, the length of time experiencing the medicinal effects was my only concern with the Halitosis Haze.

After finally being able to get my hands on some real haze and experiencing Halitosis Haze for the first time (that I can remember) I really thought this was solid stuff apart from the duration of the medicinal effects. I do think the appeal is somewhat one-sided on this. Nowadays, with all the evolving terp profiles and what not, I think a lot of smokers get lost in the newest flavor and hype which may cause this cultivar to get overlooked in translation. With that being said, if you only seek newer cultivars and those more cutting-edge flavor profiles this may not be for you. However, if you are a connoisseur or just enjoy an overall clean old-school cultivar you’re in luck with this one. Especially, if you are one who has dabbled in haze or enjoys hard-hitting, racy Sativa effects you’ll be all in for this one. Like I said in the paragraph before not the best stuff I’ve personally ever encountered but it did check a considerable amount of boxes and ended up being par for the course. I will have a few more reviews from Jewswhoinfuse team sprinkled in over the next couple of weeks. 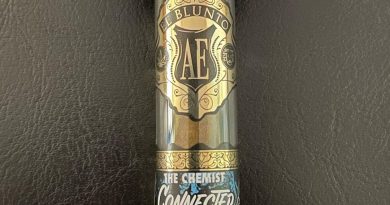 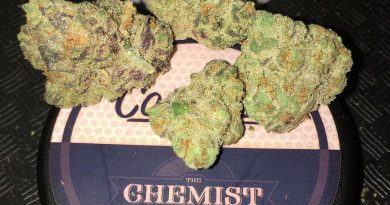 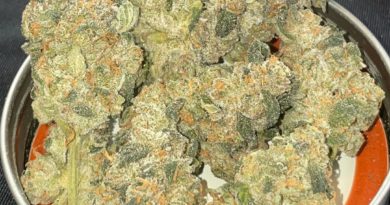