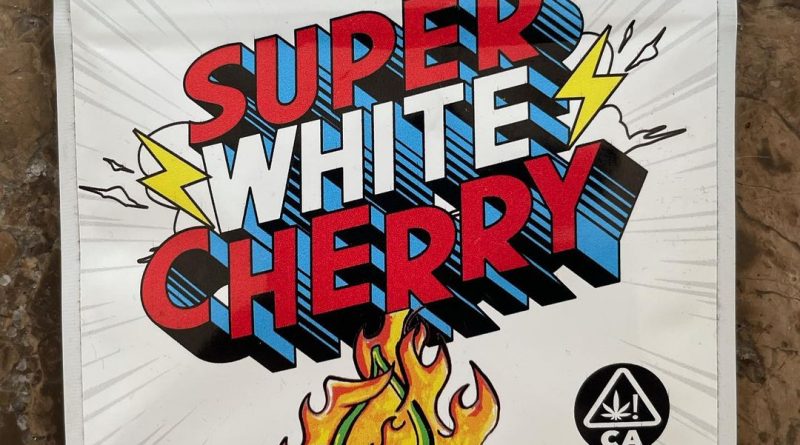 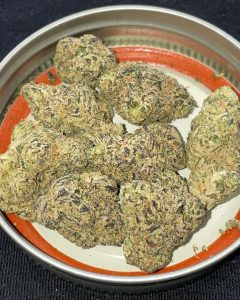 Hey what’s up everyone? I was going to take the weekend off to enjoy some March Madness action, however, I figured with the lackluster weather we are having that I would squeeze one more in before it’s over. Last Sunday, while I was in attendance at the St. Paddy’s Parade, I ran into @xavz617 from High Tolerance. I saw him in the HT gear so, naturally, I filled him on the page as well as some of my gripes with the Lato Pop (mainly how both were underweight). After reading one of the reviews, he responded saying “put this up for review,” as he handed me a sev of Super White Cherry. Before I even wasted time doing the review I checked the weight and was delighted to see this one was on point. I had high hopes this would serve as redemption from the last two reviews for one of Boston’s longest standing cannabis brands. Let’s waste no more time and get into the facts!

The Super White Cherry came in the common square mylar foil pouch with somewhat of simplistic flare to it. The artwork reminded me of a comic-book themed look as the “Super White Cherry” was written out in a “POW” like format besides a couple flashing lightning bolts. Surrounded by a white background, the lettering was placed above a pair of cherries set ablaze. Like I said, the packaging was simple but had enough pizazz, in my opinion, to capture the average person’s attention.

When I pulled open the seal on the Super White Cherry, my nostrils were greeted by a tart and bitter cherry nose. The dark cherry aroma on this cultivar was moderate gassy but also contained sour floral and nutty notes within the nose. The 15-20 small nugs that made up this quarter was probably the most annoying part about the appearance. This made it a little more difficult to capture good photos on this cultivar. The nugs had an underwhelming aesthetic consisting of lighter greenish gold hues with spots of darker purple. It was difficult to gain sight on the pistils as they were tucked in for the most part under a less than average trichrome coverage. Nothing out of ordinary yet the vibrant nose did make up for what the appearance lacked. The soft, spongy texture that made up the structure of each one resulted in a fairly decent yield. I preferred breaking this up by hand (as I normally do) which assisted in me filling out a fat joint with not too much wasted material. The dry pull I received on the joint consisted of sweet and floral notes citrus with a dark cherry soda taste.

When I sparked the Super White Cherry in an Organic RAW, the initial inhales contained a blend of floral cherries to go along with sour berries. Right from the start I was pulling in tons of bitter fruity notes (similar to the nose) which made it easy to tell this was a Cherry Gelato pheno (White Cherry my best guess due to the name) of some sorts. On the way out, similar terps as the inhale, as I drew out fruit flavors with a rubbery kick as well as a large dose of floral. Throughout most of the sesh, those floral cherry terps dominated the sesh as a sour, rubbery taste on the exhale set the tone for the first half of the joint. Sooner than later. Those rubbery notes turned a little more tangy as the exhales became as bitter as the inhales. Mind you, this bitter taste was actually enjoyable and not really one of those features that takes away from the other flavors within the overall terp profile. Due to the Super White Cherry’s spongy, sticky and kiefy make up, the burn on this was very slow paced. In addition to this, the joint became a little more oily than I would’ve preferred. This cultivar drew a lightish gray to white complexion on the ash as well as a massive terp streaks going down the side of the joint. I do feel like this contributed to some flavor loss towards the end of the sesh as those sourish fruit terps became a little too bitter to taste at the tail end. All in all, I did enjoy the terp profile and the way this smoked as a true cherry gelato.

Out of the three products I have reviewed now for HT, the Super White Cherry arguably provided the smoothest high I have received from one of their cultivars. This one creeped out on me right around the finish of the sesh starting out with a mild swarming feel inside of my head as my limbs became looser by the minute. My eyes were baggy and pressured as they sit low. About 20 minutes in, I received a slight melting sensation starting in my upper body which trickled down to my leg/feet within the next half and hour. Upbeat, positive-minded as well as cheerful would best describe my personality while under the influence of this cultivar. I also had a hankering for sweets on this and tried my best to fend away as I have been working on my summer body with all the nice weather we’ve been having lately. Overall, the high lasted near the two hour mark. I wouldn’t say the effects were overpowering but, more or so, a great way to unwind without loosing complete motivation for the rest of the day afterwards.

First off, I wanted to say thank you to Xavier and the HT crew for gifting the Super White Cherry after the last two offerings being underweight. Personally, I do feel like the various Cherry gelato cultivars have been extensively “played out” the past few years but this was enjoyable. Although the Super White Cherry wasn’t too appetizing in appearance given the smalls I received, I believe the nose and smokability will appeal to those who have a knack for Runtz/gelato cultivars (or anything on the fruitier side). Not to mention, the smoothness of the smoke on this one will allow it to appeal to smokers of all experience levels. Honing subtle and unwinding medicinal effects, this cultivar will ensure a good mood for anyone in need for a pick me up. For patients, this could benefit this suffering from anger, depression, or any other type of mood-related illness for that matter. Like I mentioned, this wasn’t cutting-edge or anything I haven’t seen before, I thought it was a decent offering on a modern staple. 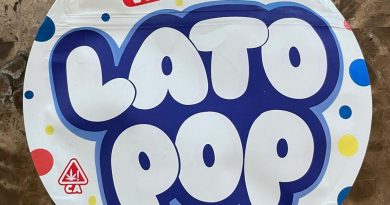 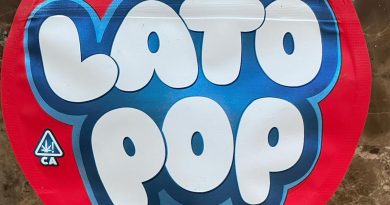