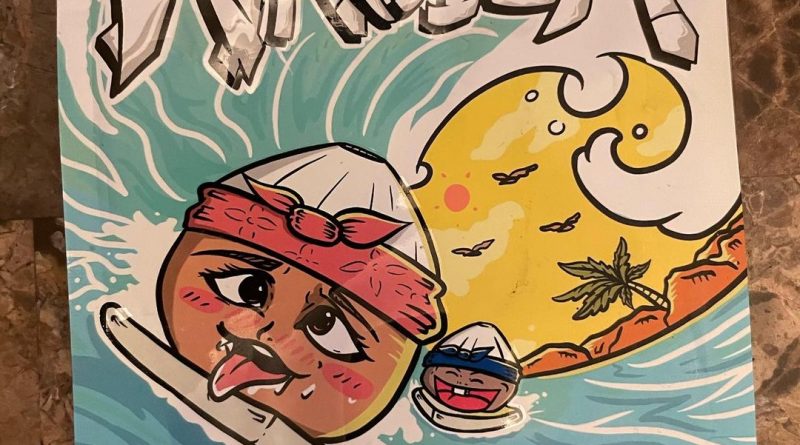 Breeder/Bred by: Waiting on Confirmation 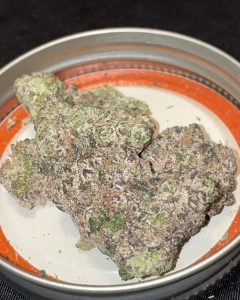 Hey what’s up everyone? Happy Friday Jr. and I hope you are all excited for the weekend that is to come! I have a follow up review today for Shoppingcarts on the Haupina I reviewed on Tuesday. Today, I will be going over the Waupia which is another candy gas offering in their catalog. As I mentioned in my last review, Shoppingcarts boasts a line of tropical, candy-like and gas flavors and this one I could tell was going to be no exception. After a good showing with the Haupina, I was anxious to find out what this would have to offer. Let’s waste no more time and get into the facts!

The Waupia came in very similar style packagaing that the Haupina did. The packaging came in a lighter-colored blue, direct-to-print bag which featured two coconut heads on it. It had the same one featured on the Haupina packaging along with another that looked a lot more sedated. As stated in my previous review, it really seems like Shoppingcarts has a knack for their tropical-themed packaging because bag seems to compliment the next.

When I opened up the seal on the Waupia, a smell of pungent candy aromas which were complimented by notes of floral, nutty and citrus making the words “Tropical Vibes” on the back of the packaging ever so prevalnet. When I pulled the nugs out of the bag I was slightly more impressed by the aesthetics on the Waupia than I was towards those on the Haupina.

I started to feel the effects from the Waupia kick in near the end of the sesh. It started with a cerebral head high that pushed up against the front of my noggin. Ultimately, this ended up transitioning to a full body high which wasn’t crippling but loosened me up a bit. I could feel a deep state of muscle relaxation in my calf muscle and joints within my lower body. I also got a butterfly feeling in my stomach and an all around confidence/spiritual boost. Even though the Waupia was enjoyable throughout various parts of the day, I particularly enjoyed this later on in the evening when winding down. The total duration of the high lasted well over an hour an a half and I didn’t really feel much of a come down off this. As stated, this was a cool buzz that left my troubles at the door as soon as I came in the house. I really felt like this was a well-rounded high and enjoyed the medicinal effects that the Waupia fed off. This is certainly something I would try again in the future.

Personally speaking, I think that the Waupia could be a fan favorite amongst many types of smokers. The fact that it has a heavy candy taste but isn’t as gassy and overwhelming as the Haupina could have the potential to appeal to all levels of smokers. It really goes without saying that this will appeal to any smokers who enjoys a strong gelato/Runtz cultivar. The flavor this packed is sure to have a lot of terp hunters out there raving. As far as the medicinal effects go, I believe the Waupia will helps those on all ends of the spectrum. Those who struggle from pain-related illness, mood-related illness, among others will find the effects from this to be seamless. I have to tip my cap to Shoppingcarts as both of these of these flavors hit the spot as well as checked off most, if not all boxes. I will be looking forward to seeing more from them in the future for sure!

They were a little too compressed (from transport I expect) but overall had a good appeal starting with the heavy trichrome coverage that layered the full body of the buds. Green hues made up the majority of the colorway for the Waupia but there were noticeable lighter purple spots within especially after cracking open the buds. When doing so, a strong candy gas aroma mixed with nutmeg. Even though they listed this a LCG pheno, the sturdiness and somewhat denser nugs gave off almost the appeal of a sherbet strain. About 4 or five moderate-sized nugs made up the eighth on this. Given the density, the Waupia yielded pretty decently upon break up and filled the joint quite well. The dry pull on the joint this one tasted like nutty and fruity cherries along with some other tropical flavors mixed in.

When I sparked up the Waupia in an Organic RAW, I quickly felt thick notes of rock candy and floral with an overly pungent diesel terp undertone. The floral and diesel had a distinctive taste which I personally felt made the z terps in the Waupia even that more enjoyable. A mix of diesel and fruit added an overtaking stench to the aroma this joint fed off. The gassiness within each pull varied as they were subtle and smooth at some points but more harsh during others. On the way out, I felt those same candied floral terps with a nutty, sweet diesel kick to it. For the most part, the inhale matched the exhale overflowed with a silky candy taste. There was sweet after-taste due to the candy terps which made the all-around flavor the main feature of the Waupia. In some instances, this was somewhat of a cakey sweet taste but, all in all, the overbearing presence of z terps on this held the belt. While the Waupia had pretty even burn resulting in a bone white ash, it did claim an underwhelming terp res drip on it. Nevertheless, this one was packed with flavor from the initial light up until the moment I extinguished it. 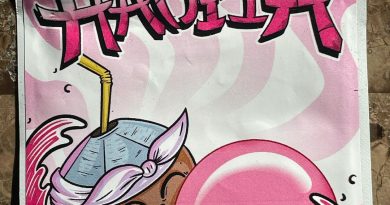 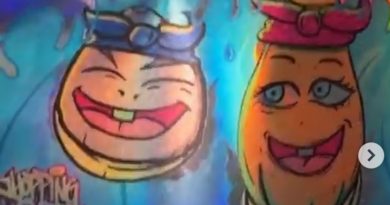