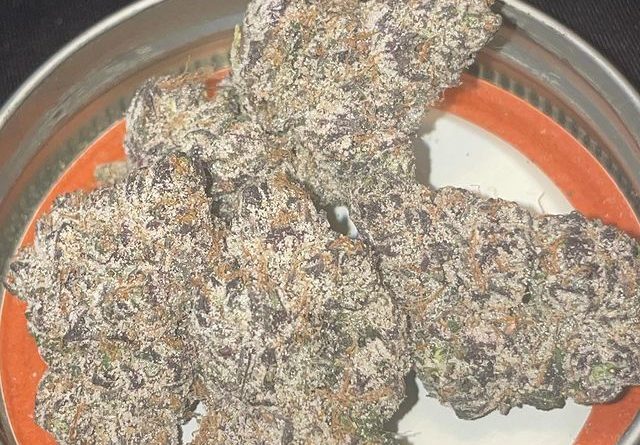 Bred by: Not Clear 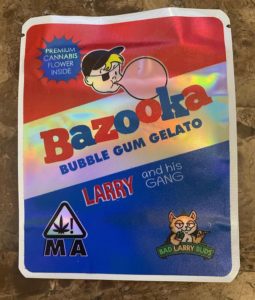 Hey what’s up everyone? I’m back on this beautiful Sunday with another review to discuss the Bubblegum Gelato I received a little while back from Bad Larry Buds. Once again, he went out of his way to put this in my hand which I greatly appreciate 🙏🏻. Since this is his 5th or 6th time being reviewed I don’t think a prior introduction will be necessary. This one actually came about by accident as he originally intended to give me the Stockton Slap from Funkhouse Farms until a little misplacement changed that. Although I’ve mentioned on multiple occasion how played out I think these various gelato strains are, I have always had somewhat of a knack for this one. Bubblegum Gelato, if done properly, brings out a distinctive bubblegum, candy and pine taste that typically leaves consumers watering at the mouth. This cultivar features a cross between Indiana Bubblegum and Gelato 45. I’m choosing to leave the breeder info off on this one as I ran across too many conflicting sources upon my research (feel free to drop a comment if known). Having enjoyed the majority of offerings I’ve picked up from Bad Larry Buds, I was interested to see how this would fare. Let’s waste no more time and get into the facts!

When I received the Bubblegum Gelato from Bad Larry, he placed it inside of a ziplock bag and included the mylar packaging that this typically comes in. The Mylar bag was a direct replication of Bazooka bubblegum sporting their traditional red, white (in this case silver) and blue colorway. The simplistic design also included Bad Larry’s logo on the bottom right. Personally, I didn’t think the packaging wasn’t the most innovative I’ve ever come across, however, it doesn’t leave consumer second-guessing about the cultivar being offered. All in all, I did favor two-way packaging this consisted of.

As soon as I opened up the ziplock bag containing the Bubblegum Gelato, an amazingly sweet aroma seeped out into my living room. This aroma exhibited fruity notes of bubblegum and pine leaving a slight backend of powdery doughnuts. The quarter received had a mix of mostly medium-sized nugs that showcased their aesthetics even when looking through the bag with no flashlight. Once I proceeded to take a couple out, I held onto the soft, kiefy, semi-bristly texture this cultivar consisted of. The dark purple hues combined with a heavy dusting of trichromes made this cultivar beauty from afar. Patches of darker green could be found once breaking into the nugs while the pale Orange pistils spread out across the surface. When breaking into the buds they provided powdery kief droppings as the bubblegum nose became sweet and more delectable. At this point I also noticed a fuel backend when holding the nugs close to my nostrils. Due to the balanced texture this cultivar contained I found it best to break it down by hand for a maximum yield. Keep the wet wipes handy as it will leave a thick residue coating on your fingers. After breaking down the buds, I didn’t notice a change in aroma as those notes of bubblegum and pine electrified in the air. The dry pull on the joint was sweet, fruity and soapy leaving a heavy resonance of pine and z terps.

When I sparked the Bubblegum Gelato in an Element paper, the initial inhales stared with a rancid combination of sour and floral terps. The back end early on was spicy and soapy giving off a borderline chem, candy taste. On the way out, the exhales resembled more of a straightforward taste, overloading my palette with gassy pine notes.

While I could detect small traces of sweet, creamy bubblegum early on the pulls were pressuring to say the least. I felt as if I was pulling in a ton of pine and floral while letting out a good amount of Z. Moving into about a fourth to half way into the sesh is when those z terps became exceptionally soapy as they started to resemble a chemical Permanent Marker taste. While still holding a faint creaminess within each pull, the exhales became increasingly tart. Despite a series of changes around this time I could still make out a considerable amount of bubblegum, pine and candy resonating from the joint. The burn this cultivar put out was damn near flawless and ensued in a darker grey ash with patches of white. Despite this, I still received a huge terp ring that grazed the perimeter of the joint. I also noticed, about halfway in, that this gave off a rather unique smell of bubblegum and fuel that filled the room. Moving into the second half of the sesh, the gassiness on each pull started to become more moderate. I felt the hits carrying sweeter, doughier terps feeding off smooth-taste notes of candy. There was more of a true gelato taste as the taste kept getting sweeter with a concocting taste of creamy fruit and candy. The soapy and fuel notes still remained, however, adding a decent amount of pressure to each hit even on some of the final pulls. When it was said and done this batch of Bubblegum Gelato was impressive in both taste and potency which left me hankering for more after extinguishing.

The medicinal effects that ensued from this offering of Bubblegum Gelato were quick and hard-hitting. Not even halfway into the sesh is when I started to feel a bit weary as this cultivar hit with overpowering cerebral effects. Within about 10 minutes from the initial onset of effects I began to experience a good deal of mind wandering as well as a full-body sedation taking over. This hit particular well in my shoulders and back area.

After concluding the sesh, I felt a bit sweaty from the pressure fed off by some pulls to go along with a complete lack of perception. Within the next 30 minutes I lost total confidence in my social surroundings and tended to enjoy by being confined to the couch. In addition to the mental fatigue this one caused I also felt physically tired. The effects spawned from this cultivar made it more than ideal for nighttime use, especially after a grueling day. I also must note that I preferred enjoying this one alone as the constant heart racing and slight paranoia did not make it ideal for conversations. The high last, on average, about an hour and half but every minute of the experience was crippling. I thought the overall medicinal effects this cultivar presented were ideal when I was in the mood to be slumped out. The potency all around on this cultivar was significant and have the ability to appeal to seasoned smokers.

After having a chance to try the Bubblegum Gelato I received from Bad Larry Buds I must say I thought my experience went exceptionally well. Starting with the presentation of this cultivar down to the aroma when taking it out of the bag, I found it hard to spot something that I disliked about the aesthetics of the Bubblegum Gelato. In addition to this, the terp profile was true to form. Any smoker who has a knack for z terps or a taste of bubblegum will simply fall in love with this cultivar’s flavor. In addition to that, the potency that this cultivar provided will fit the criteria of the most experienced smokers. To supplement this, the medicinal effects were also potent. Personally, I believe this worked best for nighttime use and will appeal to those looking for a knockout. For medicinal purposes I think this will work particularly well for those suffering for joint and muscle pain as well as depressive symptoms. I want to say job well done on this cultivar and appreciate Bad Larry Buds for going out of his way to put this one in my hands. 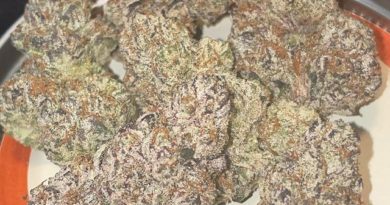 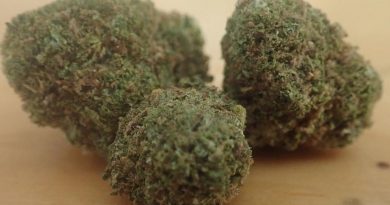 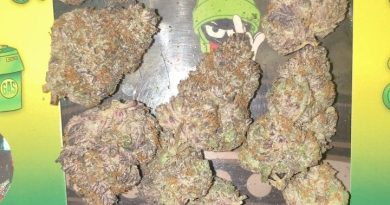