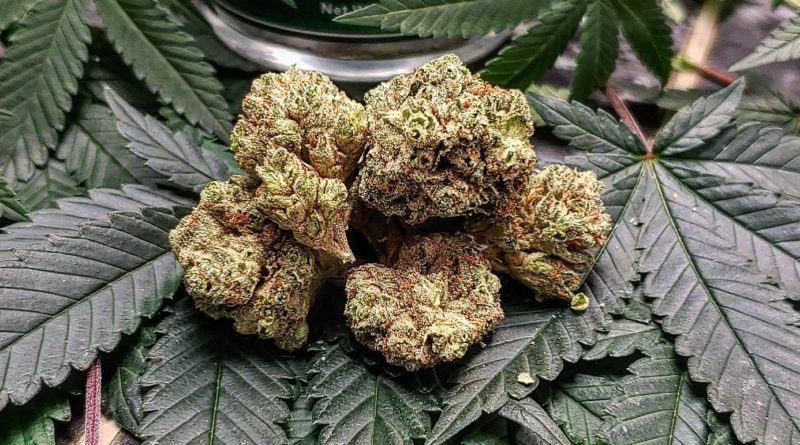 Fresh drop of @bedford_grow_il hit the shelves at @enltnddispensary and I couldn’t pass up the chance of picking up their Chem de la Chem. Chem de Menthe was a favorite of mine from Bedford and this is one of the parent lineages. Chem de la Chem aka CDLC is a 60/40 Sativa dominant hybrid of Chemdawg(Thai/Nepalese landrace)* and @top_dawg_genetics_ I95(Stardawg*Triangle Kush*Legend OG). Originally bred by @deepspacecreations_llc, it has been one of their top selling genetics and they have even released it as a F3.

Six bud eighth of grape shaped machine trimmed crispy nugs the colors of sage and sea foam green. Medium amount of tiny golden trichomes and rusty copper pistils weaved thru the buds. Pretty badly beat up from the machines these buds are like Swiss Cheese. 17/25

Musty notes of Chem and petrol out the jar but lacking much of a smell which for any Chemdawg strain is not a good sign since the nose is usually very loud. Once broken down a burnt rubber funk with some GMO notes are more dominant along with the signature chemmy floor cleaner stank. Lingering sour OG Kush takes a back role but is still apparent. 18/25

On the bong you get acrid sour Chem its almost acidic like a zippy Sauvignon Blanc or Semillon. An earthy kush mix of pine, oak, and fuel are more subtle notes around the rich Chem dominant flavors. Sour Chem on the dry pull that burns down with dark grey salt and pepper ash and no resin ring. 20/25

I’m a big fan of the impact that Chemdawg strains have on the mind. It’s a strong quick acting long lasting buzz that may be heavy around the head but has plenty of body buzz to boast. If your a new smoker then this high can be overwhelming with the buzz hitting heights so quickly it could easily make an anxious user turn away from Cannabis from a just a few puffs. For the experienced smoker it gives you all great feelings to move thru the day in an unbreakable mood. I was underwhelmed with this offering not on buzz but the overall looks and quality was lacking so I’d pass on this one next time out. 22/25 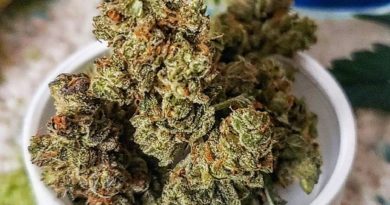 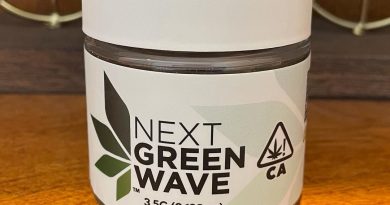 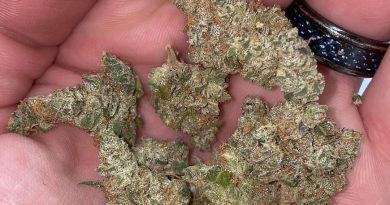