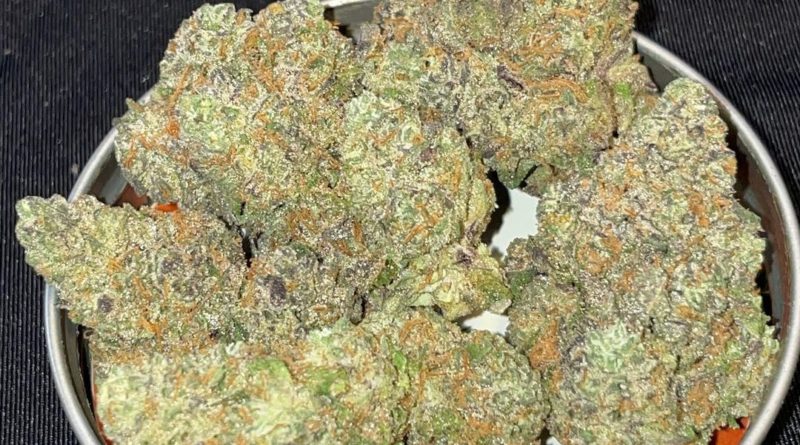 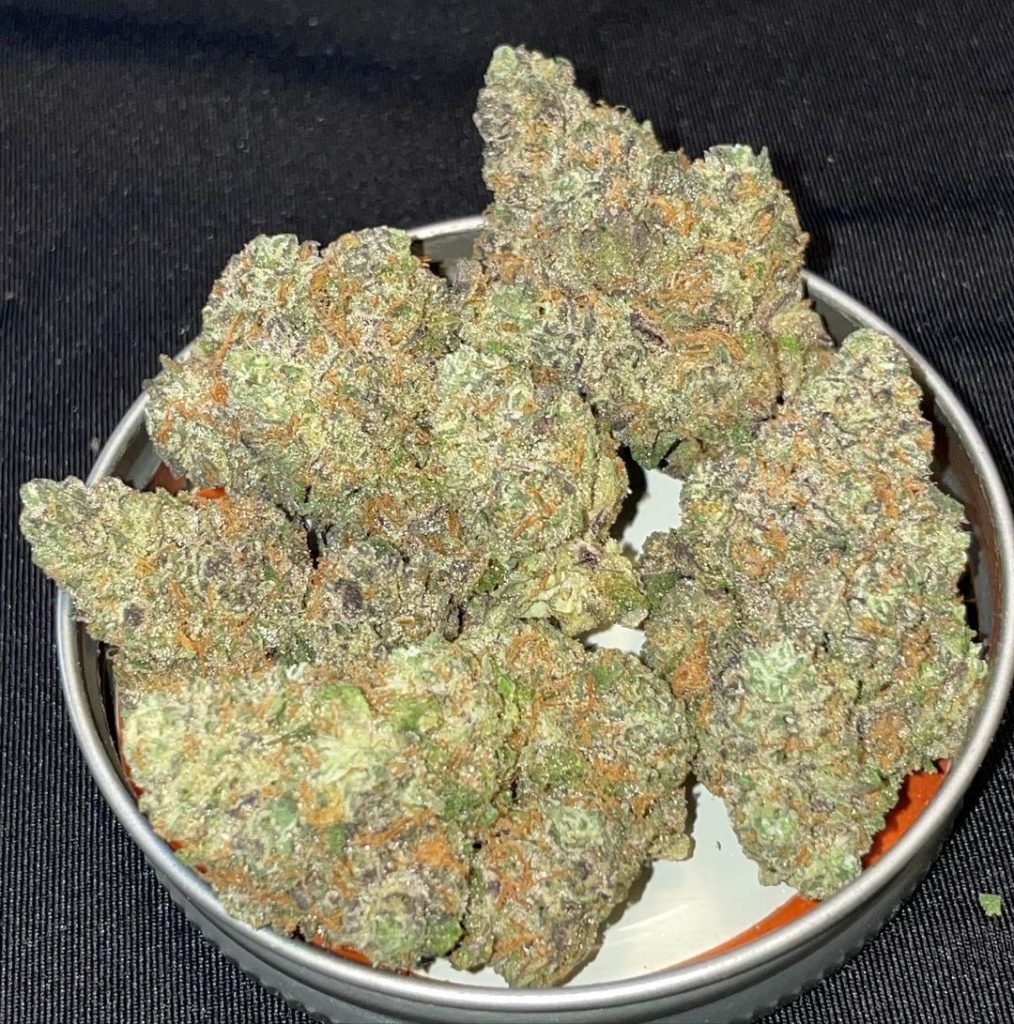 Hey what’s up everyone? We are only a week out from Christmas but I figured I’d spread some more holiday spirit with another review I have. This one will feature the last of the content I have at the moment for the North Shore Boys, more specifically their coveted Compound Z. Originally bred by none other than Compound Genetics, I’ve heard of this cultivar recently making some waves out West. This was the first cultivar that had caught my attention and spawned the interest to check out the North Shore Boys. Although I have personally never tried this cultivar in advance of receiving this I figured it would be along the lines of a fruity or candy prototype that holds a rich terp profile. The fact that this presents a cross between White Runtz and Apples n’ Bananas gave me implications that this could provide a cutting-edge experience. Between what I saw with the WC x Oreoz as well as the Bacio 41, I anticipated that this too would be another valid offering. If you are looking for background information on the North Shore Boys I would encourage you to visit the first review I did on them just a few posts back. Let’s waste no more time and get into the facts!

The Compound Z was packaged in a sandwich bag similar to how the other two cultivar were so there is not much to detail on the marketing. However, upon opening up the bag I got a fresh whiff of plantain chips, bananas and cantaloupe. Sweet and savory with a musty backend, this aroma went from mild to vibrant within a matter of seconds. The nugs that made up this half were awkward shaped, with a mix of larger ones as well as longer, lanky ones.

When placing a couple in hand, I felt the prickly texture brush up against my skin leaving tiny, oily kief bites behind. Each one consisted primarily of lighter, lime green colors intertwined with patches of lighter purple that could be identified more once breaking into the interior. This also included bright orange pistils that were plentiful as well as a covering of whiteish amber trichomes. The outer surface of the nugs were that difficult breaking into, however; once getting to the interior, a sticky, sappy substance was prevalent. Upon doing so, I obtained a heavy odor of bubblegum reminiscent of the White Runtz within the lineage. There was also a looming overtone of floral fuel and tropical z notes that gave this cultivar a sweet, fruity aroma. While they were feasible being broken down by hand I did prefer using a grinder to obtain the maximum yield. This helped redevelop mustier notes of plantains with a carbonated z back end. It almost felt as if I honed in on some type of apple sauce scent deep in the airwaves. The dry pull was on the fruitier side too, giving me a sweet and nutty taste that brought on a full on banana Runtz taste.

When I sparked the Compound Z in an Element paper, the first handful of pulls gave me sweet, tropical fruit terps. This included cherries, oranges and pineapples specifically while a heavy overtone of floral was present. Additionally, there was an underlying tanginess about the first quarter of the way through but, for the most part, this cultivar packed a fruity taste.

On the way out, pale banana peels and stale apricots exited my lungs. This displayed a cheesy backend that left my taste buds dry but gassed up. The pulls started off mildly but over the course of time became quite powerful. Especially nearing towards the halfway point in the sesh I noticed some pulls really going to my head. At this point, I began to pull in mild notes of chem/diesel that lingered behind those bitter notes of citrus that became increasingly tart. This included a mustier taste both within the inhale and exhale. The burn on the Compound Z was solid, going at slow, but steady, rate. This ensued in a lighter grey ash that showcased a mentionably sweaty terp ring to compliment. Moving into the second half of the sesh I started to let in a sweet taste of pine that meshed decently with those heavy-hitting chem and fruit terps. While I still noticed there was a banana taste this cultivar put out, the mustiness and burnt rubber put on a full court press at this stage during the exhale. It seemed like every other pull I received a fair amount of z terps coming of the back end of both the inhale and exhale. Each pull continued to punch my lungs as the gassiness reached its peak. Although the fruitiness of cherries and bananas could be tasted late into the sesh the joint did lose a bit of flavor down to the wire. This was due to the joint becoming too oily around the final pulls. Nonetheless, the Compound Z amassed a lovely terp profile during the sesh. With moderate potency to accompany the taste, I felt my overall experience with this cultivar was above average.

The medicinal effects that stemmed from smoking the Compound Z were sneaky at first. The initial onset hit towards the end of the sesh with a tingly feeling that went up from my toes and, eventually, throughout my entire body. Even within the first half an hour this cultivar provided incredible relief within my muscles and joints. During these red-eye stages, I noticed I was relatively happier and more in touch with my spiritual side. The Compound Z did a great job putting me in a creative mindset as well as enhancing my problem solving skills.

Even deeper after the initial onset of effects this helped increase my self-confidence and allow me to make quick, effective decision making. At the same time, I still managed to feel completely relaxed as the sedation I experienced early on kept intensifying. This cultivar paired well with working out (as well as post-workout relief), enjoying a night out with friends or any task that involved analytical thinking. All in all, the effects lasted a good hour an half to two hours. Personally, I thought this was a thoroughly enjoyable day smoke that provided a balanced array of effects.

After having a chance to try the Compound Z that the North Shore Boys cultivated I thought this was definitely the most unique offering of the bunch. Personally, I thought all three offerings possessed its own style but this one might have been the most rounded. While I wasn’t overly impressed with the appearance at first site this cultivar did grow on me over time as I looked at it more carefully. The aroma it brought about was funky and delicious. If you are fan of musty fuel and tropical fruitiness this will hit a sweet spot. Those same terps went on display during the smoke making it a must try for any smoker looking for a powerful fruity cultivar. This was all topped off by potent medicinal effects that led to an awfully favorable high. Especially if you like to dabble with something that keeps you going in the daytime while providing a blissful, energetic feel than you may want to consider trying this cut of Compound Z. Overall, this one was another one of those all-around hits. I want to take the time to thank the North Shore Boys for reaching out, showing interest, and providing me with some material for review. I think it’s safe to say we’ll see more from them down the line. 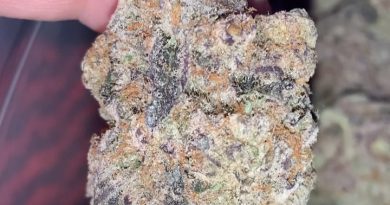 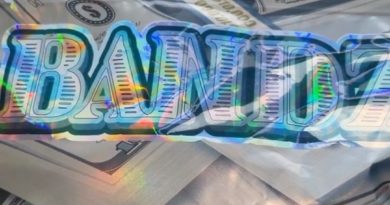 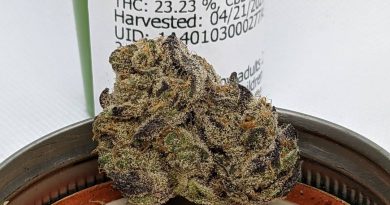