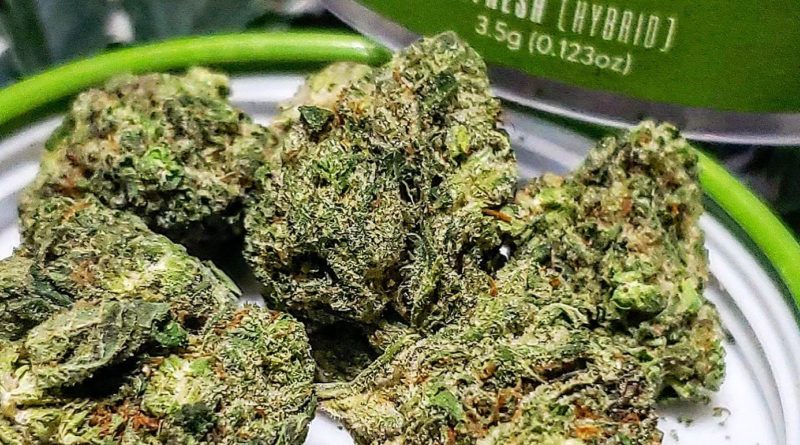 So I decided to do a @crescocannabis review after hearing the news that they bought out @columbiacare in a multi billion dollar deal making them the self proclaimed leader in Cannabis here in the states. While being one of the largest operators in the country they have been producing some better quality herb of late despite producing its fair share of boof over the years. With a slew of new cultivars hitting the shelves so far this season I picked up Fancy Funk this time around with pretty much no lineage info except that is was a Gelato #33(Sunset Sherb*Thin Mint GSC)phenotype. One mention on Reddit came up with it being Gelato crossed with their Mac #7(Alien Cookies*Columbian)and another redditor claimed they talked to Cresco and they provided the lineage as 3 Kings(Headband*Sour Diesel*OG Kush)and Royal Kush(Afgani*Skunk #1).

Machine trimmed six nug eighth of forest green with tiny little bronze stigmas that are barely visible. Lackluster run of the mill green bud, its not til after ripping a piece apart that the diamond sparkle to the trichomes thruout the middle appears. Cure is very nice with a lot of sticky fingers left afterwards. 19/25

This one is some loud right out the jar. No need to break it up to get the pure gassy skunk coming out the jar. After the breakdown and its like the rubber patch left from a burnout with musty woodsy background notes. 23/25

Definitely a burnt rubber leaning Gelato pheno with the slightest undertones of the Sherb coming out towards the end. Definitely no MAC with slight OG Kush so a Gelato #33 pheno is the most likely candidate for this cultivar. Dry pull has that musky gas with the gas terps taking a more funky twist hence the name. Burns down with mostly white ash and mild resin drip. 23/25

Expect a more Sativa leaning buzz that even comes with a bit of raciness that I’m not used to in Gelato. It does eventually take you to a more relaxed state with some late coming body buzz. After smoking the 3 Kings*Royal Kush high comes thru more so maybe that cross could be the one but nonetheless a good effort from Cresco. 22/25 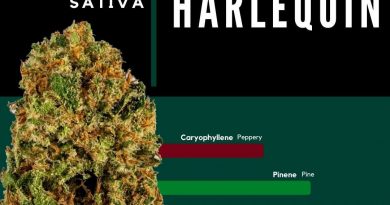 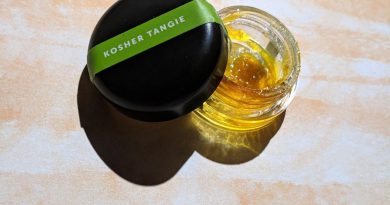 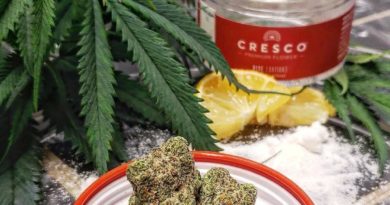