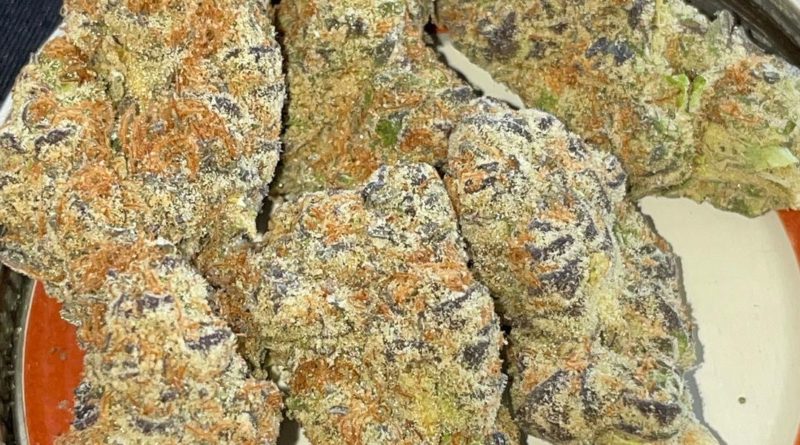 Hey what’s up everyone? After a long week I am back to share another review with you all. This is the second of two reviews assisted from Bad Larry Buds which, ultimately, welcomes another newcomer to the page. Originally hailing from Charleston, South Carolina, Halcyon Farms has been on the local grower scene in Maine since 2016. Currently residing in Hampden, Maine, they are a rising brand who caught my attention with their Peanut Butter Breath I recently had the chance to try. After doing some research on them as well a brief chat in the DMs, I learned the above and also that they do much more than just cannabis farming. This includes pigs, vegetables, and bees with the plan to expand into more things. When I read “our cannabis burns as clean as air, with flavor that stains your pallet” I was as intrigued as I was impressed by this bold statement. After having the chance to sample PBB on multiple occasion there was some curiosity to see where this one would line up with the others, most notably Lodestar and Rugged Roots in the competing Maine market. I can almost guarantee gassiness upon each and every time I get my hands on this particular cultivar. Let’s waste no more time and get into the facts!

I was given the Peanut Butter Breath by Halcyon Farms in a plastic ziplock bag, reminiscent of the good old days. When I proceeded to open it up, I received an immediately offensive odor of pine, gasoline, and hazelnut. As I drew the buds closer to my nose I gained sense for a strange menthol scent in which I’ve never experienced within this cultivar before. The nugs consisted of long and lanky colas, some with fat steams that pierced the inner structure. The aesthetics were fair but not anything overwhelming comprised of an overall fuzzy surface with light green hues and spotted areas of dark purple.

Additionally, I reflected on an amber-colored trichrome coverage along with numerous of darker orange, hairy pistils that engulfed the surface of each nug. The buds were lankier than they were big, in this case, but the weight on each one impressed me as they felt strong. Not to mention there were tiny little air holes on the surface of each one as a result of this. A grinder was required for me to break down the buds due to the rugged structure and, to be blatantly honest, I was not a fan of the yield. The buds pretty much grounded up to smithereens after doing so. Nonetheless, I did get a pretty raunchy odor of both skunk and pine that ensued. I didn’t get anything out of the ordinary compared to past experiences except from that menthol smell earlier. Upon taking a dry pull of the joint I let in soily, piney terps that graced the tip of my tongue followed by undertones of floral and diesel.

When I sparked the Peanut Butter Breath in an Organic RAW, the initial inhales sparked an extremely gassy experience from the get go. The initial inhales brought about a decent amount of buttery floral notes. There is no exaggeration needed when I say this punched the throat early but still contained a smoothness where it wasn’t overly harsh. On the way out, I noticed those floral terps carry over to intertwine with a bitter aftertaste of pine. An ungodly mix of burnt grass and pine flavors that danced on my taste buds after getting about a fourth of the way into the sesh. This was similar to smell I found within the nose on this cultivar. Not to ignore the fact that the living room absolutely stunk while firing this one up along with leaving behind a foul halitosis odor on my breath. Inching towards the halfway mark in the sesh is when I grew fond of lighter citrus notes resonating throughout each exhale. At this point, this cultivar had a generic lemon/pine sol taste (somewhat similar to one you’d find in an OG). Despite the texture of the bud upon breaking it up, this one did burn righteously. It culminated in a lighter grey to white ash with a moderately thick terp ring that spotted the side of joint. As I moved toward the conclusion of the sesh, the PBB remained a heavy-hitter with those distinct pine notes still knocking on my lungs. The flavor remainder strong on to the very finish provoking a good amount of coughing in the second half. All in all, I really enjoyed the way this smoked as well as some of the simple, yet aggressive, flavors that the PBB put out.

The onset of medicinal effects were originally noted when I let in some of those more excruciating inhales. The pressure from those pulls as well as the coughing that ensued instantly gave me a dizzying sensation within my head. My eyes were absolutely bloodshot as the effects made it seem like my eyelids had 10lbs. weights on them.

About 20 minutes in or so a balanced head and body high settled in. This was inevitably tiring, however, my perception remained in tact while I experienced an enhanced thought process. Nevertheless, I didn’t feel overly ambitious while under the influence of this cultivar which, ultimately, made it ideal for later in the day use. Give or take, 45 minutes to an hour in my upper body, back and shoulders started to melt. Naturally, it provoked a strong dosage of relaxation as I remained rather carefree in thought and emotion. In addition, I had a spike in appetite especially junk food. While the high was durable I didn’t believe this last at all over an hour and half. However, the overall propensity of effects were stellar and I was definitely left with a solid buzz throughout the course I was high.

After having a chance to try the Peanut Butter Breath cultivated by Halcyon Farms as well as my first offering from them, courtesy of Bad Larry Buds, I definitely liked what I saw. This is what you would call a reliable smoke as I didn’t experience anything I hadn’t before although this provided enjoyment from its smoke, taste, and even effects. While I didn’t find anything cutting-edge within the terp profile, as you would expect, this was super gassy and potent. Gas smokers will inevitably want to pick up this. Not to ignore the fact that this burned cleaned, as promised which was a huge plus. The effects this cultivar offered will attract those who favor a more couch-lock leaning high while, at the same time, keeping a clear thought process. This batch of PBB helped me a lot on some of those more anxiety-provoking days which leads me to believe this will work particularly well for those seeking treatment for various mood-related illness. Once again, I want to thank Bad Larry Buds for getting this one in my hands and for Halcyon Farms for bringing the heat on this one. I will be on the lookout for more from them in the future! 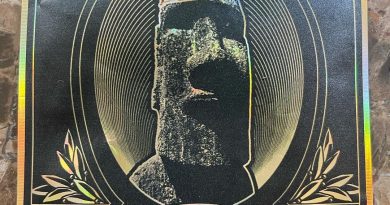 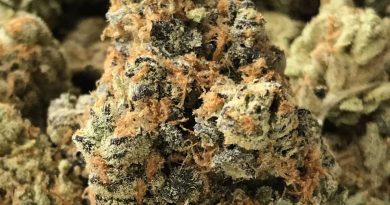 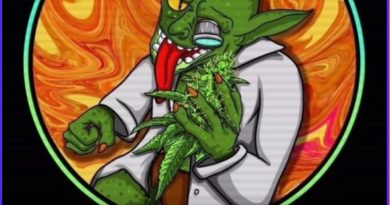