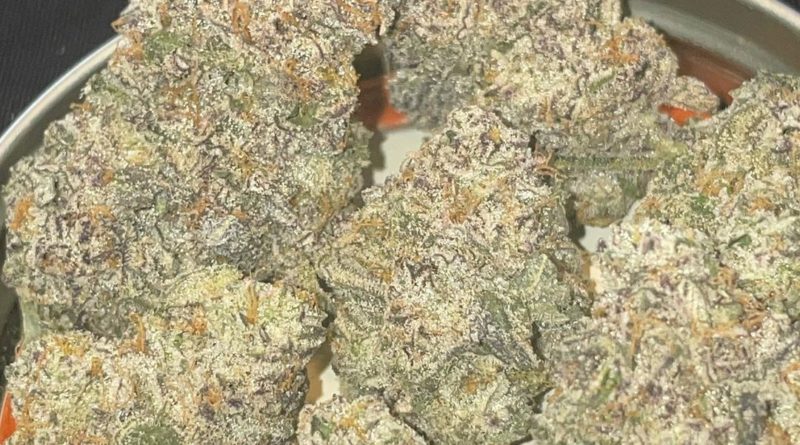 Hey what’s up everyone? I hope everyone is catching up on rest from the 4th of July festivities this past weekend. I have another follow-up review for you all today that, this time around, includes Thatkidfromchelsea. If you are looking for a little background information on him I would highly encourage you to check out the first review I did of his Blueberry Waffles a month back. Spawning from a Biscotti bag seed, the T-Scottie beholds a uniquely gassy appeal giving it potential to win over any smoker desiring a good punch. After I saw a fellow friend and reviewer, @digital.smoke , tote this one a month back or so it had compelled me to reach out and try. This one was intended to be entered this year at the Terptown Throwdown contest in mid August. However, he was told that it was a little too late for entry so, unfortunately, we won’t know this year how the T-Scottie stacks up against the competition. Good thing for you all I will still give you some insight on what this cultivar has to offer. Let’s waste no more time and get into the facts!

Similar to how I received the Blueberry Waffles, the T-Scottie came in a clear zip lock bag. No fancy tricks here. When I busted it open, I instantly smelled a high volume of gas enter the air. Mainly consisting of a gassy, but sour citrus smell out of the bag, I picked up on sour pine aromas the closer I held it to my nose. Not to mention, those buttery notes of gas and citrus intensified to give it an all-around pungent concoction. Upon taking the nugs out of the jar, a range of small-to-medium size nug made up the quarter received. The appearance didn’t wow me but this cultivar flexed balanced light green and violet hues.

Although I didn’t feel too sleepy I will fully attest that the T-Scottie will leave you with a total body melt from head to toe. In addition, this hit exceptionally well in my stomach and hamstrings even though I did get somewhat of the bubble guts from this feeling. Nearing the hour to an hour half mark I still felt very calm and relaxed as my perceptiveness started to pick back up. I remained high for at least another half-hour or so giving me a lot of bang for my buck with this one. When it was said an done, I think the medicinal effects provided relief for well over 2 hours adding to the all-around charm this cultivar had to offer.

After having a chance to try the T-Scottie given to me by Thatkidfromchelsea I think this is safe to say it lived up to the hype. We may never know where this one would’ve place at Terptown but I think, after having a chance to consume, it definitely has some potential to hold its own. Especially after the texture becomes more dialed in this one will, in time, could be considered an area favorite. Boasting a mix of classic and more modern terps the total profile on the T-Scottie I believe will appeal to a wide array of smokers. An extra plus would be the fact that this packs a mean punch when it comes to the pressure it provides during the sesh; making it a treat for smokers looking for that gassy edge to accompany the flavor. When it comes to the medicinal effects, I definitely feel as if this is one consumers should enjoy during the evening. The fairly crippling effects this cultivar provided served as a compliment to the power experienced during the sesh. If you are someone who experienced muscle or joint pain this will work wonders. Even if you’re just having a bad day, the mood-lifting effects the T-Scottie gives the consumer is truly a highlighted contribution. I feel my overall experience with this cultivar exceed the one felt with the Blueberry Waffles. I should have another review to follow from Thatkidfromchelsea on another pheno he worked on within a couple of weeks.

Additionally, this had a mildly blistering trichrome coverage over the surface of each nug with a spotty dose of pale colored pistils poking out in certain areas. Once I cracked one open the gassy aromas became a lot more offensive, however, both terps of citrus and pine were heavily noticable. Due to somewhat of a brittle texture (tougher than the Blueberry Waffles however) it was a cinch breaking the T-Scottie down which I preferred doing so by hand. When doing so, I also gained a good amount of sticky kief particles left smeared on my fingertips as it yielded an incredible amount. This also applied that odor of fresh pine and buttery notes of gasoline. If you want to talk about “loud” than this certainly broke the notch off. As I went to take a dry pull of the joint I received a highly gassy flavor of pine and butter cream which was coated with lemon floral hops.

When I sparked the T Scottie in an Organic RAW, the initial inhales drove a steady force of sour and floral terps paralleling with an highly pungent taste. This immediately left a savory flavor behind on the tongue as the follow through was bitter holding those same hard-hitting floral notes. . Right off bat I started to sweat due to the pressure each pull gave off. About a 1/4 of the way into the sesh, I noticed sour notes of citrus, tangie and grapefruit beginning to form. At this point, each exhale left me with an offensive halitosis of gas and pine.

Personally, this smoked very similar to a well-done White Truffle the way the gas and citrus met, at the same time, with the power from the Biscotti. Inching towards the midway point in the sesh the pressure from pulls started to mash up my brain a little bit. Those bitter citrus remained strong as the taste oddly became a bit creamy with zesty undertones at this point. One of the great features I may add about the T-Scottie is that the flavor change became very shifty later on into the sesh. Due to the somewhat balanced texture I talked about above, the burn ensuing off this one was highly favorable. This ended up putting out a clear white ash which joined together with a pretty decent sized res ring that formed. Towards the conclusion of the sesh, those pine notes on the exhale hit hard while giving off a harsh peppery taste. I did feel the flavor die out just a little bit near the tail end of the joint. Nevertheless, I will say this was easily one of the more gassier offerings I’ve had in the past 2-3 months which had the terp profile to match.

The onset of medicinal effects provided from the T-Scottie did not experience any delays. As my mind became foggy due the excess pressure against my head from each pull, I felt my heartbeat start to slow concurrently. Consequently, within the first 30 minutes of the high, I didn’t feel bogged down although I really felt slow, simple, and unbothered. This cultivar worked wondered on those days I was more irritable as it’s effects provided a positive outlook on whatever my current situation was at the time. 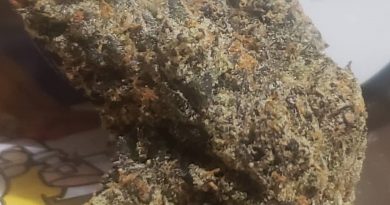 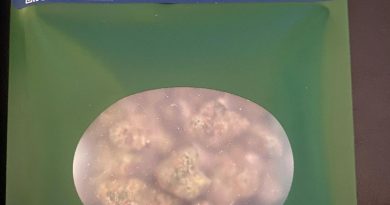 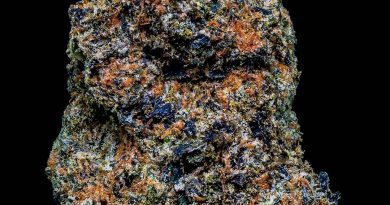