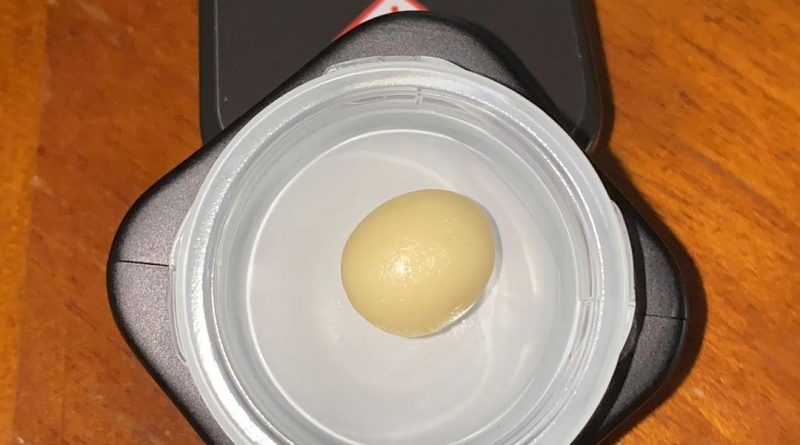 Good ass hash rosin. That’s the first thing that comes to mind haha. When it comes to the legal market here there’s a ton of competition, especially with the newer ones starting to bloom like Soiku and Mountain Select (if anyone has tried it don’t be shy). I’ve been seeing so much of these guys on my page for weeks and it’s only gotten more and more positive in the feedback I’ve seen from people. I can really confirm it.

Larry OG is already known to be a pretty classic strain and staple OG cut, some can be really gassy but this one has a salty lime sting to it. This little ball of fire was pretty to look at when first opening, almost looks like a short g until you start digging into it’s cheesecake texture. It’s got body to it, and doesn’t crumble which is what I was expecting after taking the first scrape off of it. It’s perfectly cold cured, it hasn’t lost any potency or terpenes after being in and out of my fridge several times (got it 3 days ago) and left out at room temperature for the last few hours. No harshness at all, in fact felt like it was a bit of a bronchodilator 😂.

Dominant terps I could find are Myrcene, limonene and caryophyllene. Myrcene and limonene being the heaviest, that’s what gives it the lime zest but caryophyllene makes that lime a bit harsh to the nose in the best way I can make it sound. Very similar profile to GMO if GMO was fruity instead of garlicky. It’s taste was nearly exactly the same as the smell, impressively fresh and springy.

I’d say Larry OG has an overall pretty prospective and variable high, it can be perfect for feeling really euphoric and stoned during the day and kinda puts you in your own world. Also works really well for sleep and keeps you asleep if you are relaxed. 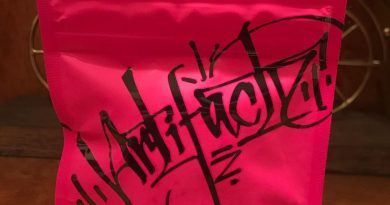 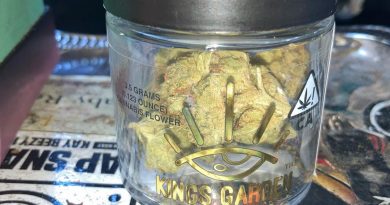 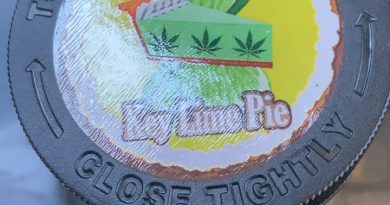