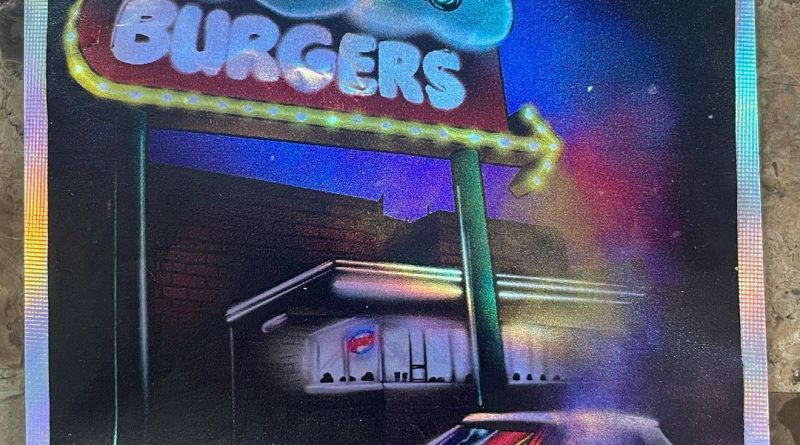 Distributor: Deep in the Bag 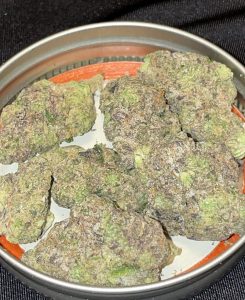 Hey what’s up everyone? We’ve made it to Friday Jr., the weather is warming up, and it couldn’t get much better than that, right? It can, with another review which is just what I have in store tonight. I’ve already brought you the collaborations between Deep in the Bag and Bays Finest last week; However, today I will only be covering just one of those two brands that will include the first solo project I’ve had a chance to go over with these guys. This review I will take a bite out Deep’s Burgers by Deepinthebag415 which features a unique lineage, crossing GMO with Sunset Sherbet. As someone who really loves to learn about the genetics behind any given cultivar, I was little extra stoked than normal given that this isn’t a cross you tend to see everyday. I’ve also been very pleased by the past couple offerings that Deep in the Bag had their name on so my hopes were high that this trend would continue. Let’s waste no more time and get into the facts.

I received the Deep’s Burgers in a standard, square Mylar bag. At first glance, my thoughts were that the bag art was a play on In-and-Out Burger. However, when I learned that the burger joint depicted on front was actually San Francisco’s own “Beep’s Burgers” on Ocean Drive, the bag appeal boosted up a few notches in my book. Of course, being a foodie (apart from cannabis connoisseur) I was impressed to see that this place has been around since 1962 and is considered a cultural landmark for the Bay Area. Not too sure about about the 80-90s-style luxury car getting smoked out but it was an added touch.

When I opened up the bag, a rare but pungent funk that, to me, seemed to be more on the GMO side than Sunset Sherb poured out of the bag. The first scents I picked up on were a mix of diesel and fruity aromas which was followed by a heavy dose of garlic and pine. Personally, I have never picked up on a scent like this within a cultivar but was closely aligned with what I would have envisioned this cross to smell like. When I pulled out the buds out of the bag I was very underwhelmed by the appeal on them. Although the buds consisted of a bright green color with lighter-to-darker hues of purple poking out in certain areas, the colorway on this one seemed a bit mangled. Additionally, these buds seemed shriveled up and had the density of cinder block. Once again, you could notice the GMO/Sunset Sherb. Cross within the body structure that made up the bud. Each nug had the density of it’s Sunset Sherb. parent which included a long, lanky build similar to what you’d find in a GMO cultivar. They were so dense that tiny air holes could be found across the structure of each one. The triche coverage on the Deep’s Burgers was extremely spotty as well as the pistil count. Given the texture of the bud, I had trouble producing a decent yield when breaking up the buds. Even when using the two-turn method in the grinder, I didn’t get good bang for my buck at all and was forced to use more bud than normal to fill out the joint. However, once broken down the buds had a stickier texture inside when imagine which made up for the yield a little. The dry pull I received on the joint consisted of a mixed taste of garlic sauce and tart berries.

When I sparked the Deep’s Burgers in an Organic RAW, the initial inhales drew in a concoction of candy and berries. There was a touch of diesel terps that could be found within the fruity mix which gave me implications of the Sun Sherb parent. About a fourth of the way into the sesh, I started to experience a zesty twist to go along with the flavors I previously mentioned which, in a way, reminisced the GMO parent in the lineage. The exhales exhibited the same fruitiness the inhales did but with more of an earthy, musty layer. As time went on, the follow through became a bit doughy; leaving an unprecedented mossy taste on the tip of my tongue. The pulls I dragged in on this cultivar were moderately gassy yet smooth to the point where the urge to cough went away after a little. Additionally, the complex flavor profile on the Deep’s Burger was on that grew more with time. The deeper into sesh I got, the joint produced a taste almost similar to Papa’s John’s garlic sauce. I also noticed that the doughy flavor on the exhale kept intensifying as the berry taste continued to dissipate. The burn was a little uneven but slow due to the stickiness in texture. This cultivar produced a mostly white ash that periodically displayed some gray spots. Overall, I was really satisfied with the flavor as well as potency of the smoke on the Deep’s Burgers which led to some decent medicinal effects.

I could start to feel the effects of this cultivar start to sit in towards the tail end of the sesh. The initial 10-15 minutes in, I felt a balanced calm develop between my head and body leaving me loosey goosey. A little bit after that I started to feel a deep state of relaxation set in both my shoulders and spinal cord. This was nothing overpowering but really helped take the edge off in the evening. I felt very perceptive as well as experiencing a deep, intricate thought process. The effects I experienced here were enough to allow me to lock in, focus-wise, and aided me during some of those longer work nights. Additionally, I also found the effects of this cultivar particularly helpful when writing reviews due to the spark of creativity it provided. Inversely, I was still able to keep that mild sedative feel throughout my body throughout the duration of the high which evened my ambition. Overall, the high on Deep’s Burgers last well over the hour and half mark, with effects that could be felt consistently over the course of that period making it all-around enjoyable.

After having a chance to try Deep’s Burgers by Deep in the Bag, I feel that this is an extremely unique offering that will hit home for those smokers who enjoy newer, more cutting-edge flavor profiles. Once I got by the underwhelming aesthetics, I was able to experience the fully beauty and potential of this cultivar. This really gave meaning to the saying “you can’t judge a book by its cover.” If you were to ask me, I think the medicinal effects were the main feature of the cultivar and would probably have the biggest appeal to the average consumer. I also feel like the effects will align perfectly for patients experiencing depression, anger, mood swings, and other related illnesses. I think this was a very impressive solo debut for Deep in the Bag; a brand that I haven’t had too much experience dabbling with their products but will certainly be on the look out now. I recently received a bag of their Slapz so this will not be the last review for them. 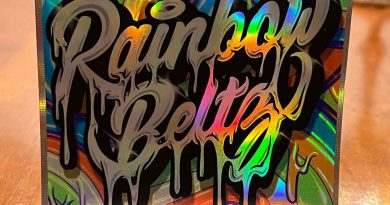 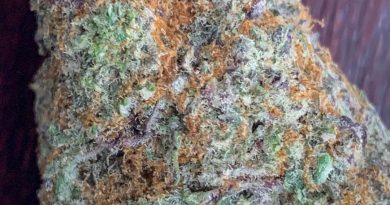 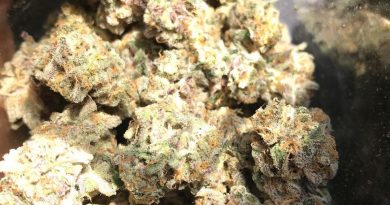