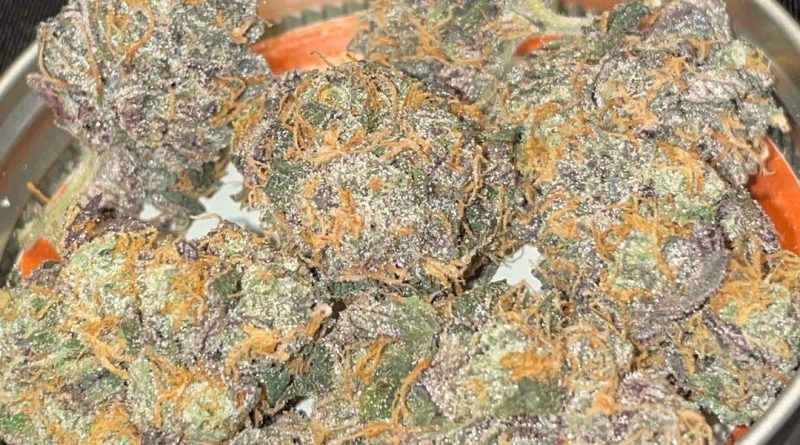 Hey what’s up everyone? Happy Monday and I hope all of you are getting back into the swing of things to start the week. Today, I will be diving into the Dirty Sprite that was given to me by Boutique and, to my knowledge, the first time I’ve seen this cultivar from him. My first speculation, which I could not gain confirmation on, was that this could be the Dirty Sprite that was bred by Blackleaf although I didn’t get my hopes too high on that. Boutique informed me that this cultivar resulted from pack of seeds he received from a friend. In addition to that, he clarified that one half of the lineage was Gelato 33 but wasn’t too sure about the other parent within the cross. Nonetheless, the unique look and nose had me very curious to find out more about it. Let’s waste no more time and get into the facts!

Similar to how I received the Banana Bread, the Dirty Sprite came in the same industrial, black glass-type jar with the branded Boutique label on the top of the childproof lid. Upon twisting off the lid, I was met with a fairly carbonated smell of citrus and candy aromas. I really caught subtle notes of the Gelato 33 in there mix with a faint smell of Sprite given the carbonated citrus scent the nose gave off. I received about a quarter of this sample and the nugs were on the larger side. The texture was on the leafy, larfier side; however, each bud had a stick to it that was above average. If you are a purple snob, this cultivar would not disappoint you in the least. The buds had a thick layer of triches and pistils that formed over a completely vibrant purple color which concocted with lighter green hues. The leafiness to the structure added a darker, forest color green to the equation making the overall aesthetic pleasing to the eye.

It was evident that the Gelato 33 parent dominated the colorway on this cultivar. When breaking the buds apart, they were a bit too sticky for my liking. This was to the point where I had to let this one dry out a couple days before cracking into it. I know when I received this, this was a very new drop for Boutique so I wouldn’t be surprised if the nugs needed to be cured just a little bit longer than they did. Nonetheless, even after the wait I still preferred this one to be broken up in the grinder with the two-turn method to get the most bang for my buck. The yield got better the drier the bud got with time over the course of each sesh, as expected. Once broken up, I caught a mildly zesty smell in the form of citrus. The dry pull on the Dirty Sprite was overloaded woith z terps and various candy-like flavors.

When I sparked the Dirty Sprite in an Organic RAW, the initial inhales were filled with the same carbonic citrus-like taste I found in the nose. Each pull drew in a fair amount of candy, zesty, and earthy terps altogether. I felt the first half-dozen pulls were a little harsher than normal then, once a little ways in, started to get smoother as time went on. On the way out, I retained the lemon-citrus candy taste felt within the inhales as well as some wood and pine terps blended in. I also noticed, during the exhales, a faint rubbery taste mixed in with the overload of candy flavor. In between the lemon-citrus, candy, carbonic taste laid a faint taste of Sprite but I certainly had to dial in on this particular taste. For the most part, this gave off a bit of Runtz/gelato like vibe as the sesh was loaded with z terps from start to finish. The first couple of times seshing with this was harsh, however, things started to get smoother the more I sat on the bud and waited for it to dry up a little. By about the third time smoking the Dirty Sprite, I could really notice all the flavor mentioned above come to fruit. In the long run, this ended up being an exceptionally tasty smoke. The burn on the Dirty Sprite was fair but a little unevenz. This resulted in a fairly darker ash with an average terp res ring surrounding the perimeter of the joint. I did notice a bit of flavor loss towards the end of the sesh as the joint became too oily, making it difficult to get a good pull. Nonetheless, this was a flavorful smoke with a complex terp profile in it . However, this didn’t have the “wow” factor regarding the smokability I have seen in some of the other cultivars I have reviewed in the past by Boutique.

It took about 10-15 minutes proceeding the sesh for the medicinal effects to get going. Once they settled in, I felt a full-body melting sensation while I laid spread across the couch. The Gelato-dominant effects on this cultivar were ideal for an end of the day smoke especially once the chores were done and responsibility was off the table.

About a half hour in on this one, I really felt heavily medicated and a slight loss within my train of thought to go along with a carefree mindset, seemingly unperturbed by my surroundings. A little bit after this point, I started to feel a little bit tired and the urge to rest my head. The duration of the high was about an hour n half, but I really felt relaxed and, honestly, dragged out the more the effects sat in on this one. In addition to the encouragement this gave me to rest up, I also felt a mild appetite on this. However, the weighted effects this cultivar released made it difficult to even bother to make something for myself. The high was certainly the pinnacle of this cultivar given that it had a slight edge on the taste. Although I am not the biggest fan being overly dragged out by an indica-dominant high, there was really no denying the potency that came with this one.

Overall, I thought this was a fairly savory offering out of the Boutique catalog that possessed a terp profile I have never really come across before. However, this did not impress me as much as some of the other ones I have had the opportunity to try. Personally, I think I was let down a bit due to the fact this needed to be cured a little bit more in advance of receiving. I will say that terp hunters and smokers who overall enjoy a unique candy and citrus profile will want to give this one a go. As long as the buds are fully dry there shouldn’t be an issue enjoy the complex profile this cultivar gives off. The carbonated citrus terps were very unique how they formed an almost replicated Sprite taste. This is definitely something that deserves a mention despite the condition initial received. In addition, smokers who enjoy potent and sedative medicinal effects will be par for the course. Although my expectations slightly took a hit on this one, it’s inevitable we’ll see another cultivar around from Boutique soon. 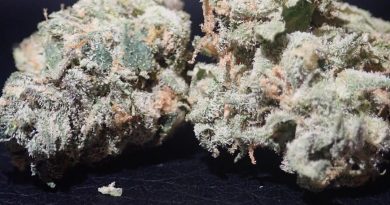 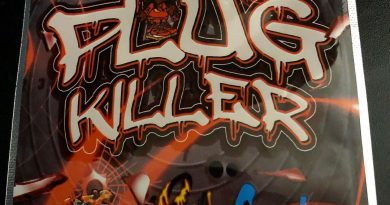 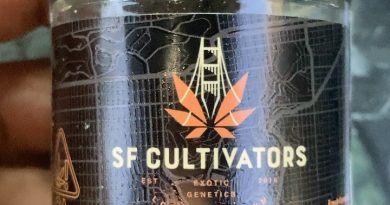