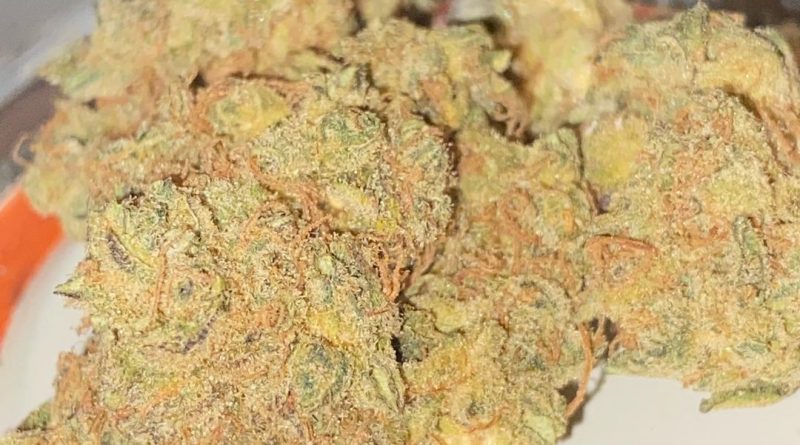 Bred by: Undisclosed (waiting on confirmation)

Grown by: Undisclosed (waiting on confirmation)

What’s up everyone? Happy Friday we made it to the end of the week and I have another review to roll us into the weekend. I have another debut today and this one is for Terps & Hunnitz out of Boston. I first heard about this brand through Tayloemadefronto as I’ve been using them recently for fronto. However, I was shocked to learn that these guys have been around a little bit and I’ve never heard of them. One that stood out to me from him is that he is using the actual strain names on all of his offerings. For this one we were blessed with the Grape Mintz and this one was a knee knocker and couch locker for sure. For all of you who want to spend a good night in and get foggy then this is perfect. Let’s waste no more time and get into the facts.

The Grape Mints came in a plastic jar as opposed to a mylar bag with a basic logo on it to depict the strain name. The cap was a big, bulky and round childproof plastic cap that was a little more durable than the jar itself. Even though the plastic was cheap I do respect the alternative and a nice way to package the bud.

When I sparked up the Grape Mints in an organic RAW I was hit with those same notes in the nose. I was overtaken by a deep floral, citrusy diesel on the inhale. On the way out I got a hit of those minty notes through the floral finish. The pulls hit hard like old school sour. The citrus and grape could be noticed about a 1/4 of the way in on the joint which added a fruity touch. This leveled out into more impactful, diesel-like hits which I explained were reminiscent of Durban. The smoke overall was pretty smooth and I the joint burned nice and evenly. This resulted in a light grey to whiteish ash. I did believe the Grape Mints lost its flavor towards the end and the joint became a bit soupy. I had to throw the joint out a little sooner than expected but, nonetheless, the was an all around enjoyable smoke.

The high was most definitely a heavy indica as noted in the Grape Mints Profile. This led to a heavy fog within the head and an inebriating body high. From what I remember on this I was a little more drowsy than usual and felt more exhausted than relaxed. It definitely was a potent high as this last well over an hour and half and I was gridlocked in my chair the whole time. I barley wanted to move but I felt pain and care free. I also noticed a looseness in my joints which was the main reason I found it so tough to move on this. All in all, I enjoy a crippling high but I was a little more boggled down than I prefer.

I feel like this would be the perfect strain for anyone with chronic illness as the pain relief i received in my muscles and joints when smoking the Grape Mints was impeccable. I would really only recommend this to those who can take a punch from an indica-dominant strain. If you are looking for more of a day smoke or something you can participate in an activity on I would steer clear from this one. This might put you over the edge just a little. We should have more up and coming content from Terps & Hunnitz. They reached out to me during the making of this review and have a couple offerings they’d like in the pipeline. Let’s make it happen guys! 💪🏻 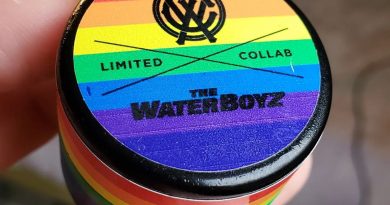 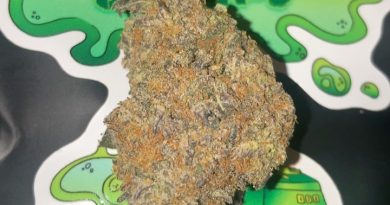 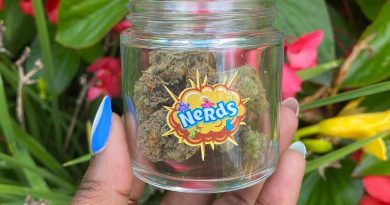