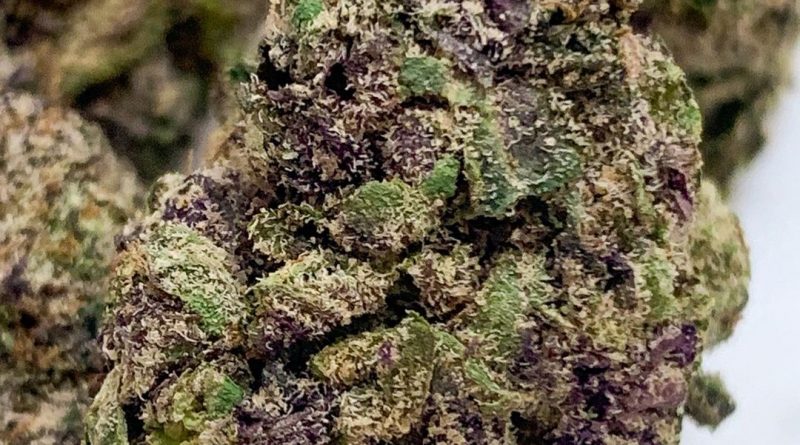 A few quick shots of ISLAND LYCHEES, a strain I held out on for way to long. Possessing an overall candy-like appearance, Lychees boasts a pale-violet bud structure with forest green checkering and a sugary trichome coating.

Flavor is out of this world— a delicious sweet blueberry taste with hints of kush, earth and pine. I found this strain to have a well balanced “Island time” high with a noticeable head change, and a rejuvenating and relieving body buzz.

After providing a quick glimpse of an earlier cut in November, I am happy to be back with a full review on Island Lychees, a new favorite from the teams at @georgetownflavors.rep and @islandboyzexotics_official1

Visually, Island Lychees is a particularly intriguing strain. Moss/Olive green buds serve as the back drop to stunning violet sugar leaves, bunches of. ‘burnt orange’ pistils, and sugary trichomes, reminiscent of a sour candy’s coating. In terms of cut and structure, Lychees seems to lean towards its Berry Bomb genetics due to its density and appearance, tighty curled leaves, and blueberry-esque appearance.

Island Lychees took me by surprise. Anticipating something fruity and sweet, I was taken aback by a strong hit of frosty pine + earthy fuel with a blueberry kush flavor on the back end. Really enjoyed the flavor of Lychees overall as it was reminiscent of some earthy classics with a nice berry twist.

Lychees has the look and feel of an Indica dominant strain. Initial effects are predominately cerebral; hazy and euphoric with a certain heaviness rather than uplifting feeling. A slow-onset, yet long lasting body buzz caps the experience, which I found to be way more functional than typical couch-lock.

Strength: 8.8/10
A relaxing Indica dominant strain with a intoxicating blend of cerebral/body effects. Lacks a top end “knock out” effect imo, but an ideal strain to drift away and melt away a long day, yet retain functionality overall.
#Budfinder 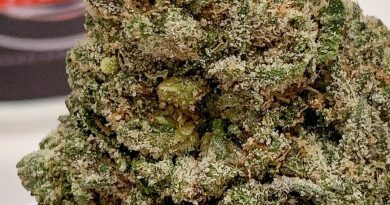 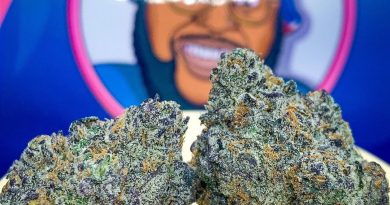 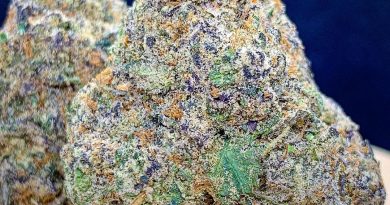