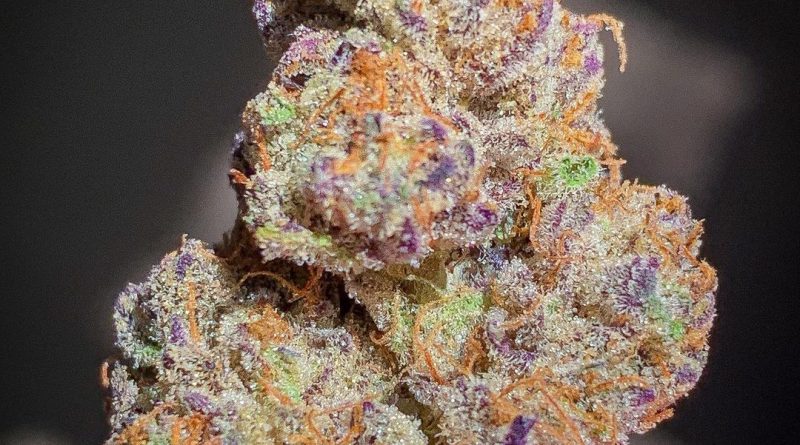 Today we have a special look at Kush Mintz, Dynasty Garden’s first seed to plant project.

𝔸𝕡𝕡𝕖𝕒𝕣𝕒𝕟𝕔𝕖: My 3.5 (measured out to a generous 3.75) largely consisted of three triched out, medium sized buds. The flower itself possesses an attractive, deep shade of amethyst with the occasional flash of magenta, parakeet to pear green sugar leaves, and off white, macaroon cream trichomes.

ℕ𝕠𝕤𝕖: Dynasty’s Kush Mintz boasts a aromatic blend of earthy spearmint and pine, mixed with that classic, yet notably sweet, hoppy and gassy kush. The loud yet smooth combo is pretty irresistible, blasting the room with a mouthwatering mint chocolate cookie aroma, enhanced by notes of chai, musky coffee bean and baking spice. On the grind, the nose turns a few notches funkier, with a ripe rubber revealing itself.

𝕊𝕞𝕠𝕜𝕖: With each inhale, I’m pulling mocha-fueled, earthy brown sugar and cinnamon flavor akin to a morning bowl of oatmeal or a bakery biscuit. Not super sweet by any means, but a malty dessert like smoke nonetheless. On the backend, the mint reappears, cooling down down and coating an otherwise woodsy, skunky and peppery espresso exhale.

𝔼𝕗𝕗𝕖𝕔𝕥: it doesn’t take very long for Kush Mintz to make its presence known. I first felt a light pulsation and heaviness behind the eyes. At its apex, Kush Mintz is quite head dominant — floaty, euphoric and introspective. Definitely a “lost in your thoughts”, happy stoney effect; the words keep flowing writing this review! On the physical side, the high is pleasantly mellow, soothing and tranquil, minus any overwhelming sedation. In moderation, Kush Mintz has “all day” potential given its functional, though heavily medicated effect. However user beware, a heavy dose could put you down early. 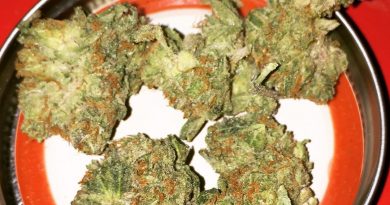 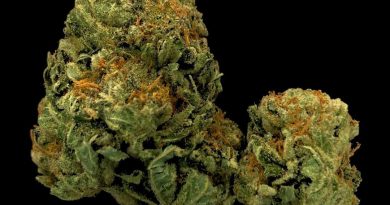 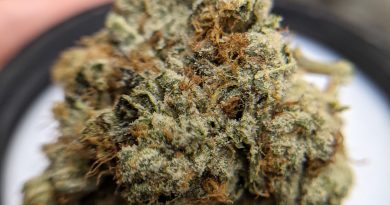