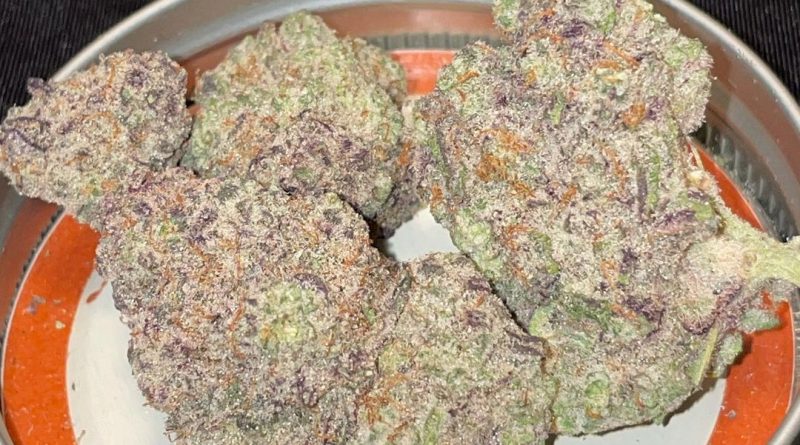 Hey what’s up everyone? It’s Saturday, it’s snowing like hell, and I feel like there’s no better way to start it off than with a review. Today I will be going into detail on some MAC1 that I was gifted by Dankdabs back in December right before Christmas. Given that I couldn’t obtain breeder/cult info on this one (similar to the Apple Fritter posted a couple weeks back) I was holding off on this one and even considering putting it up at all. However, MAC1 tends a New England favorite as well as one of my personal “go tos”. Judging by the looks of this cultivar when I received it, I had high hopes on the smoke and effects this would deliver. Let’s waste no more time and get into the facts!

Similar to the Apple Fritter, the MAC1 was gifted to me in a small but wide glass jar. When I removed the lid, a creamy, delectable smell of sweet vanilla pine quickly permeated throughout my living room. I also caught a whiff of some floral notes mixed in there as well. I have had the chance to try a variety of MAC1 cuts throughout the years and the nose on this one certainly lined up with some of the better ones. Pulling the nugs out was a bit of a hassle considering the massive portions they came in. The colas on them were prickly yet refined, resembling an even amount light green and brighter-to-darker purple hues.

It didn’t take much time for the medicinal effects from this cultivar to sit in. I started to feel butterflies in my heart and stomach right before I put out the the joint. Not too long after that I felt a head on paralysis feeling between my head and shoulders. Seemingly unbothered by my surroundings, the high was a little more crippling on this particular offering than I’ve experienced before while dabbling with MAC1. I was glued to my chair for about the first half hour on this until the fogginess wore off. From there, I felt more spiritually uplifted as well as more perceptive to my surroundings. I still remained fairly relaxed and did not find the urge to do anything productive while under the influence of this cultivar. The total duration in which the medicinal effects last was around an hour and half and I did get a little bit sleepy once they started to wear off.

Overall, I thought this wasn’t the best MAC1 I have ever had but it certainly did the trick.

Although this cultivar lacked pistil count, the trichrome coverage was something that could not be ignored. As soon as I touched the structure this left kief and other particles all over my fingertips. The nugs were dense and stemmy and tough and actually hurt the fingers breaking apart. I definitely needed a grinder to break this cultivar down and, once doing so, received a fairly good yield. The bright side of the break up was there was tons of kief mixed in with the broken down bud. However, I had to spend an irritating amount of time pulling small pieces of stems from the pile which I was not a fan of. The dry pull was overloaded with flavor consisting of vanilla cream and pine, very similar to what I received on the nose.

When I sparked the MAC1 in an organic RAW, the first few inhales were earthy and a bit dull. However, the flavor started to pick up about a quarter of the way in as I started to pull in a sweet and savory vanilla flavor with a variety of floral and pine. The creaminess each pull brought in was exhibited on the way in as well on the way out. I felt a sweet but mustier taste through the exhale but the flavor on this cultivar was extremely balanced. The pulls were more along the lines of smooth and clean than they were gassy. Throughout the sesh I didn’t notice much change in flavor from those I mentioned above as this cultivar was stereotypical to a lot of previous offerings of MAC1 I have had. The burn was a bit faster than I expected it would be but the ash that ensued was as white as the snow on the ground today. May I add that the terp ring was seemingly underwhelming. All in all, the smokability was enjoyable on this and, although this wasn’t the best MAC1 I have ever sampled, I was far from disappointed. 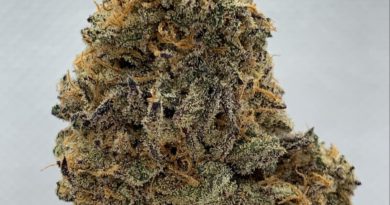 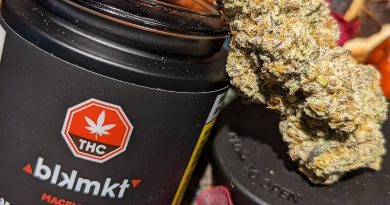 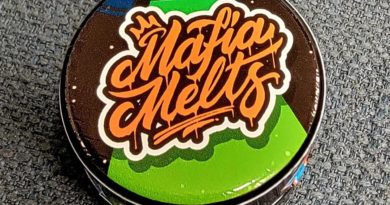