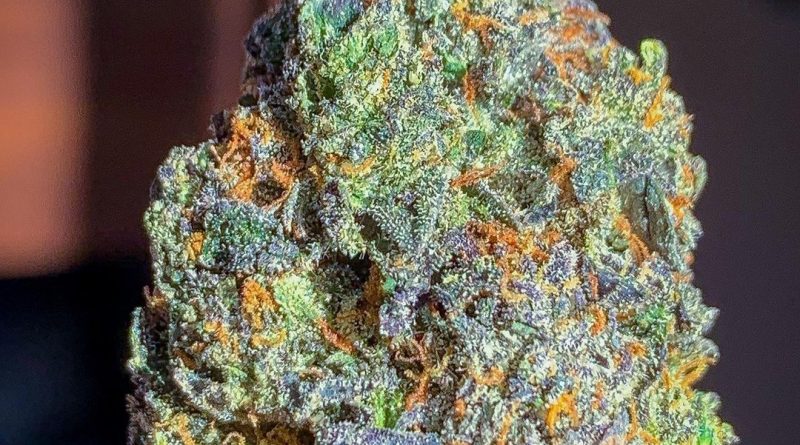 24k Exotics decided to bring 2020 to a close with something truly special added to their lineup — Rusherz. My eighth consisted of two thick and chunky nugs with the largest weighing in at just a tad over 2 gs. Rusherz nugs are dense but has a fair amount of give when squeezed and grinds up fluffy and soft. Rusherz possesses a darker complexion overall, however in the light the flower erupts with color. Paris to parakeet greens make up the base of these buds, with soft but deep lilac purples speckled across the exterior and sugar leaves. Like cobwebs, semi-sticky trichomes are sprawled across the surface of Rusherz giving the bud that candied look, but the fiery pistils scream potency as well.

Magic was made between this cross of Fidels Runtz and GNBs Black Gushers. Opening the mylar, the sense are overloaded with the smell of sour candy (think licorice/laffy-taffy) and a sweet ‘whiteboard marker’ like gas with floral notes on the back end. The Zkittelz/Runtz terps really shine through on the nose. The flavor is no joke either. Rusherz is very reminiscent of some of the best Lemon Cherry Gelatos on the inhale amplified by tangy tropical fruit and creamy hazelnut with each hit. Beneath that initial blast to the palate lies a jet-fuel like funky gas paired with a lemon pepper like kick on the back end.

It only takes a minute for the effects of Rusherz to arise, quickly transporting mind and body towards a state of tranquility. Starting with a pretty fierce head change and subsequent ‘face melt’ like feeling, Rusherz empties the mind, and left me feeling stress-free, mellow, yet surprisingly clear headed for the duration of the high. On the physical end, calming waves leave the body heavy and lethargic, but not totally shut down either, and I find these effects to be more therapeutic than energy draining.
#Budfinder
•
•
•
•
#dcbud #dc420 #420 #dcweed #stoner #marijuana #dccannabisculture #strainfinder #thc #dccannabis #puffpuffpass #dopesmoke #dmv420 #topshelf #stoner #whiteashonly #cleanmeds #i71 #runtz #blackgushers #rusherz 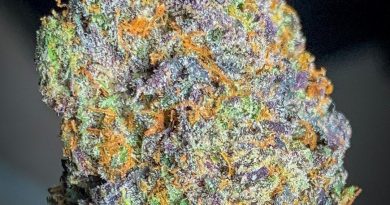 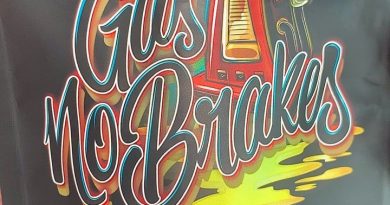