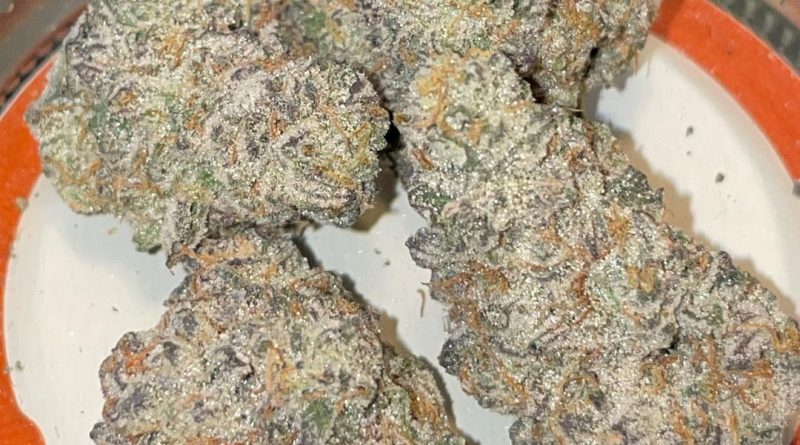 Hey what’s up everyone? It’s finally the weekend and I’m going to set the tone off right with another review. Got Maine? Well I do for this one as we are going to dive into the Kush Mintz from The Honeysticks. As I mentioned the last time I reviewed their Chocolate Dipped Bananas, The Honeysticks are one of the many brands from Northern Maine who have sprouted to local fame with their breeding and selection of some cool yet bizarre strains. After the review, I had a chance to talk to them in the DMs and they were suggestive about trying the Banaconda (Snakes cake x Dual OG cross) in the future. Although I have not gotten my hands on that cultivar just yet, I had my hopes high that their Kush Mintz would not disappoint. Let’s waste no more time and get into the facts!

When I was gifted the Kush Mintz from a friend it was given to me in a small-but-wide glass jar with a black metal twist off lid. Once the lid was removed, I gained a moderate nose on this one filled with underwhelming notes of sweet and creamy must. Additionally, I sensed a faint smell of vanilla and pine on this cultivar; however, I noticed there was an absence on the wintergreen mint taste you will find on this particular strain. This four nug eighth consisted of boulderish buds that were dense and heavy in texture. Each one possessed a fat cola as well as above average appearance.

The nugs were an even mix of lighter green to darker green colors to go along with shades of violet and darker purple. Although some consisted of a fair amount of lighter-to-darker colored pistils, it was hard to notice them over the thick triche coverage that consumed the body of each bud. The yield I received upon breaking the buds up was ok but a little kiefy and dusty as a result of the density. Even upon breaking up, I couldn’t hone in on a mint smell as the nose on this cultivar was strictly creamy. Once rolled up, the dry pull on the joint consisted of a sweet mint Creme taste which gave me a light of hope towards the potential flavor.

When I sparked the Kush Mintz up in an Organic RAW, the initial inhales were familiar to the nose as I pulled in sweet, creamy, musty and vanilla like terps with a hint of pine. On the way out, I retained a lot of the must from the inhale but gained more of a minty, creamy type taste. I also noted a light doughy flavor as well as earth and wood. The pulls were gaseous, however, not enough to make me cough due to the smooth nature of them. The deeper into the sesh I got, this cultivar developed an OG-like taste to it which meshed in very well with those creamy, vanilla terps. I have developed somewhat of a niche reviewing different Kush Mintz offerings and this stood close to the top. The flavor lasted down to the wire with a blatant doughy finish coming in towards the end of the sesh. This cultivar burned exceptionally well forming a thick white ash throughout. Overall, I couldn’t say much that I didn’t find enjoyable with the smokability on Honeysticks’ Kush Mintz.

As I expected, the medicinal effects on this cultivar were energetic and inspiring. They started to sit in towards the tail end of the sesh, beginning with a cerebral feel and slight raciness. About a half hour into the high, I felt extremely perceptive and energetic which almost made it difficult to stay in place. This cultivar did a good job opening up my creative abilities as well as my ambition to stay organized with the task at hand. In general, the medicinal effects from this cultivar were suitable for daytime use and lined up pretty well with my past experiences seshing with it. I found the effects particularly useful for my workouts as well as any other task throughout the day needing to get done. The duration wasn’t astounding but this did last around an hour and half with consistent effects throughout. All in all, the high that this cultivar resulted in did not disappoint me at all and was what I was expecting for the most part.

After having the chance to try the Kush Mintz cultivated by The Honeysticks, I would honestly say it was a solid Sophomore review for them. Although I thought the Chocolate Dipped Bananas had a slight edge, the Kush Mintz were still highly desirable making it a seamless fit for Sativa lovers and daytime chiefers. This was also a fairly gassy version of Kush Mintz so this probably will have the appeal to smokers who enjoy a heavier hitting cultivar. Overall, another above average offering by the Honeysticks who I will hope to have more material up on in the future. 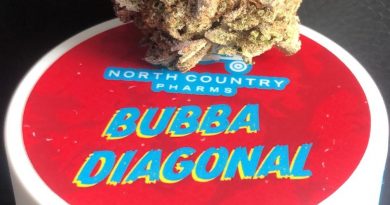 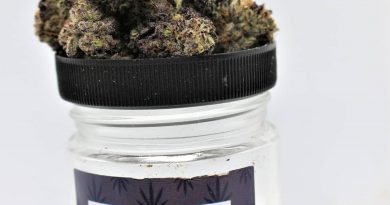 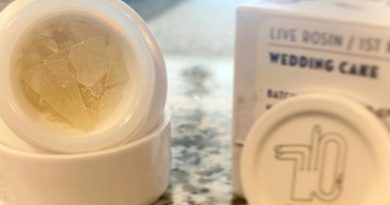